Monday, January 30
You are at:Home»News»Sarawak»Flash flood hits Sibu Jaya PPV, but vaccinations continue
For the freshest news, join The Borneo Post's Telegram Channel and The Borneo Post on Newswav. 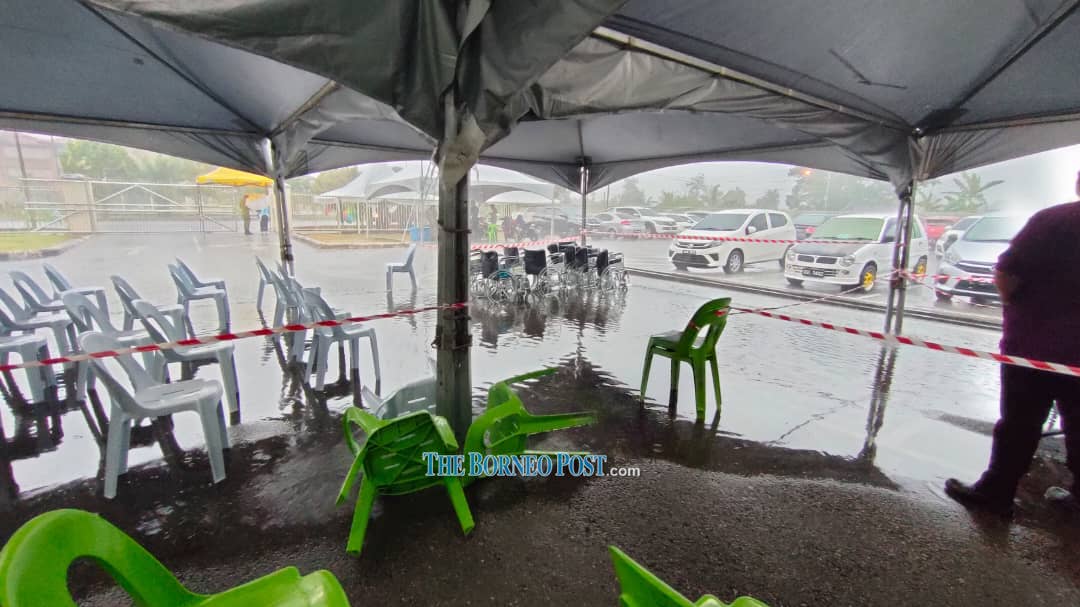 However, Sibu Divisional Health officer Dr Teh Jo Hun said the flash flood did not disrupt operations at the PPV.

“Yes, the flash flood happened. However the PPV at Sibu Jaya Community Hall is still operating as usual.

“It is believed that the flash flood happened because of the stagnant water in low-lying areas due to blocked drains,” he said.

Dr Teh said he hoped the flood waters would recede quickly.

He said the department has notified the hall’s management and the relevant agencies to ensure that incident would not recur and affect the vaccination programme.

Heavy rain since early this morning caused low-lying areas to be inundated.

Flash flooding affected the PPV’s check-in counter and waiting area located next to the community hall.