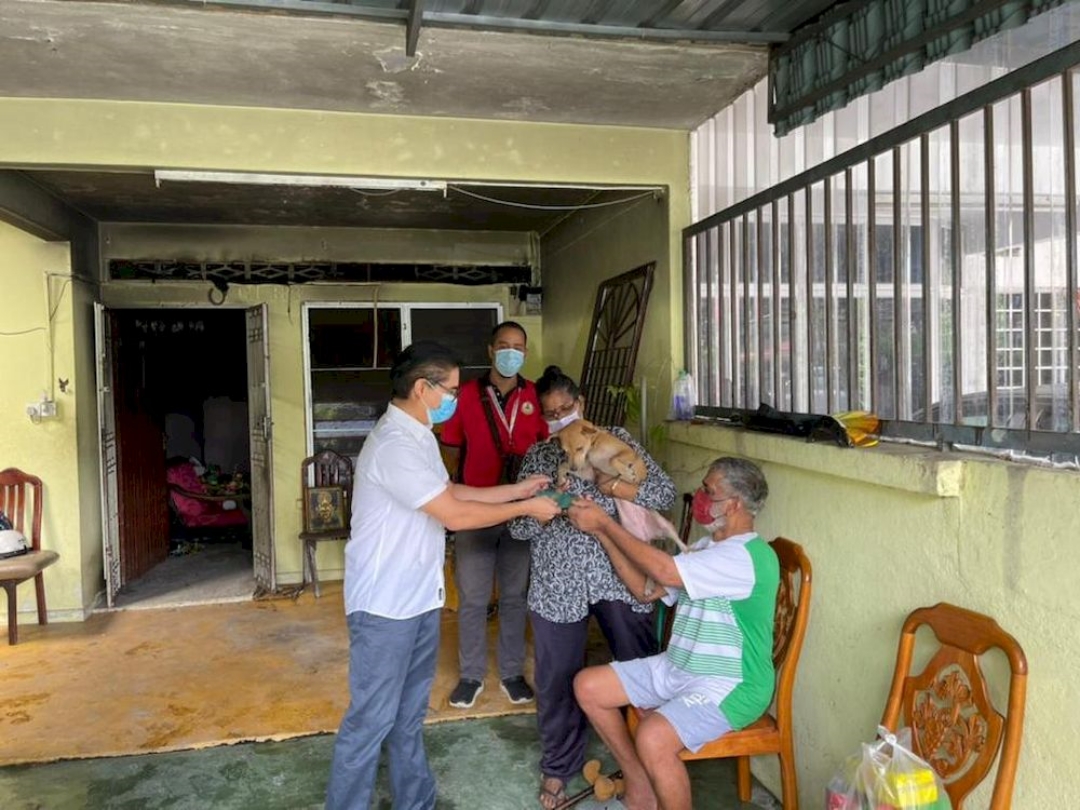 IPOH (June 24): With an instinct for danger, an eight-month old puppy, Anandaveli desperately bit the cheeks, ear and pulled the hair a member of a family of five to save them from a fiery death in Teluk Intan, about 90 kilometres from here, today.

In the incident at about 5 am at a double-storey terrace house in Eastern Garden, one of the fire victims, A. Vimala, 53, was roused from sleep by the alert female puppy.

She suddenly realised that a fire was raging in the middle of the house where the family usually performed their prayers.

“I was half awoke initially. I thought Anandaveli acted the way because she was thirsty, So, I told her to go to the kitchen.

“But I came to my full senses and became aware of the fire in the house as Anandaveli continued to frantically drag my leg.

“I immediately screamed at my children, namely, Raaghi, 23, Prakash, 22 and Vimalan, 18, to save themselves by running out of the house,” she told Bernama.

Commenting further, she said, upon exiting the house, she realised her husband N. Marimuthu Naidu, 58, who was partially paralysed was still in a room at the back of the house when the fire was blazing.

“I ordered my youngest son Vimalan to save his father. He risked his life running through the inferno and carried his father out of the house in time,” said Vimala, adding that they were putting up at her mother’s house in Jalan Laksamana.

Meanwhile, Pasir Bedamar State Assemblyman, Terence Naidu said the fire was doused by a team of 12 firemen in two fire engines from the Teluk Intan Fire and Rescue Station at about 6.30 am and losses were estimated at RM50,000.

“We will assist Vimala and her family in food and money. We will also get assistance for her from the disaster fund at the district office. We will also try to get a People Housing Project’s housing unit for the family,” he added. – Bernama