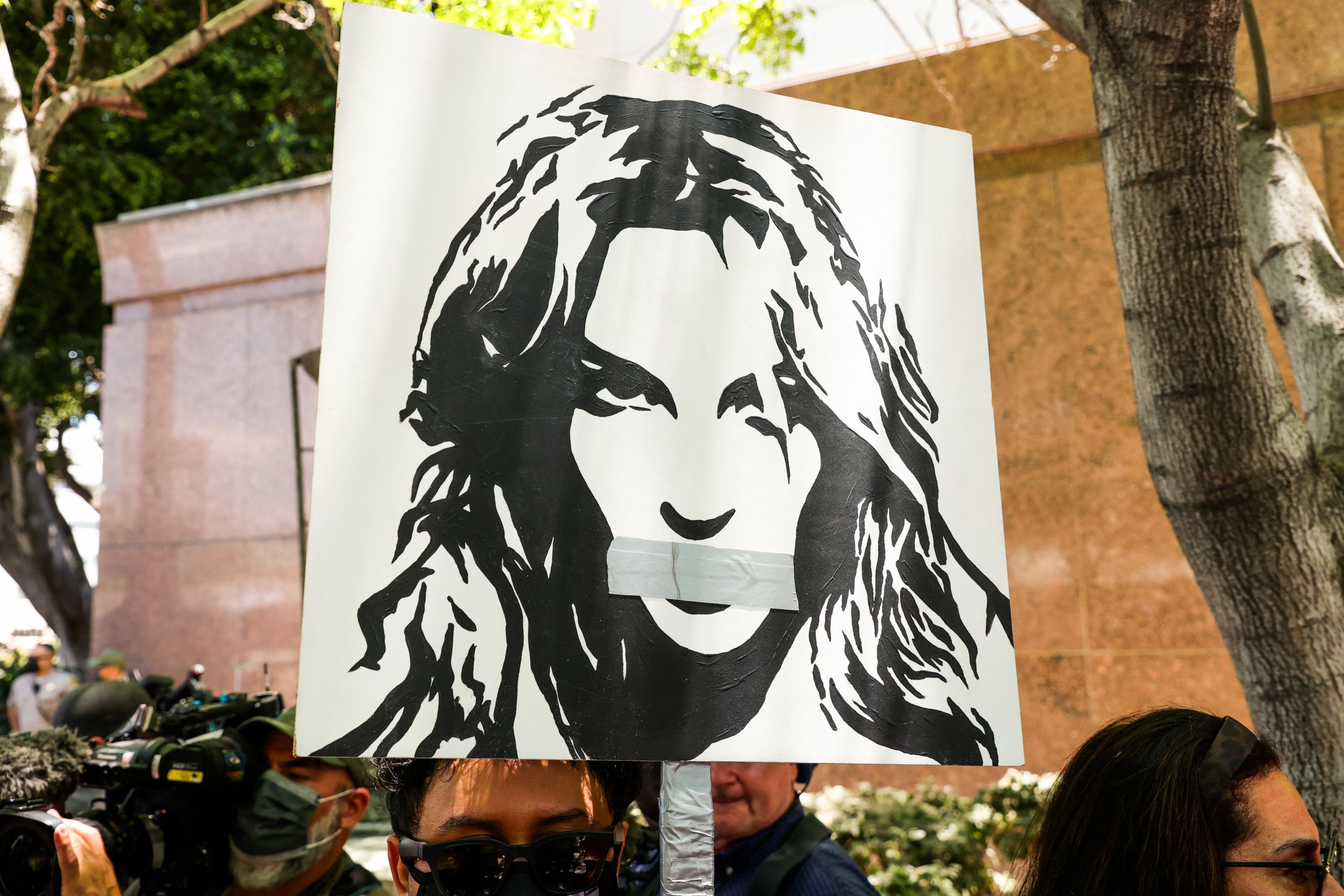 LOS ANGELES (June 24): Britney Spears urged a judge in an emotional hearing Wednesday to end an “abusive” guardianship that gave her father control of her affairs in 2008.

“I just want my life back. It’s been 13 years and it’s enough,” Spears said in the 20-minute address via videolink as diehard fans chanted their support outside the courtroom.

The 39-year-old star’s finances and personal life have been largely managed by Jamie Spears since her highly public breakdown more than a decade ago, leading some fans to launch a ‘FreeBritney’ online campaign in recent years.

In a speech where Spears barely stopped to catch her breath, the star said that, under the legal arrangement, she has been prevented from having a contraceptive implant removed, despite wanting more children.

The mother of two said it had left her “traumatised” and “depressed.”

“I’m not happy. I can’t sleep. I’m so angry. It’s insane,” she said, adding that she cries every day.

“I truly believe this conservatorship is abusive. I want changes, I deserve changes,” Spears pleaded to Judge Brenda Penny.

The singer has rarely spoken directly about the guardianship but her lawyer Samuel Ingham said in April that Spears wanted to directly address the court, resulting in Wednesday’s hearing.

Spears has long had a difficult relationship with her father.

Last year, she filed to remove him from the conservatorship and give sole power over her estate to a financial institution. Her court-appointed lawyer said she was “afraid” of her father.

Devoted Spears fans have long scoured her social media accounts for hints about her well-being, and any sign that she may be eager to throw off the guardianship.

Confidential records published Tuesday by the New York Times said Spears told a court investigator that the conservatorship had “become an oppressive and controlling tool against her” as far back as 2016.

Spears reportedly said the guardianship system had “too much control … Too, too much!” and that she was prevented from making her own decisions on friendships, dating, spending and even the color of her kitchen cabinets.

According to the Times report, Spears told the investigator that she wanted the conservatorship terminated as soon as possible, and that she was “sick of being taken advantage of”.

Spears’ revelation that the conservatorship is preventing her from removing a contraceptive IUD — despite her wanting to take authority of her own birth control medication in order to get pregnant — sparked further outrage from fans and reproductive rights groups online.

“We stand in solidarity with Britney and all women who face reproductive coercion. Your reproductive health is your own — and no one should make decisions about it for you. #FreeBritney,” Planned Parenthood president Alexis McGill Johnson tweeted Wednesday.

Spears is currently responsible for footing the legal bills for both sides — including the hefty fees charged by the attorneys opposing her in the case.

The controversy surrounding Spears’ legal case exploded following the February release of the documentary “Framing Britney Spears,” which chronicled her initial mental health struggle and her father’s ensuing appointment as her guardian.

Spears said she was “embarrassed” by her portrayal in the documentary, in which fans say she is essentially being held prisoner and claim she has been sending coded pleas for help.

Following her 2006 divorce from Kevin Federline, and the loss of custody of her children the following year, Spears was snapped by paparazzi, barefoot and shaven-headed, at a gas station.

Under her father’s guardianship, Spears swiftly returned to performing. She released three albums, appeared on various television shows and even took up a Las Vegas residency.

But in January 2019 she abruptly announced she was suspending her performances until further notice.

She said her father and associates regularly threaten her.

“If I don’t do this, what they tell me to do, enslave me to do, they’re gonna punish me,” she said.

Spears said doctors forcefully put her on medication that made her feel “drunk” and that she was not even allowed to get changed in privacy or drive her own car.

Jamie Spears’ lawyers say he has done an excellent job of managing his daughter’s finances.

But a judge ruled in February that both Spears’ father and wealth manager Bessemer Trust would oversee the pop star’s finances, denying Jamie Spears’ bid to keep sole power to delegate investments.

In a statement read in court, a lawyer for Jamie said he was “sorry to hear her in so much pain” and that he loved his daughter “very much”. — AFP