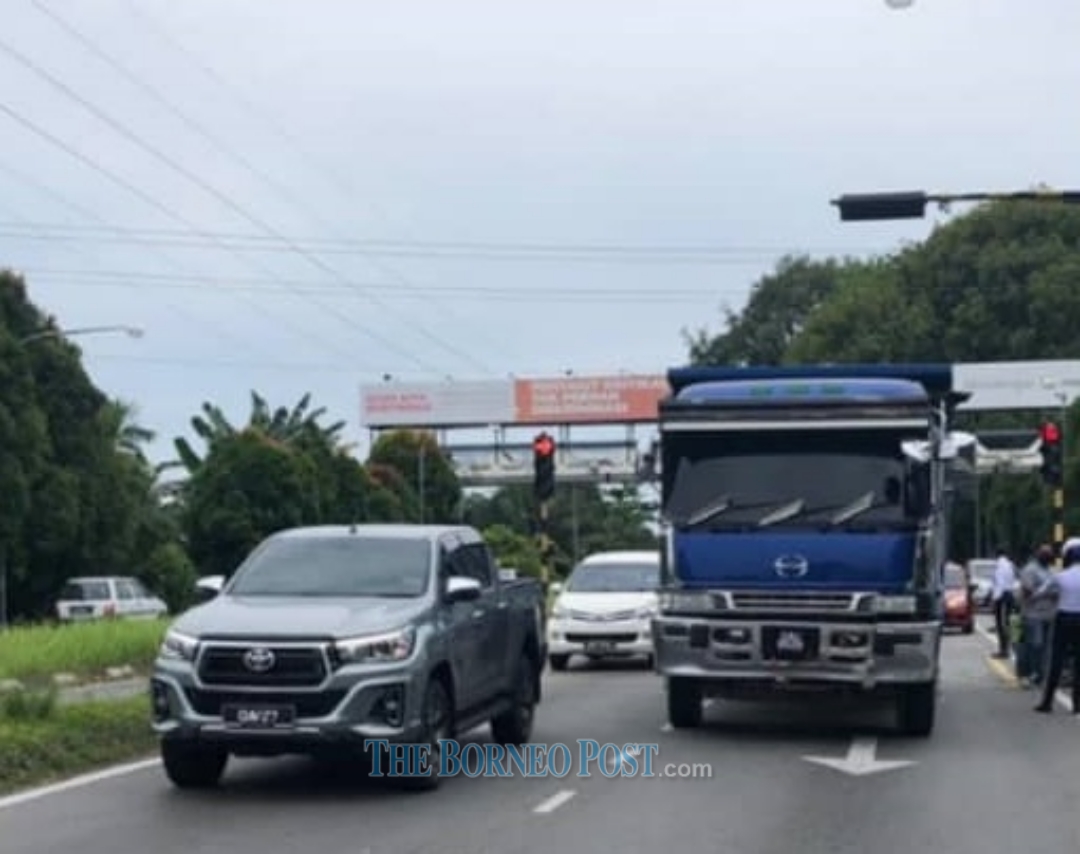 The lorry seen at the scene of the accident.

KUCHING (June 25): A motorcycle pillion rider succumbed to her injuries yesterday following an earlier accident with a lorry at Jalan Tun Razak here.

He said the woman was travelling with a 23-year-old man when the accident happened at a traffic light intersection at 10.45am.

The motorcyclist, who hails from Jalan Puncak Borneo, sustained light injuries to his right leg in the incident, Alexson added.

“The lorry was travelling straight along Jalan Tun Razak when it clipped the left side of the motorcycle which was making a turn to Jalan Datuk Bandar at the traffic light intersection.

“Early investigations revealed the lorry failed to stop at the traffic light intersection which led to the accident,” he said, adding the impact of the collision caused both victims to be thrown off their motorcycle.

The 24-year-old lorry driver, who was transporting stones from Bau to a company in Jalan Pending, did not sustain any injuries in the incident.

“He has been arrested for investigation under Section 41(1) of the Road Transport Act 1987,” said Alexson.