Sunday, November 28
You are at:Home»Columns»Just another point of view»Welcome to Sarawak – A foodie’s paradise! 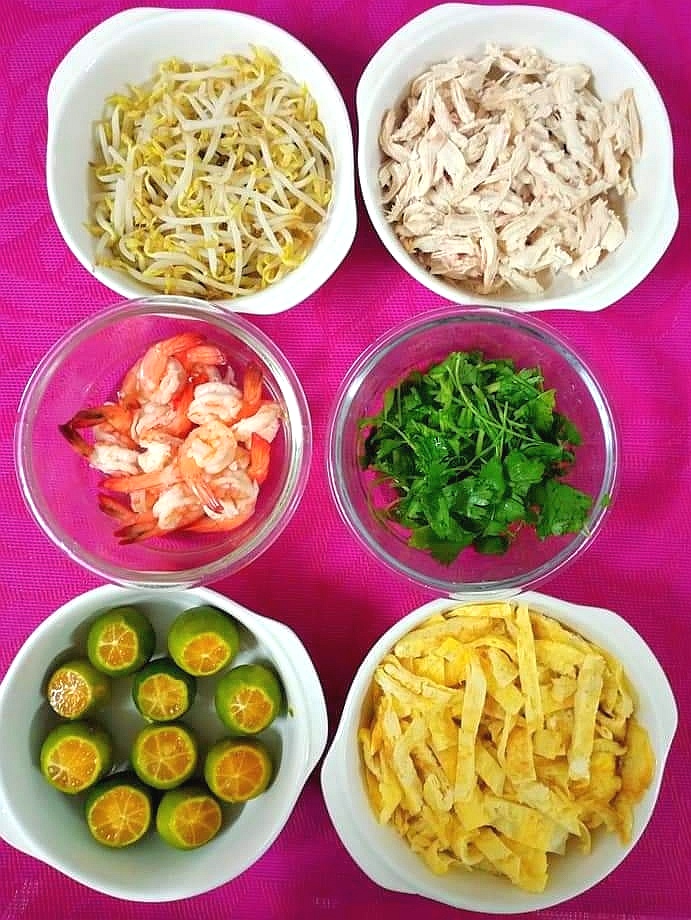 The many ingredients that go into a bowl of laksa – plus the broth.

TO do justice to the myriad of wonderful, delicious and unique foods and dishes of our beloved land of Sarawak, one needs to write a book – in fact, several books – as the range encompasses ethnic to Peranakan to fusion to local hawker’s street-food and right up to fine-dining; it would also have to take into consideration the many different races and dialects as well as tribal differences that abound.

Within my allocated thousand-plus words, I’d endeavour to skim just the surface!

In 2015, I was involved in researching and writing the 17-page chapter on ‘The Flavours of Sarawak’ in the ‘Official Guide to Sarawak’, which was jointly published by the Sarawak state government and Leisure Guide Publishing, owned by Regina Fabiny.

Up to date, it is still the definitive work on the subject, although a few of the suggested eateries are no longer operating after so many years.

Growing up in the 1950s and 1960s in Kuching as a child, there were very limited choices of foods available then. I can only remember a few coffeeshops and hawker stalls around the downtown area of Carpenter Street, Ewe Hai Street, Main Bazaar and Jalan Padungan – and the selections available for breakfast and lunch were Kolo Mee, Laksa, Chicken Rice, Mee Jawa, Kuih Tiaw Goreng and Satays. In the evenings, there were very few restaurants, mainly Chinese ones, which served traditional old-fashioned dishes like ‘Drunken Chicken with Ham and Kailan’, ‘Steamed Teochew-styled Pomfret, ‘Yam bBasket’, ‘Suckling Pig’, ‘Mongolian Lamb’ and ‘Sizzling Beef’.

It was only later on, in the mid-1970s and starting in the 1980s, when the international chain hotels like the Holiday Inn had arrived that we were exposed to some Cantonese cooking as well as the famous dim sums; as more adventurous dishes were being concocted up by the imported chefs from Hong Kong, Singapore and Kuala Lumpur like the ‘Peking Duck’, ‘Tong Po Ro’, ‘Five-Special Cold Dishes’, and other newer names started appearing on the menus.

Our exposure to more international travel had also whetted our appetites for cuisine hitherto not experienced by our palates.

First came Thai food, the Tom Yums, Pandan Skewered Chicken, Pad Thais and the assorted varieties of seafood and yummy spicy dishes that appealed to many locals. Then came the Japanese wave when an adventurous Singaporean, Richard Loi, had started the Minoru Robata Japanese restaurant sometime in the early 1980s – till this day, it is still the best Japanese eatery in town!

At last count, there are almost a hundred Japanese eateries, big and small!

Western food was introduced very early on in the 1970s by the famous San Francisco Grill, and it had very quickly being followed by newer copycats too many to name.

Prior to this, the Le Coq-Dor on top of Electra House as well as the Aurora Dining Room were already popular places that appealed to the crème de la crème of the local high society.

Most of their imported meats were supplied by the No 1 importer in town for many years, Ting & Ting Supermarket.

Lately, the Korean food craze has caught on somewhat especially among the youngsters and those who have been glued to their devices and screens watching Korean drama series. Easier and more affordable travel (prior to Covid-19 days) means that many have actually been to the places where this newly-acquired taste originates from – be it Seoul, Taipei or Hong Kong. 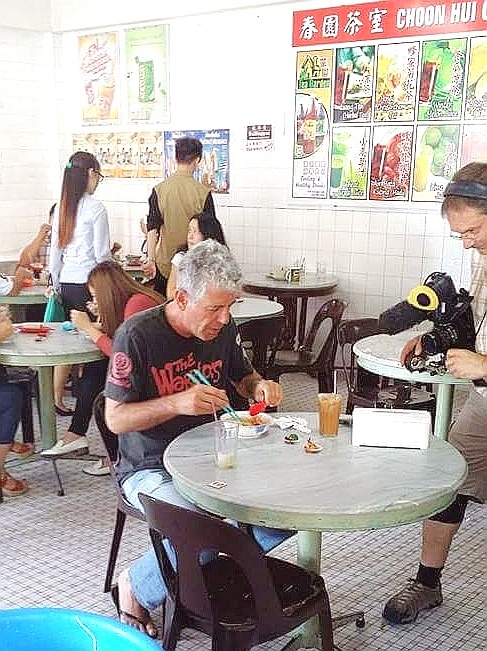 Photo taken at Choon Hui Coffeshop in Kuching in 2015 shows Chef Bourdain enjoying a bowl of Sarawak Laksa, which he had called the ‘Breakfast of the Gods’.

I believe that it was Anthony Bourdain who had said that ‘street food (hawker food) is a good thing’.

Talking to the Singapore Straits Times back in 2017, the global celebrity chef had said: “Singapore has solved the problem of hawking in an elegant manner. Street food is a good thing and they saved it by moving it indoors and imposing some regulations for safe food handling.

“They understand that street vendors are multi-generational operations of people who have been doing the thing they are doing very well over time. It’s worth preserving in the face of the terrible onslaught of generic fast food chains!”

If one turned back the clock and try and pinpoint a time when street food (hawker food) took a turn for the better in Kuching, it had to be sometime in the mid-1980s.

I would venture to say that the first wave of the original godfathers of the famous hawker foods like Laksa, Kolo Mee, Satay, Chicken Rice and Mee Jawa had all started around the 1970s and were at their peak in the 1980s and early 1990s. Starting around the turn of the century, the second generation of these foodie families had started to take over after working years alongside their fathers, uncles and mothers at their hawker stalls.

No doubt a few had lost interest and left; some had generously allowed other family members like cousins, nephews and relatives to continue by letting them in on their ‘secret recipes’.

The rest had just faded into the sunset.

Today some 30 to 40 years later, the originals are mostly retired or gone; some second-generations are left, but mainly, the third and the newer youthful family members who have taken over and are running the show.

Some too have ventured into the franchise business with fast-food brands like KFC, McD, and the numerous others in the Korean fried chicken craze and ‘Ayam Penyet’ and ‘Curry House’ chains.

Yet, others have left the industry altogether.

I have been most impressed to see that in recent years, a few specialists in our ethnic foods category have ventured forward, made a mark for themselves and met with great success in offering us ‘the real deal’ – locally grown or wild ferns, vegetables, roots, and other locally sourced ingredients; and all cooked authentically in their own unique special styles and being offered on a commercial basis. 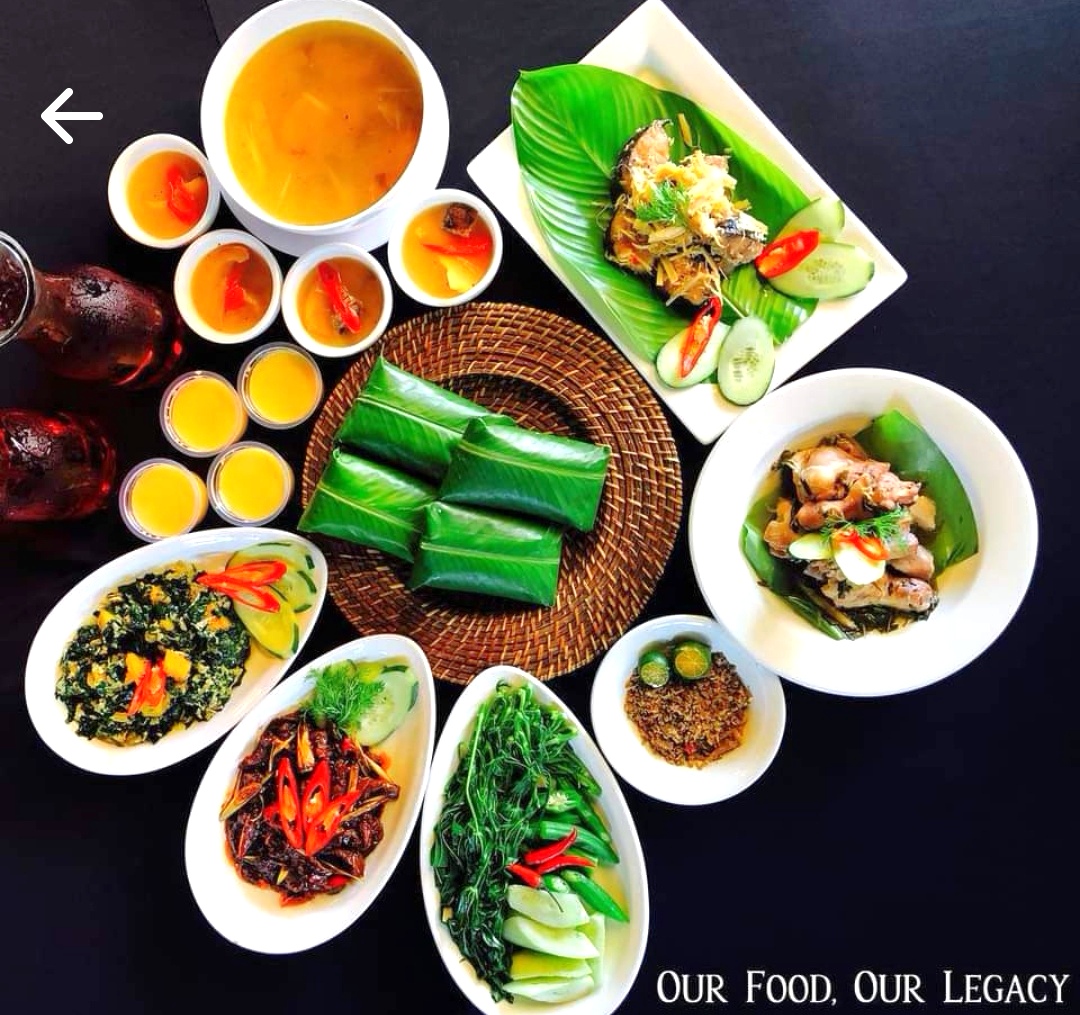 Local delicacies make up the ethnic wonders of the tasty food at Le’Pau.

I have tasted them all and they’re simply great and delicious: I’d like to name some of them (specialists) in particular – Le’Pau (Roselyn Lah/Livan Lah); Telang Usan (Audry Wan Ullok); and Bario Specialties (Carol Ruran-Joseph).

I also understand that Society Atelier Sarawak, led by Edric Ong, Jacqueline Fong and Datin Dona Drury-Wee, in conjunction with Kuching South Mayor Dato Wee Hong Seng and other agencies, have put up an application to Unesco for Kuching to be recognised as a ‘Unesco Creative City of Gastronomy’.

It would be a world first for Malaysia – if we’re successful! Good luck guys!

At the same time, the Sarawak Heritage Society (SHS), led by James SL Yong and Donna Yong (no relation) have set up an active sub-committee to research, study and ‘inventorise’ certain aspects of the Intangible Cultural Heritage (ICH) of Sarawak, which includes everything about local ethnic foods.

The two visits and the subsequent exposure on his shows that Chef Anthony Bourdain had made to Kuching, has promoted Laksa Sarawak to being a household name throughout the known world where his shows have been seen – over the past 17 years, Bourdain’s four different television shows (‘A Cook’s Tour’, ‘No Reservations’, ‘The Layover’, and ‘Parts Unknown’) have been translated into 28 languages and have been seen in over 50 countries.

Anyone with an interest in travel, in food and in adventure would definitely have taken note at the back of his or her mind – yes, one day I must go and try that dish that Chef Tony had called the ‘Breakfast of the Gods!’.

That’s just the door-opener – imagine the wealth and the range of culinary delights any first time traveller would find here in Sarawak once he has landed!