Sunday, January 29
You are at:Home»Business»Good going for Sapura Energy in 1QFY22
For the freshest news, join The Borneo Post's Telegram Channel and The Borneo Post on Newswav. 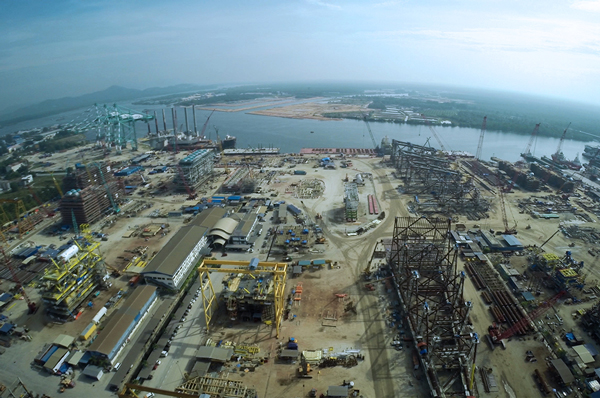 In E&P, Sapura Energy reported strong growth in prospects through stable production from all assets. SK408 Jerun’s contract has progressed into execute phase and on schedule, while Petronas is navigating for joint development with PTTEP’s Lang Lebah for SK310 B14.

In a filing with Bursa Malaysia, the integrated oil and gas services company said the decrease was attributed mainly to the unfavourable effect of the US dollar exchange rate against the ringgit, as well as a lower share of profit from associates and joint ventures.

Revenue rose 8.4 per cent to RM1.47 billion during the quarter under review from RM1.36 billion previously, mainly attributable to the higher revenue from engineering and construction as well as drilling business segments, it said.

In a separate statement, group chief executive officer Datuk Mohd Anuar Taib said Sapura Energy has secured about 95 per cent of its targeted revenue for the financial year 2022 (FY22) and expects the company to exceed the revenue posted in FY2021.

“We are well-positioned to capitalise on the recovering energy industry, given the expected rebound in oil and gas demand.

“At the same time, we will continue to deepen our presence in the renewables sector to ensure we remain sustainable in the future,” he commented on the outlook.

The group’s orderbook stood at RM11.8 billion at the end of 1QF22. The company’s total bids and prospects are currently valued at RM147 billion, with RM51 billion worth of tenders already submitted or in progress, including six active bids in the renewables sector across the Asia Pacific.

Despite the challenges posed by the pandemic, researchers at MIDF Amanah Investment Bank Bhd (MIDF Research) affirmed that Sapura Energy’s business segments had recorded significant progress in their operations.

Notably, its engineering and construction (E&C) reported 37 live projects, and by the end of 1QFY22 had completed five projects.

“Its central processing platform (CPP) fabrication for Mubadala Pegaga reported to be 96 per cent completed, whilst CPP Jacket and Flare Support Jacket in offshore India has been successfully installed. A total of 38 per cent of E&C yard and 52 per cent of key vessels are utilised.

“E&C also records an all vessel utilisation for Petrobras in 1QFY22 from 70 to 100 per cent, with Diamante and Topazio under active tender of a potential 3.5-year contract.

“The operations and management (O&M) segment showcases 13 projects with two new ones starting in 1QFY22, together with a completion of two hook up and commissioning (HUC) scopes.”

As for the drilling segment, activities increased across its rigs, with over 98 per cent utilisation in 1QFY22, which in turn secures longer term contracts for the group.

“In E&P, Sapura Energy reported strong growth in prospects through stable production from all assets. SK408 Jerun’s contract has progressed into execute phase and on schedule, while Petronas is navigating for joint development with PTTEP’s Lang Lebah for SK310 B14,” MIDF Research added.

With this quarter’s bottom-line partially dragged by one-off refinancing expenses, Kenanga Investment Bank Bhd’s research side (Kenanga Research) were are hopeful that upcoming quarters could produce better numbers, especially in 2HFY22, backed by recognition of the group’s order-book of RM11.8 billion, with RM29 billion worth of bids already submitted globally.

“The successful refinancing exercise also saw about RM3 billion short-term debt being reclassified as long-term, thus significantly reducing the group’s immediate borrowings risk for the time being,” it said in its own notes.

“Over the longer-term, the group is also now aiming of having a sizable exposure towards energy transition by the year 2026.”