Saturday, December 3
You are at:Home»News»Sabah»Families afraid of penalty, take down white flag 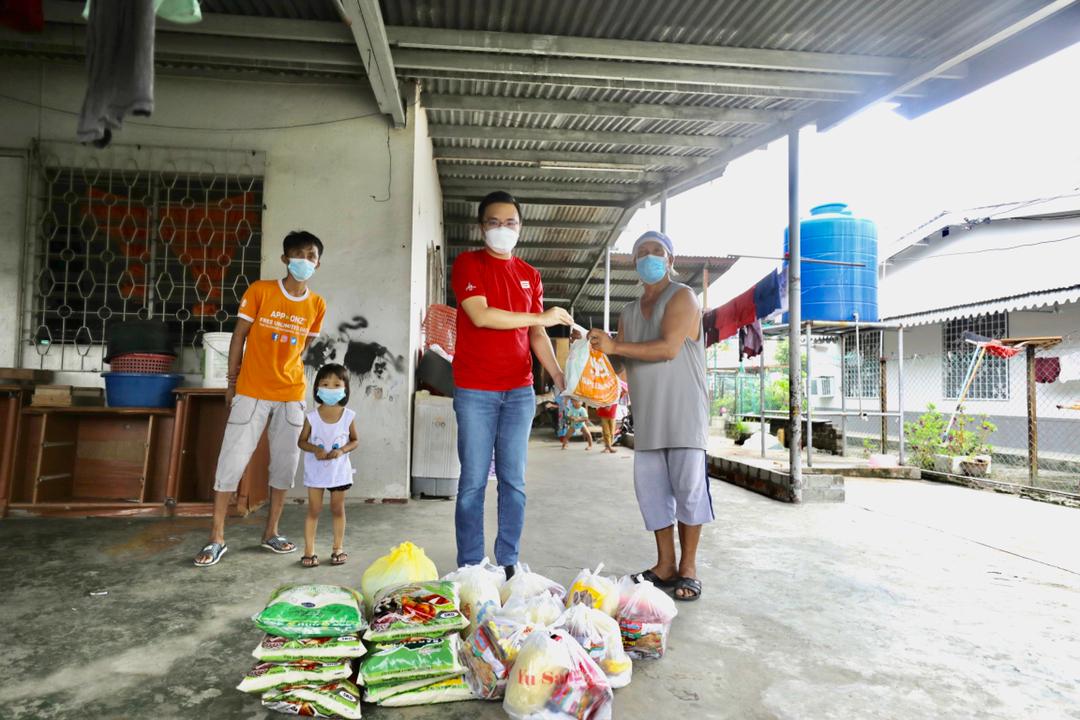 Phoong presenting the food aid to the family.

KOTA KINABALU: Eight families staying at a house at Taman Che Mei in Lido here took down a white flag for fear of being penalised by the authorities.

They replaced it with a placard to ask for aid which they received from Luyang assemblyman Phoong Jin Zhe.

The DAP representative said although state authorities have not issued any warnings to the people not to hoist such flags in Sabah, the occupants became concerned after hearing what transpired in Pahang on Thursday, where people have been warned against putting up such flags.

“Instead, the residents put up a placard with the words ‘we need help’ and pinned it on their gate,” he said.

He said the house occupants just wanted to play it safe, adding they had no money to pay for any kind of fines now. 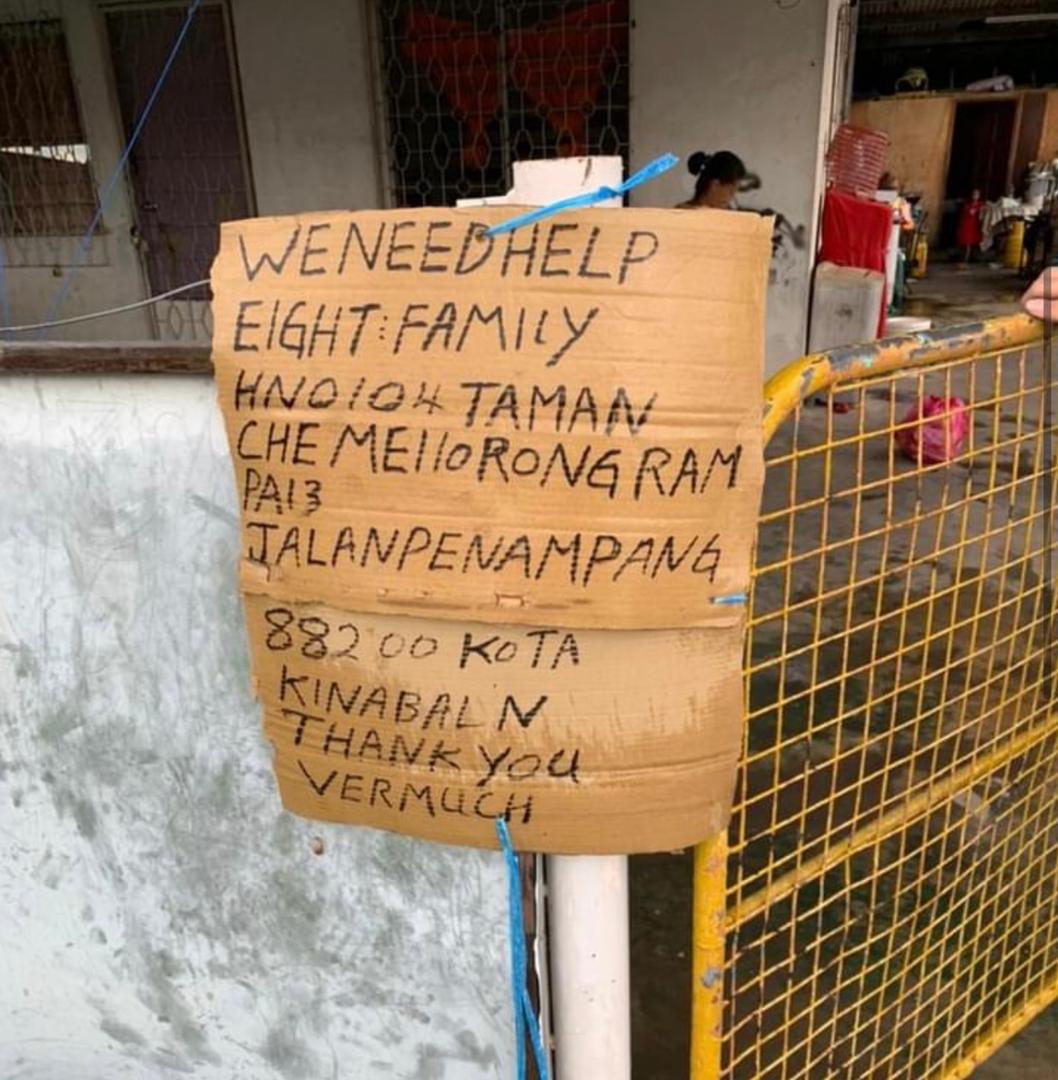 The house occupants pinned this placard outside their gate stating their needs after removing the white flag.

On Thursday, Pahang police told desperate villagers who had put up white flags to take them down because the flags were hoisted on “public amenities”.

Instead, he said, they told the villagers that it was “improper” to hoist the flags on public amenities, such as electric poles.

Meanwhile, Phoong said one of the occupants of the house told him that many of the adults in the house had run out of money because they could not go to work due to the lockdown.

The residents are all part-time workers in grocery stores and restaurants.

“He told me he has been renting at the house for 10 years and that many of the other families in the house are facing difficulties because of the current situation.

“But I have to commend the houseowner ‘Mr Lai’ who was kind enough not to demand rental from the families for the time being. His actions deserve praise,” he said.

Phoong said that he distributed eight packets of food to the families as part of the #LuyangCareAid.
“We realise that the pandemic has been tough on families who are less abled,” he said in his Facebook entry.

Phoong also visited a supermarket to purchase milk formula for children in the families.

“There is not much I can help but I am dedicated and will try my best to help the communities in my area,” he said.