Saturday, October 23
You are at:Home»News»Sarawak»Search still on for remaining prison escapees 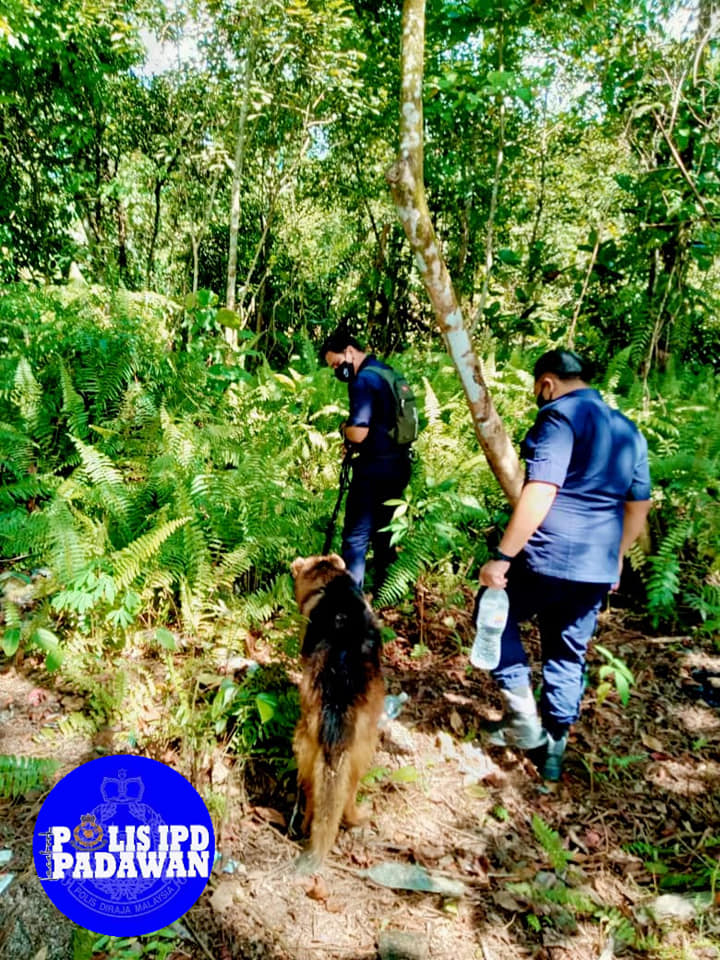 A K9 unit searching the jungles for the two suspects.

KUCHING (July 4): The two male suspects who escaped from remand at the Puncak Borneo Prison still haven’t been found as of 5pm yesterday.

They are identified as Mohamad Fikrry Azzarudin Abdullah, 26, from Sibu who is remanded for housebreaking while Rahmat Simbolan, 38, an Indonesia is remanded for drug trafficking.

“Police have narrowed down their location and the search is on,” said Sarawak Police Commissioner Datuk Aidi Ismail when contacted yesterday.

In a Facebook update, Padawan District police chief Supt Aidil Bolhassan said information hadbeen received at 10.30am on the whereabouts of the two suspects – at Mile 11 Kuching-Serian road.

“It is believed they are hiding somewhere at the neighbourhood in Willow Villas and The Garden,” said Aidil.

He reminded residents of both neighbourhoods to be alert of any suspicious individuals in their midst.

The search party is headed by the Padawan police, together with Tiger Platoon from the General Operations Force, K9 units of the state police headquarters and Puncak Borneo Prison.

Four suspects managed to escape from a prison transit house during a thunderstorm around 5.10pm on July 1.

They escaped by prying open a grill inside one of the toilets and ran through the prison compound towards a nearby jungle.

There are 59 suspects (including the four) inside the prison transit house then.

A prison patrol team arrested one of the suspects identified as Diveni Bunby from Lundu at a PR1MA housing area in Kampung Sinar Baru at 6.25pm.

The same team arrested another suspect, Bobin Bohan from Jalan Puncak Borneo at one of roads in Kampung Sinar Baru at 10.50pm.

Any information regarding the whereabouts of Fikrry and Rahmat can be made to the Padawan police at 082-862233.