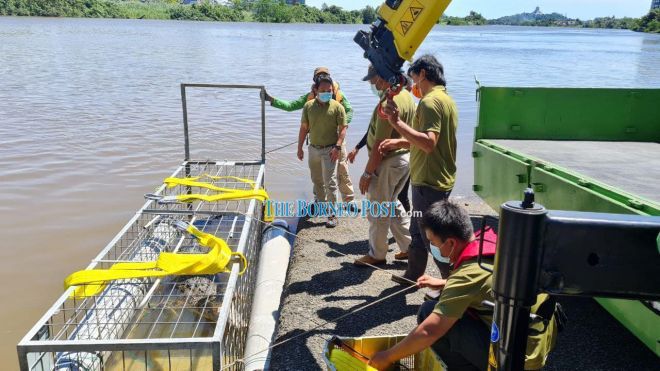 KUCHING (July 5): A crocodile nicknamed ‘Bujang Satok’ was caught by the Sarawak Forestry Corporation (SFC) Swift Wildlife Action Team (SWAT) on the banks of the Sarawak River at Satok, here.

An SFC spokesman said the capture was made through an operation carried out by the SFC SWAT team this morning.

“The crocodile dubbed ‘Bujang Satok’ had entered the trap set for the past five days when the SFC received a report that there was a crocodile presence detected at the location where the crocodile was captured,” he said in a statement.

The reptile, which measures about 11 feet, has been sent to Jong’s Crocodile Farm for further action.