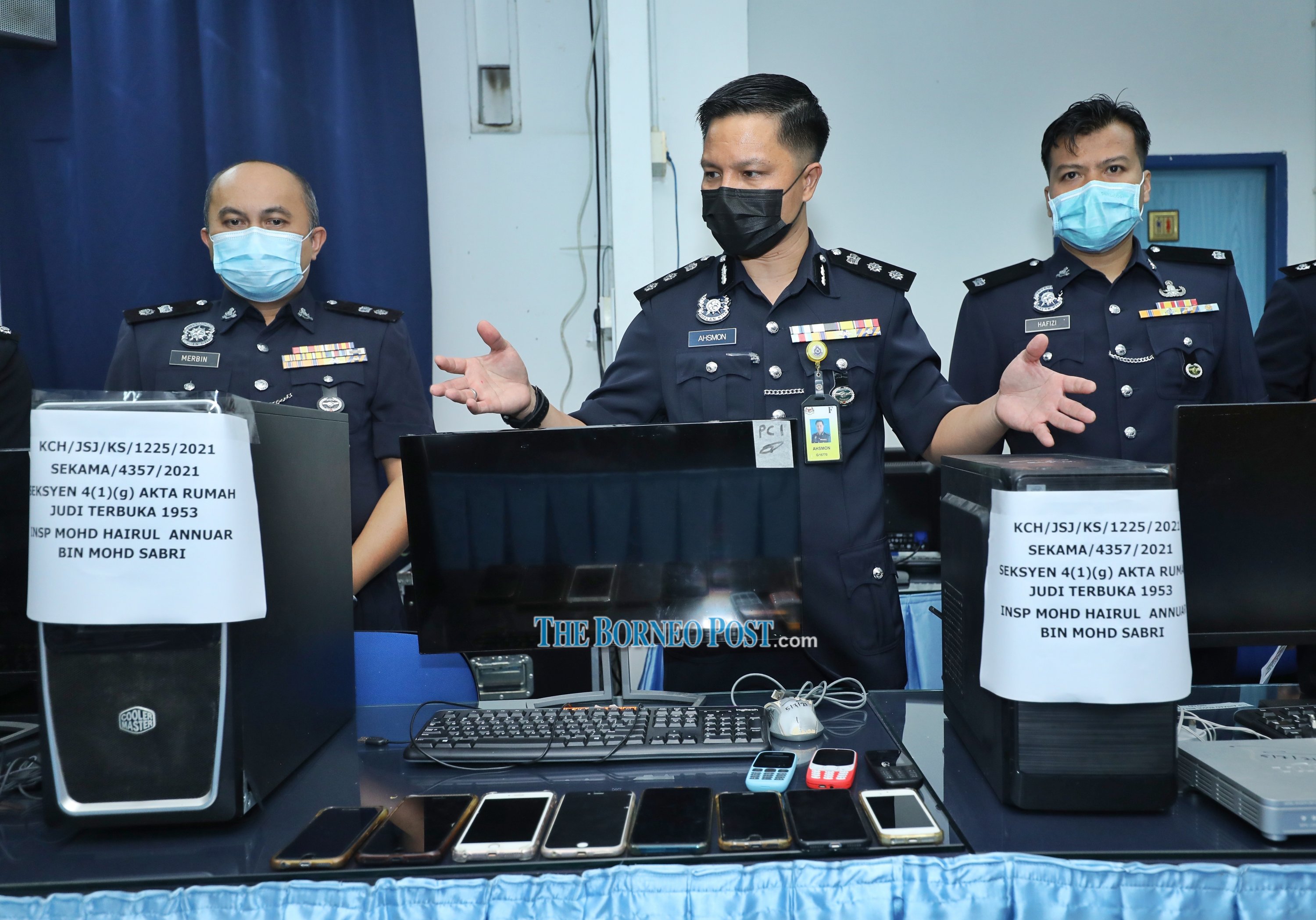 Ahsmon shows the press the equipment seized from the illegal gambling call centre. He is flanked by Merbin (left) and Mohd Hafizi. – Photo by Chimon Upon

Kuching police chief ACP Ahsmon Bajah said six suspects, two of whom were women, aged between 19 and 29 were arrested during a raid on a condominium unit at Jalan Song at 9.30pm on Monday.

“The suspects were paid about RM1,500 to RM1,800 a month. The condominium unit raided was also accommodation for the six suspects with a monthly rental payment of RM1,900,” he told a press conference today.

He said the police are currently tracking the head of the operation, pointing out one of the suspects arrested was the “second-in-command”. 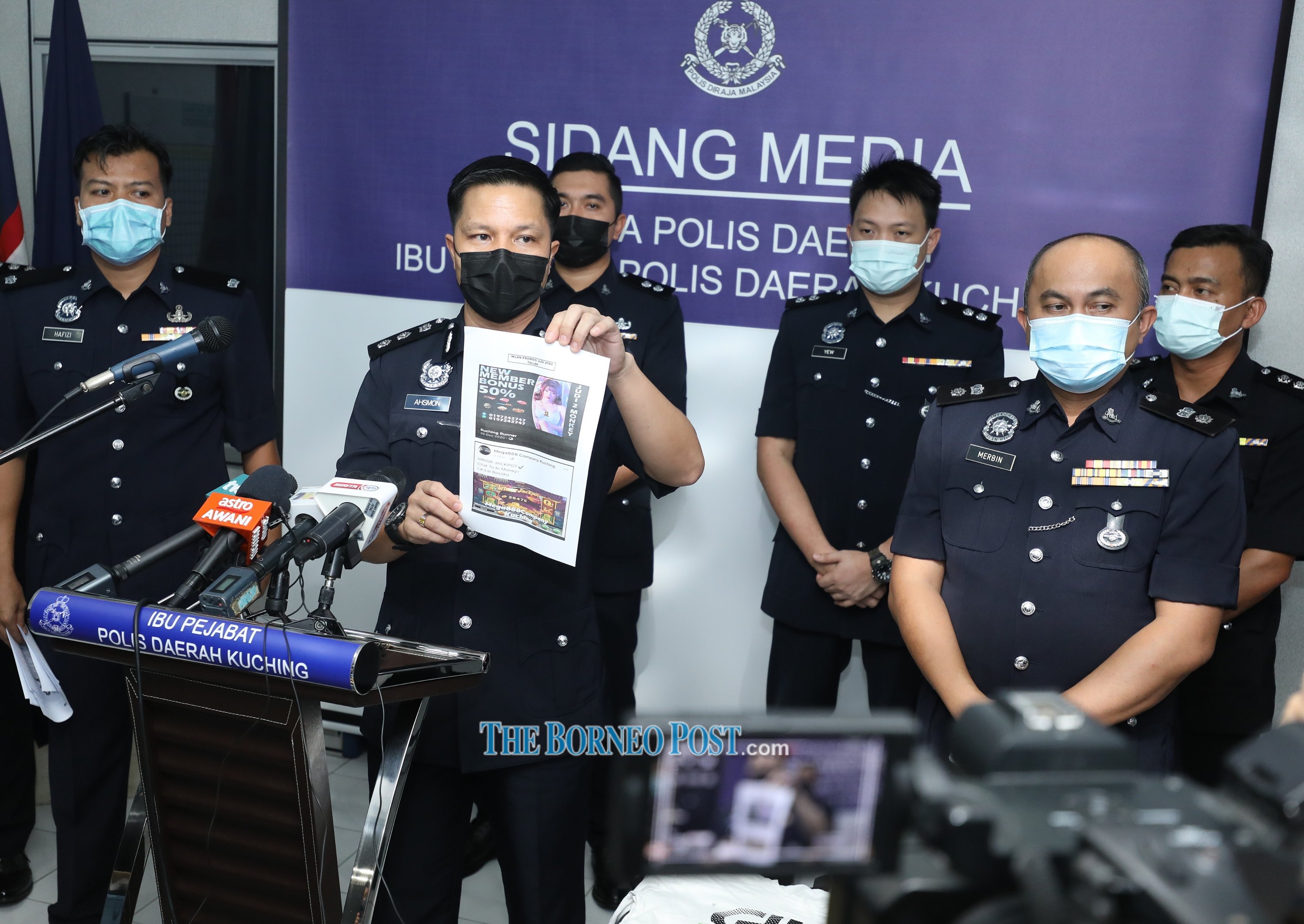 Ahsmon (front centre) shows how the syndicate promoted the online gambling call centre. He is flanked by Merbin (right) and Mohd Hafizi. — Photo by Chimon Upon

Ahsmon added the syndicate’s modus operandi was to promote online gambling through digital platforms such as WhatsApp, Telegram, WeChat, and Facebook.

“The centre was operating 24 hours a day with the suspects taking a 12-hour shift,” he said.

Ahsmon said the call centre had been in operation for about six months.

He revealed it was generating RM16,000 in profits daily or about RM480,000 per month, bringing its total operations earnings to RM2.8 million.

“This kind of illegal operations have caused loss of revenue to the country’s economy as the centre was not licensed,” he said.

During the operation, which ended around 3am, police also seized four desktop computers, 10 mobile phones, notebooks, a router, and other equipment for online gambling.

“An investigation paper has been opened under Section 4(1)(g) of the Common Gaming Houses Act 1953, which carries a fine of not less than RM5,000 but not exceeding RM50,000, and liable for a maximum jail sentence of three years,” said Ahsmon.

He said the suspects could also be liable to a fine of between RM5,000 and RM50,000 for each gambling machine seized.

“We will continue this joint operation to clamp down on activities detrimental to the economy and the community. Gambling is one of the causes for family breakdown,” added Ahsmon.