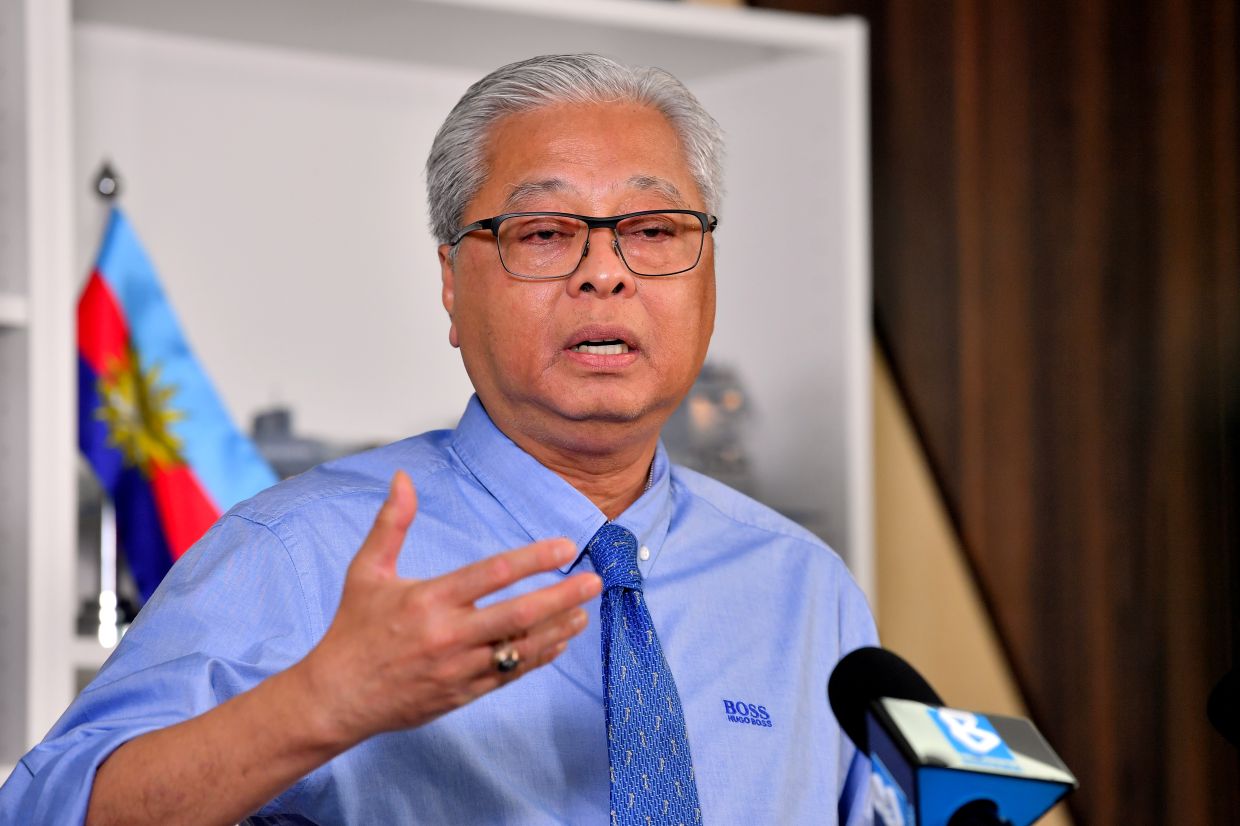 KUALA LUMPUR (July 8): The appointment of Datuk Seri Ismail Sabri Yaakob as deputy prime minister should logically be seen as a way for Umno to regain the mantle of leadership which it lost in the 14th general election in May 2018.

But the appointment of the Umno vice-president appeared not to have gone down well with Umno itself when its president Datuk Seri Dr Ahmad Zahid Hamidi announced the withdrawal of UMNO’s support for Prime Minister Tan Sri Muhyiddin Yassin, something the UMNO chief had been talking about before.

However, at a media conference held after chairing the Umno Supreme Council meeting last night, Ahmad Zahid did not touch on the position of Umno Members of Parliament (MPs) holding positions in the Perikatan Nasional (PN) government led by Muhyiddin.

As a result, there was confusion among Umno members who viewed Ismail Sabri’s appointment as a positive development for the party as it can help in efforts to revive the country’s economy which has been hit by the Covid-19 pandemic, before the country goes into the 15th general election (GE15) later.

Apart from retracting support for Muhyiddin, Ahmad Zahid also asked the prime minister to step down honourably to allow an interim prime minister to be appointed, to focus on combating Covid-19 and then return the mandate to the people after herd immunity was achieved.

Political analyst Dr Che Hamdan Che Mohd Razali said Ismail Sabri’s appointment as deputy prime minister should be regarded as a recognition for Umno and welcomed by all levels of the party.

“Nevertheless, asking the prime minister to resign might well be an Umno strategy since an Umno representative is holding the deputy prime minister post and has a chance to become prime minister,” said Che Hamdan, who is from the Science Administration and Policy Studies Faculty of Universiti Teknologi Mara (UiTM) Raub Campus in Pahang.

He said changing the prime minister now, even for a brief period, would be very risky for the country as it is still grappling with Covid-19.

“It is difficult to predict what would happen in terms of resolution of the pandemic, economic (problems) and political conflict with a change of prime minister, because what is happening now is beyond human control, for example the Covid-19 cases,” he added.

Universiti Putra Malaysia (UPM) Human Ecology Faculty lecturer Associate Prof Dr Mohd Izani Mohd Zain said he could not predict what Umno would be doing next although its action now was solely aimed at pressuring the prime minister to step down.

“If Umno wants to form a new government, who will be Umno’s partners? UMNO has said it does not want to cooperate with PKR and DAP.

“I do not see how this action can have implications on the government unless Umno ministers resign their posts (in government) and there is clearly a new coalition to replace PN,” he said.

Mohd Izani said although the prime minister should be given the full mandate to administer the country well, the country’s success was also dependent on the cooperation of all politicians and the effectiveness of civil servants.

He said there is no guarantee that changing the prime minister would make the country better and that the new leader might also be replaced if success did not come as expected.

The two analysts also said that as Covid-19 was still raging, it is not the right time to hold GE15 although it is regarded as the only way to settle the country’s political crisis.