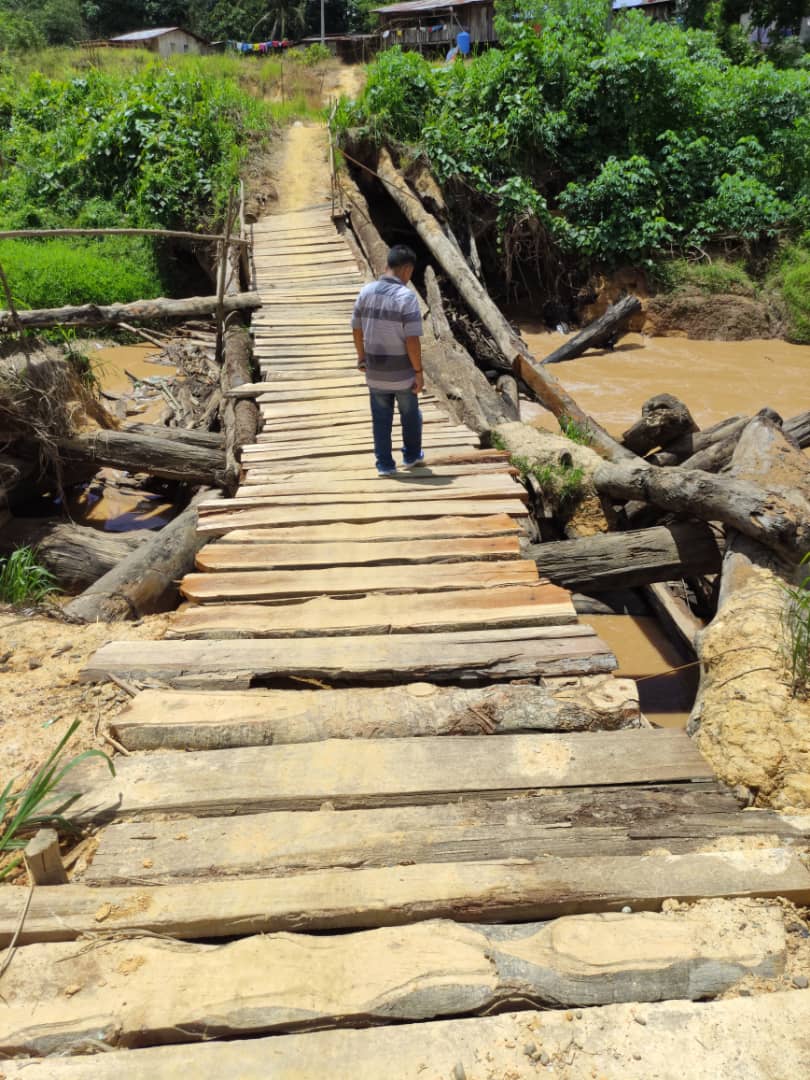 KOTA KINABALU: Life for folks in Kampung Sanang Dalit, Sook has not been easy ever since the bridge there was damaged by a flash flood two years ago.

The bridge played an integral part in their daily lives as it connected them to Kampung Karamatoi and is the short cut for villagers to reach Sook town.

After the bridge was damaged, villagers had to use an alternative route, one that was a longer distance and took a longer time to reach Sook town.

This created problems for the villagers especially when they had medical emergencies as well as bringing their farm produce and commodities to market.

A representative of the villagers in Kampung Sanang Dalit identified only as Lingkungan said they have been waiting in vain for two years to see a new bridge built in place of the damaged one.

“We hope the relevant authorities will look into our plight as the bridge is important for us. We do not want to be left out of progress and development enjoyed by urban areas,” he said.

Sook assemblyman Datuk Ellron Angin when commenting on the issue said he visited Kampung Sanang Dalit in December last year and took note of the problem the villagers are facing.

“I have brought the issue to the Keningau Public Works Department but have yet to receive a response to my request for a new bridge to be built in Kampung Sanang Dalit to replace the damaged one,” he said.

“As the state elected representative for the area, I urge the relevant authorities to look into the matter urgently and expedite the construction of the bridge which is important to the villagers,” said the Youth and Sports Minister.

He said the villagers had built a temporary bridge that was only passable to small vehicles like a motorcycle across the river.