Friday, December 3
You are at:Home»News»Sarawak»Covid surge in Telang Usan due to mass screening, says rep 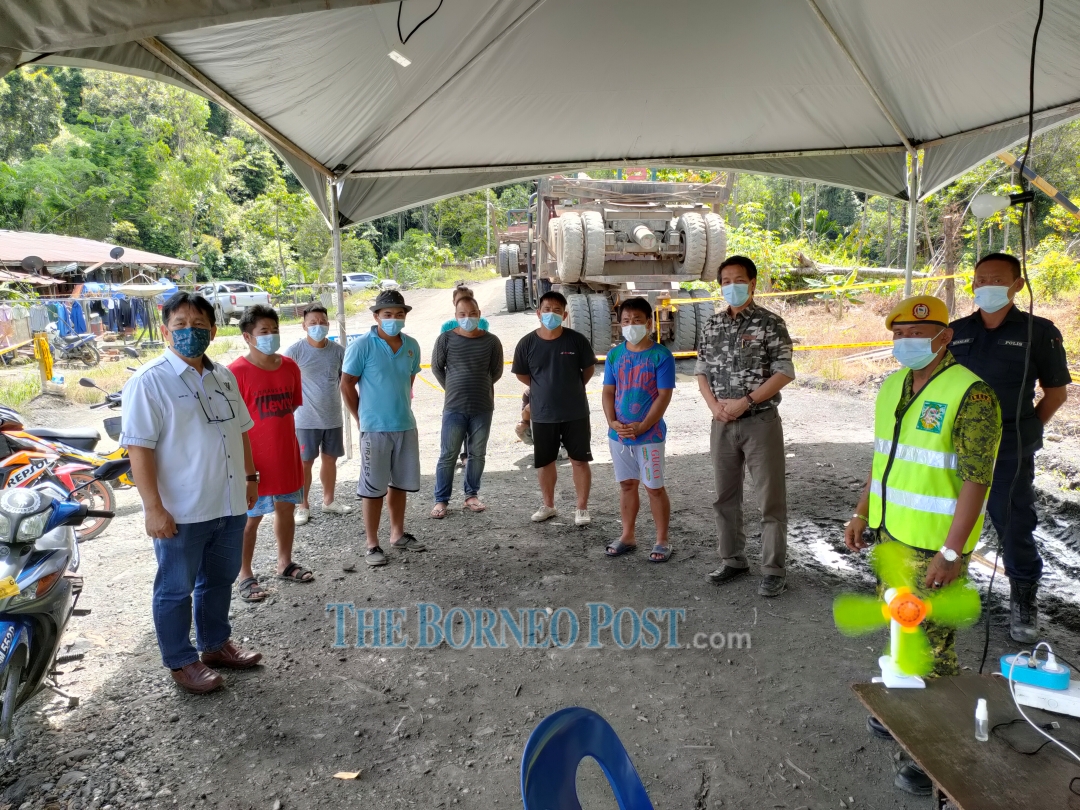 Dennis (third right) and Telang Usan District Officer Baru Tai (left) in a photocall with workers at Kejin timber camp during a visit.

MIRI (July 11): The high number of positive Covid-19 cases in Telang Usan in recent weeks is due to mass screening, says its assemblyman Dennis Ngau.

Dennis, when contacted yesterday, said the mass screening held at Sambas (timber) camp on Thursday involving 57 people found that more than half of them tested positive.

“I have appealed to the Ministry of Health (MoH) to conduct mass screening in Telang Usan. They agreed to do one in Sambas camp two days ago (Thursday).

“Out of the 57 people swabbed, 31 were found positive and were all brought down to Miri for isolation and treatment,” he said.

Dennis said the mass Covid-19 screening in Telang Usan has undoubtedly revealed more positive Covid-19 cases in the community. He requested that more screenings be conducted there in the coming weeks.

“Mass screeing was conducted in Long Bedian after two positive cases were reported Friday. Hopefully, they will also go to Ba Pakan and Ba Abang to do the same as several villagers are said to be in close contact with positive cases.”

As it is, there are five villages and one timber camp in Telang Usan infected by the virus, he added.

Telang Usan has 244 active cases as of yesterday, of which all but one were reported in the last 14 days.

Previous ArticleA day of celebration!
Next Article COVID: a test from God?