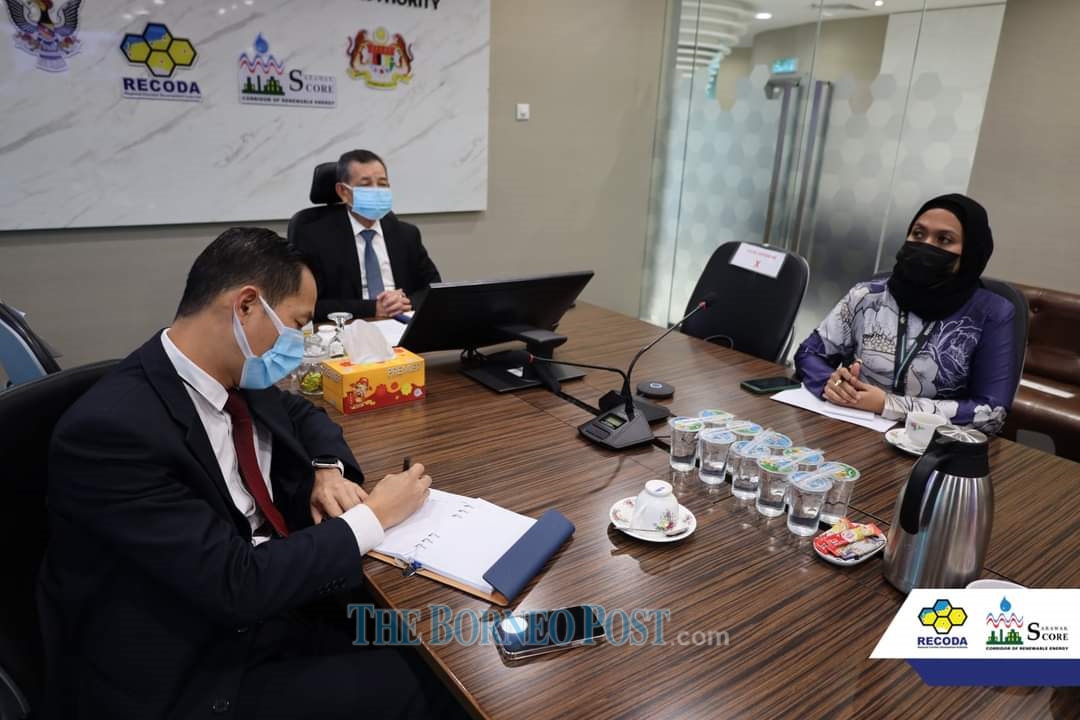 Ismawi (centre) seen during the virtual meeting with Mustapa.

KUCHING (July 11): Signature road projects being implemented under the Regional Corridor Development Authority (Recoda) would not only complement the development of the surrounding areas, but would also spur their economic growth.

In stating this, Recoda chief executive officer Datu Ismawi Ismuni said the projects would include the proposed 89km Northern Coastal Highway set to connect Limbang and Lawas to the border of Sabah; and the proposed roads linking Miri-Marudi, Marudi-Mulu (Kuala Melinau) and Long Panai-Long Lama, Miri.

“Other signature projects in the offing would include the proposed Lawas Deepwater Port Complex and the new Lawas Airport,” he said in briefing Minister in Prime Minister’s Department (Economy) Datuk Seri Mustapa Mohamed about new and current projects being implemented within the Sarawak Corridor of Renewable Energy (SCORE), during a recent virtual meeting.

Ismawi informed Mustapa that projects close towards reaching completion would include the access road to Baleh Dam in Kapit Division, which should be ready by the first quarter of next year.

Ismawi also spoke about socio-economic programmes implemented by Recoda, including the proposed construction of Anjung Usahawan to help provide premises for small traders and entrepreneurs.

“Another socio-economic effort by Recoda is the donation of outboard motors, or locally known as ‘enjin sangkut’, to the villagers in Limbang and Lawas divisions,” he said.

Ismawi added that in addition to implementing infrastructure and socio-economic projects, Recoda would also assist existing investors in terms of manpower supply and job-training.

“The statutory body also promotes and facilitates investments into SCORE, as well as creates job opportunities for Sarawakians.”

Meanwhile, Mustapa talked about the impact of Covid-19 pandemic on industries, which had resulted in the temporary closures of many factories and businesses.

The federal minister, who is also on Recoda’s board of directors, later expressed hope for the situation to be better soon to enable the lifting of lockdown restrictions.