Thursday, September 23
You are at:Home»Health & Environment»Foe to friend: Fishermen join fight to save endangered Pakistan dolphin 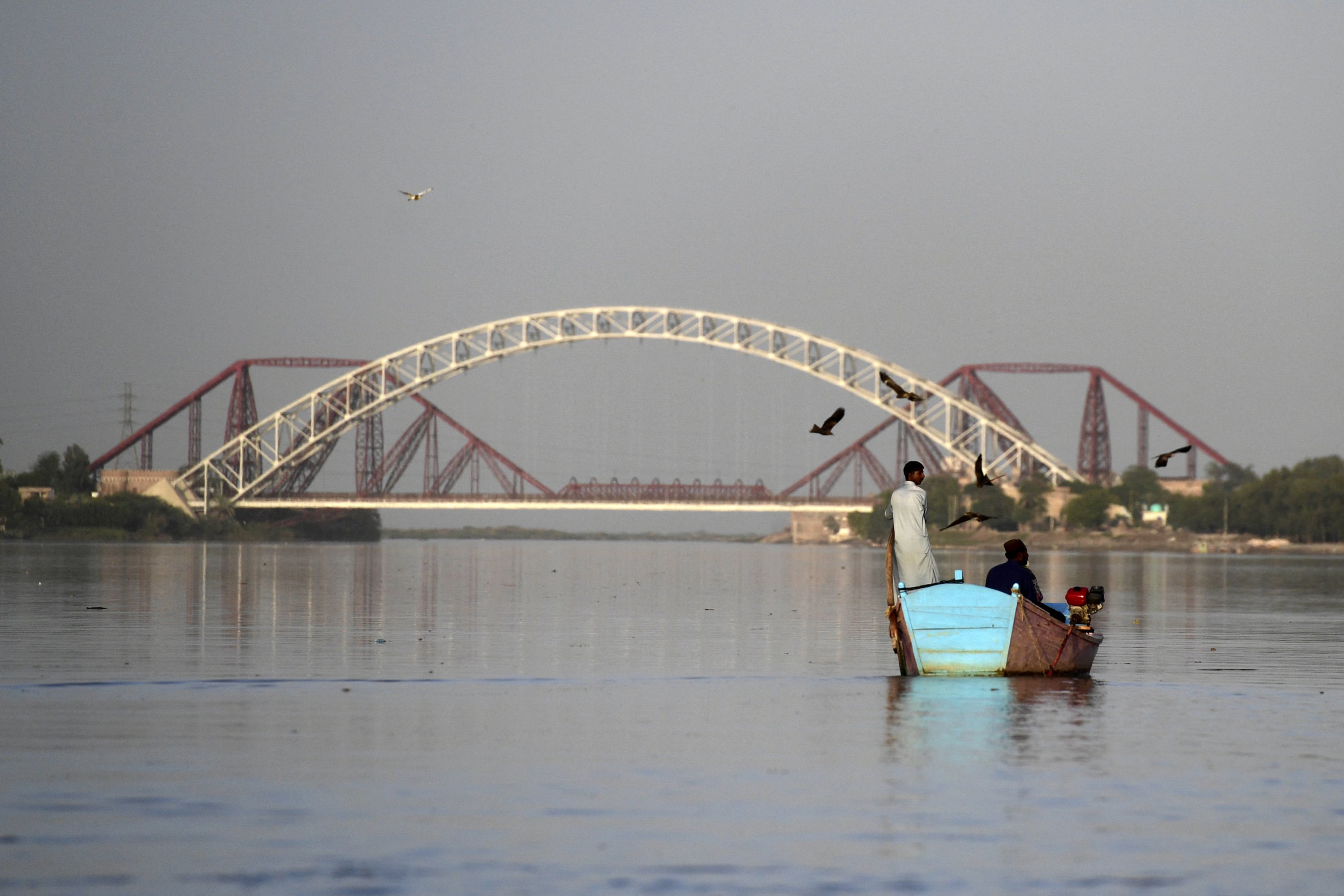 In this photograph taken on March 23, 2021, Ghulam Akbar, a local fisherman and volunteer of the Indus river dolphins rescue team, sits on a boat during a monitoring routine along the Indus river near Pakistan’s southern Sindh province city of Sukkur. — AFP photo

SUKKHUR, PAKISTAN (July 15): Freshwater dolphins are flourishing in a stretch of Pakistan’s main river after a helping hand from fishermen mobilised to defend a rare species driven to near-extinction.

Identifiable by their saw-like beaks, Indus River dolphins once swam from the Himalayas to the Arabian sea, but now mostly cluster in a 180km length of the waterway in southern Sindh province.

A glimpse of a dolphin cutting through muddy water to gasp for air is a regular sight along the mighty river, but most villagers nearby were unaware their neighbours were on the brink of extinction.

“We had to explain that it was a unique species only found in the Indus and nowhere else,” Abdul Jabbar, who gave up fishing for a job on the dolphin rescue team, told AFP on the banks of Dadu Canal, which he patrols by motorbike.

Decades of uncontrolled fishing and habitat loss caused by pollution and man-made dams saw the dolphin population plummet to around 1,200 at the turn of the century.

They are classed as an endangered species by the International Union for Conservation of Nature, which says their numbers have fallen by more than 50 percent since the 1940s.

In a bid to turn around the fortunes of the mammals, Pakistani wildlife officials began a painstaking door-to-door awareness campaign with the local fishing community on the riverbanks and arterial canals.

They offered advice on dolphin-friendly nets and warned against harmful and illegal poison-fishing — the practice of using chemicals to kill small fish used for poultry feed.

The World Wide Fund for Nature also offered up one million rupees ($6,300) worth of loans, encouraging fishermen to set up alternative businesses.

With the help of the provincial wildlife department, they established a dolphin monitoring network of 100 volunteers and a handful of paid staff, and a 24-hour phone helpline for villagers to call if they see a dolphin in distress.

He recently missed the birth of his child when a dolphin became trapped in one of the river’s canals.

“The doctors were preparing for the caesarean and I needed to be with my wife. But when the call came, I rushed that night to rescue the dolphin,” he told AFP.

The latest survey, from 2017, showed numbers had rebounded to about 1,800 and wildlife officials expect the population has increased further since. 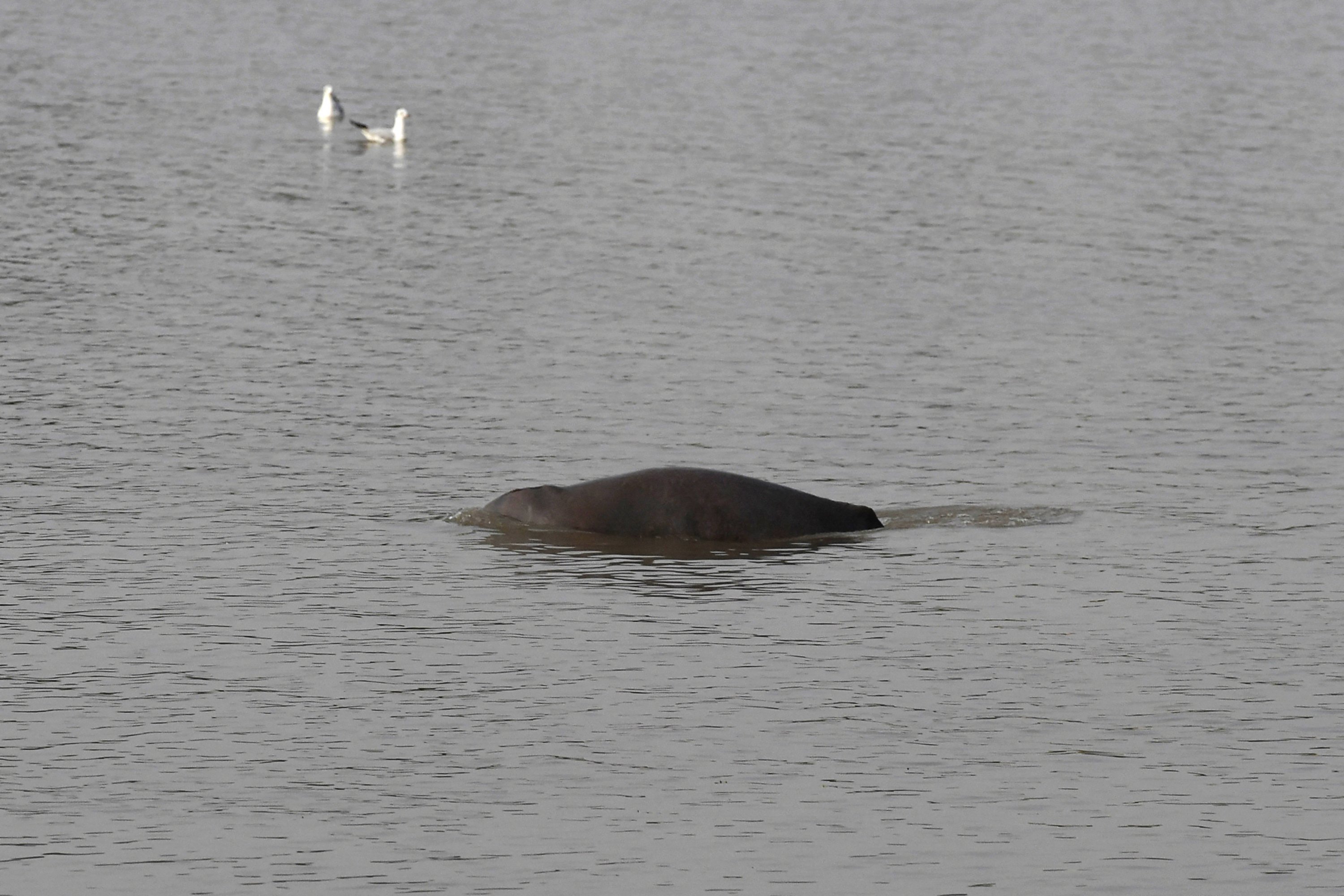 In this photograph taken on March 24, 2021, a dolphin swims along the Indus river near Pakistan’s southern Sindh province city of Sukkur. — AFP photo

Local legend has it that the first Indus River dolphin was once a woman, transformed by a curse from a holy man angry that she forgot to feed him one day.

They have evolved to be functionally blind, allowing for a sharpened sense of sonar as they cut through the muddy waters of the river hunting for prey.

Harmful fishing practices are not the only hazards facing dolphins.

Every January, when water levels are at their lowest, the floodgates to canals are shut for cleaning, creating pools and lagoons that become death traps for stranded marine life.

Wildlife Department official Adnan Hamid Khan told AFP that the recent steady rise in dolphins had been a “success story”.

“But with a larger population comes food shortages, decreased range of movement — their breeding ground and territory has shrunk.”

Indus River dolphins first came under threat during British colonial rule when dams were built to control the waterway’s flow, and later from the discharge of hazardous chemicals when factories sprung up along its banks.

Untreated sewage from rapidly expanding cities and towns is also dumped into the water, Khan said.

But with fishermen on their side, there is some hope for the species.

“Now we save the dolphins with as much dedication as we would a human being,” said Ghulam Akbar, another volunteer monitor who also turned to farm fishing in an attempt to limit his impact on the river.

“They breathe like we humans do. Every compassionate man should save them.” — AFP