Thursday, September 23
You are at:Home»Columns»How the evolution of fast food has changed our lives 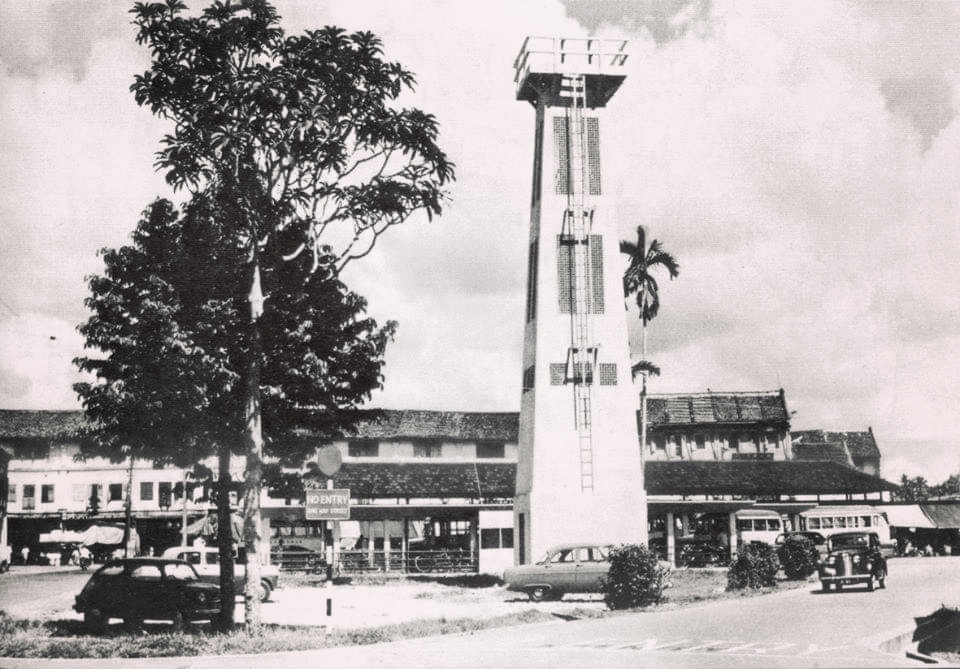 Vintage photo shows how the Kuching Open Air Market looked like in the 1950s.

GROWING up in in Kuching the 1950s, there were no fast food outlets, no KFCs or McD’s, certainly no shopping malls or franchised branded coffee or tea joints like Starbucks and Bubble Teas – the biggest shops selling a mixed assortments of imported and local goods had names like Joo Chan, Tan Sum Guan, and Tay Hak Hak.

The very first supermarket, Ting & Ting’s, had only appeared in 1957.

There were a dozen or so coffee-shops whom locals called ‘kopitiams’ and they were mostly located along the old streets of Carpenter, Ewe Hai, China, India, Main Bazaar and Padungan. The popular ones like Min Heng for ‘laksa’ are gone now, but some have survived – Fock Hoi now has two outlets operated by different brothers; Min Joo Kee, Loke Restaurant, Ann Lee and Huan Loke are still there.

But mostly in the later part of the 1950s and from 1960 onwards, the spotlight for most Kuchingites when it came to eating out or for the standard ‘fast food’ of Kolo Mee, Laksa, Char Kuih Tiaw, Bak Moi, and everything else fried and stirred; as well as desserts, ice-cream, satays and good ‘Kopi-O’ – the one and only place they would be drawn to would be the Kuching Open Air Market!

There are two parts to the open air market – its history seems to be rather obscure and very little is known to this day.

Sarawak’s first colonial Governor, Sir Charles Arden Clarke had built Kuching’s first Fire Station in 1946 on the current site where the market now stands. It was built on Gartak Street on reclaimed land. However, it was completely demolished sometime in the 1950s, leaving just the drying tower, which still marks the site, when the station had relocated to the end of Padungan Road, where it still exists as an in-town Central Fire Station.

The site had become vacant land and enterprising local entrepreneurs very quickly seized upon the opportunity to squat there as hawkers offering a variety of food and drinks – due to its growing popularity, the local authorities had then decided to put roofing over the entire area and within a short period, trading in all sorts of edibles, wet and dry goods began to prosper.

On an empty plot adjacent to it, a more formal eating place begun to take on a life of its own. It became the proper ‘Open Air Market’ in the evenings for permanent Chinese ‘wok-stir and fry’ cooks from the Teochew, Hokkien and Cantonese dialects to set up stalls.

The drinks outlets had also proliferated with them securing liquor licences and the entire site had lit up at night – attracting, during the period known as ‘Konfrontasi’ (Indonesian Confrontation 1963-66), many members of the Armed Forces from the British, Australian and Malayan contingents.

Overnight, the Kuching Open Air Market had become the ‘kampong’ (village) equivalent of Bugis Street in Singapore – sans the ‘pondans’ (transvestites) and the more shady characters (although sightings of some colourful personnel were often spoken about!).

It was here that many of Kuching’s early food ‘sifus’ made their reputations and names. The biggest that would come to mind was ‘Eleven Fingers’ (Chap It Chai), the founder/owner of ‘It Hng Restaurant’ – a Teochew culinary chef and expert whose cooking was known far and wide throughout Sarawak (indeed visitors from across the South China Sea had also frequently came all the way just for his cooking!).

Many more were to make their names here too, humble beginnings which were to lead to fame and fortune when they had later set up their own food and restaurant empires elsewhere miles away from the ‘Open Air’!

As a boy growing up in the 1950s and 1960s, we had all just eaten home-cooked food from our parents’ kitchens 24/7, year in and year out. I remember that it was a very rare and special occasion if your dad brought you out for a breakfast of ‘sio-bees’ and ‘char-sio-paos’ at Fock Hoi Café opposite the GPO, or Min Heng for ‘laksa’ – it was either a visit to the dentist or doctor, or he was entertaining an important visitor from overseas.

Usually buying a takeaway home would only occur after a movie show at the local cinema – Rex, Cathay or Miramar; and we had ‘tapowed’ some ‘Kolo Mee’ from a roadside stall for the other siblings as well.

One very seldom sat and ate at the actual hawker stall, firstly because there were either no tables or chairs, or there were few and limited ones, or they were usually located just on top of or very near to filthy smelling drains.

Only in the later part of the 1970s and early 1980s had come the boom and the big gain in the number of new eateries, with hawker stalls and newer residential areas opening up all over Kuching. Prior to this, if you were to drive more than three miles in any direction outside of the city centre, you’d be met with small dual-lane roads no street-lights, virtually no residential houses and certainly, no shops or roadside hawker stalls!

Even in the late 1970s, the increase in the number of vehicles and motorcycles on the roads of Kuching was still slow and the development of housing estates and residential houses was slow and restricted.

For a long time, Kenyalang Park, Hui Sing Garden, Poh Kwong Park and Tabuan Jaya were the only other sizable satellite townships within Kuching District. The 7th and 10th Mile bazaars, Kota Samarahan, Matang and the ‘MJC’ (then Batu Kawa, before it transformed into Batu Kawah New Township Commercial Area) were still considered as ‘suah teng’ – hillbilly upcountry areas! Who could have imagined that within a period of less than 20 years, all these were to change beyond recognition! 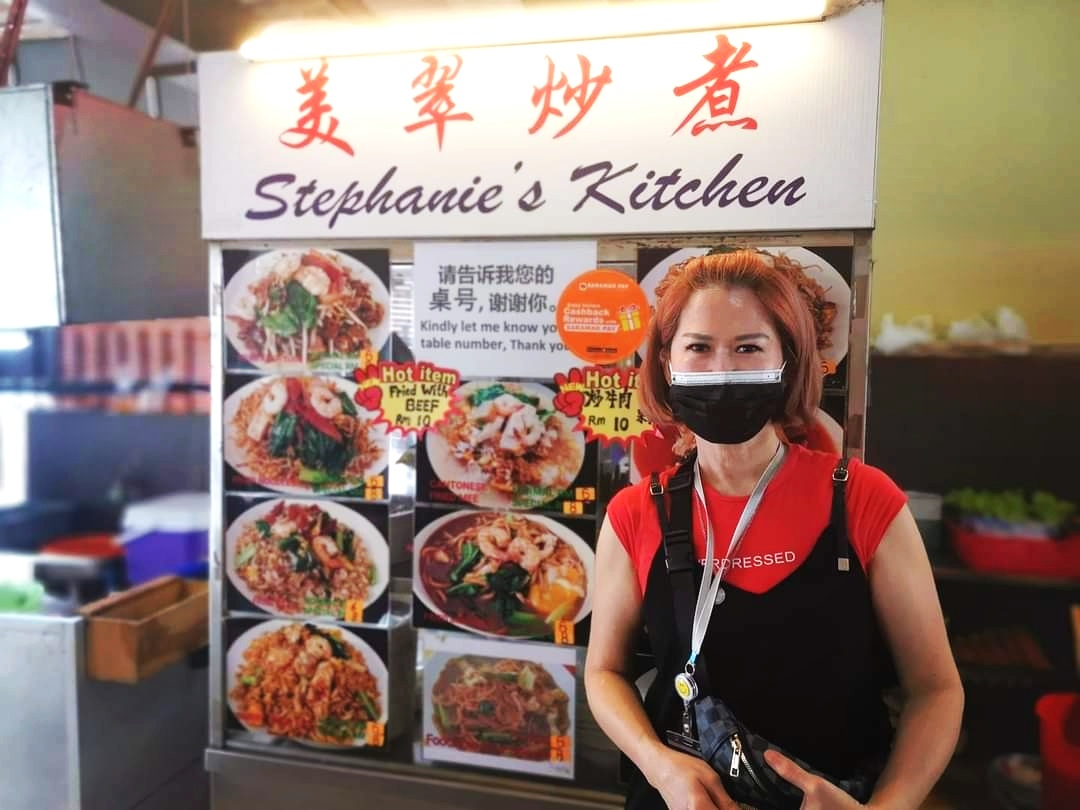 Today, when we talk about fast food, and of the availability of ‘food-on-the-go 24/7’ – the variety, the quality and the quantity is mind-staggering. The answer, if you really persist on getting one, is – what food do you want; how much are you willing to pay for it; and when do you want it?

Because in Kuching today, at any time and within the availability of an Internet search engine, through word of mouth and by Google, Facebook and WhatsApp – you can eat anything that you want under the sun – if it’s not here right now, it can be ordered for and delivered to your door and on your plate within a certain time-frame, if price is of no issue.

Today, we live in a world surrounded by a network of demand and supply; if it’s out there, and you want it, and can pay for it – just ask for it, and someone would get it for you. There’s no such answer as: ‘Sorry, we cannot get that here’, anymore.

The world, as we knew it then, has evolved and will keep on evolving.

At age 15 in Year 1965, I wouldn’t have, in my wildest dreams, imagined that before reaching 21, I would have tasted my very first ‘Maguro Sashimi’ with some Taittinger Champagne and a dozen fresh Sydney Rock Oysters.

Today, you can have it any time that you want – right here, right now!

Previous ArticleFlexibility for fully-vaccinated individuals to be announced soon, says Dr Adham
Next Article About 2/3 of hawkers, traders in Miri have registered for vaccination