Thursday, August 5
You are at:Home»Features»Turning his passion into a profession 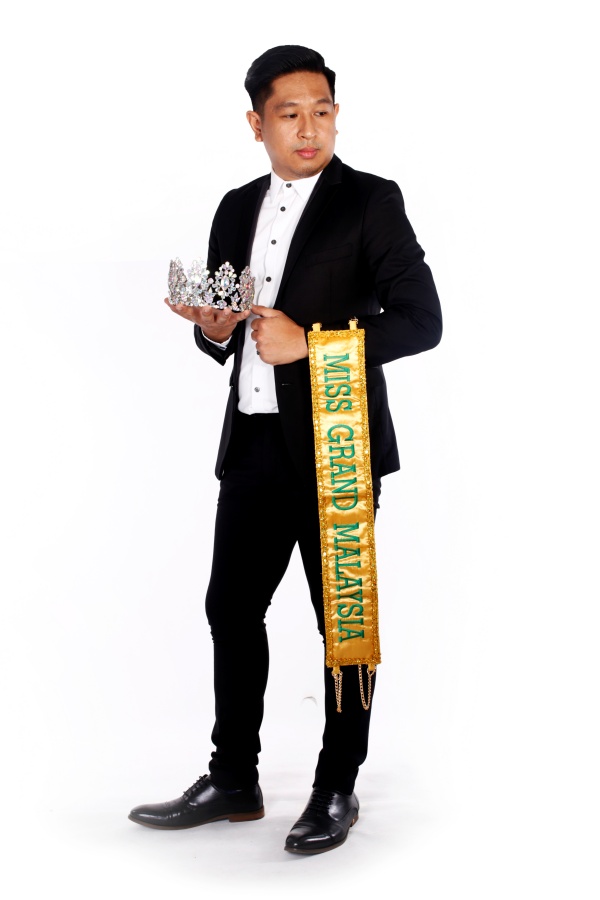 Jude is the national director of Miss Grand Malaysia pageant.

WHEN Jude Benjamin Lisa began his venture into the world of beauty pageants in 2015, it never occurred to him that this would be his true calling one day.

At the time, he already held a stable career in professional public relations.

Born and raised in Miri, this Lun Bawang youth relocated to Kuala Lumpur at the age of 15 in search of better education.

His father was very determined to see him pursue law and had a future set for him to serve his Lun Bawang community in Lawas later on.

Jude, however, was determined as well – being a minority in a melting pot that was Kuala Lumpur, he never took no for an answer; instead, he regarded it as an opportunity to fully realise his potential.

Equipped with a Master’s Degree in Communications, he took part in many key projects involving some of the world’s leading brands including Mercedes-Benz, Carlsberg and Watsons.

In 2015, however, a different kind of opportunity landed before Jude.

“My close friend Santhawan Boonratana was taking part in Miss World Malaysia that year, and after that, Miss Grand Malaysia.

“I got to help her undertake training and preparations all the way, before she eventually represented the country in Miss Grand International 2015,” he recalled.

That experience stuck with Jude, so deep that the following year, he tried out to become the national director of Miss Grand Malaysia pageant.

“I was still working full-time then. So it was a ‘struggle-juggle’ between my job and managing a talent, but I kept on because of my vision and also the possibility of growing this pageant brand.

“Being a national director for a pageant brand is never easy – what is portrayed in public is the beauty side, but it comes with a lot of hard work, coordination, management of people and expectations,” the 38-year-old told thesundaypost in Miri. 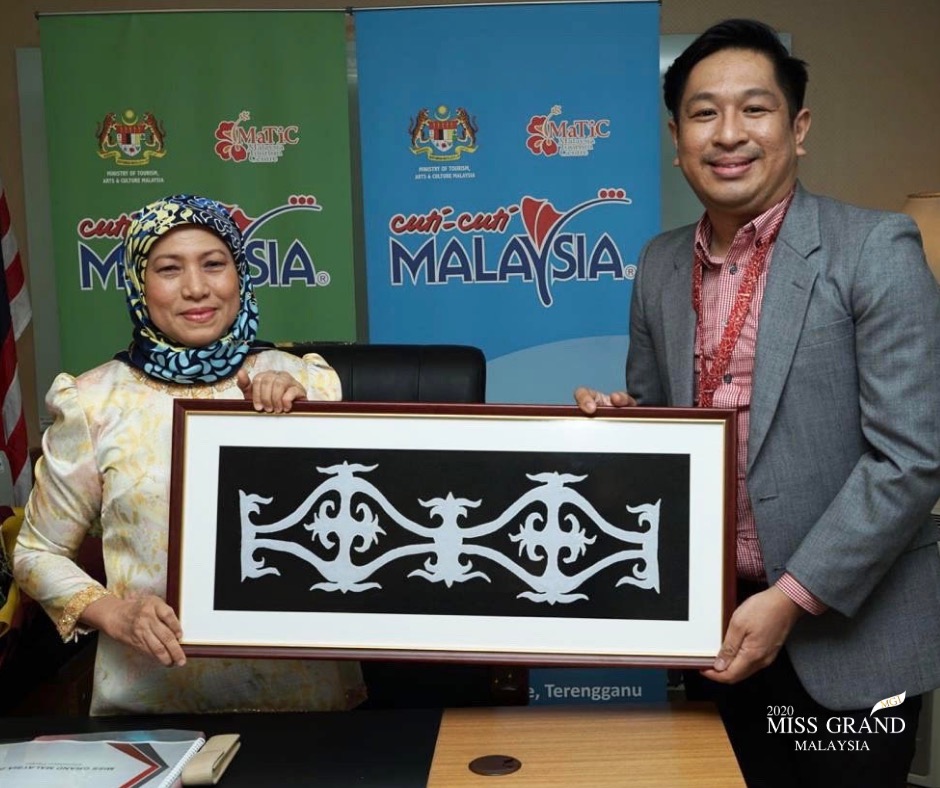 File photo shows Jude joining Minister of Tourism, Arts and Culture Datuk Seri Nancy Shukri for a photo-call during a courtesy visit to the ministry in Putrajaya.

In 2017, he took a bold move of leaving his high-flying career at Watsons Malaysia to pursue something that even he, at the time, perceived as being ‘near impossible’ – he wanted to take hold of the national licence for Miss Grand Malaysia pageant.

“The beauty pageant industry in Malaysia may not be as enormous or as ‘fanatic’ those in our neighbouring countries like the Philippines, Thailand and Indonesia, but that’s exactly what drives me to bring it to the next level,” said Jude.

Armed with his experience as the national director, he re-charted the route for Miss Grand Malaysia programme, turning it into one of the fastest-growing pageants in Malaysia.

Within the next three years, Jude’s management had produced six state-level pageants – a feat no other local pageant organisations in the country had ever endeavoured.

According to him, a pageant brand can only have one national director, but the company that he runs is allowed to hold many licences.

“I set up Introducing Talent Sdn Bhd together with my business partner, Josh Oneill, after leaving Watsons. So we run PR marketing consultancy and also managing pageants.

“At this moment, we have Miss Grand Malaysia, Miss Intercontinental Malaysia and Miss Globe Malaysia,” he said. 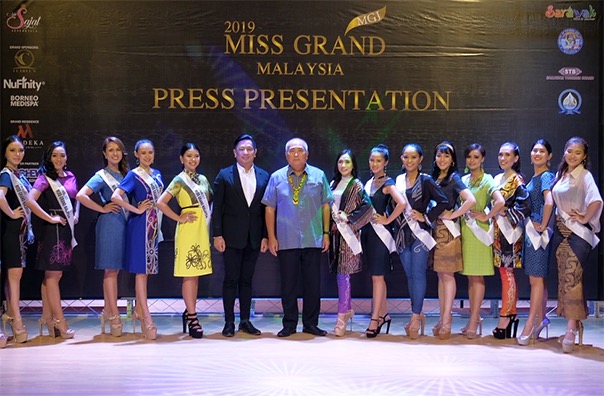 This promotional shot taken in Miri in 2019, shows Jude and Miri Mayor Adam Yii with the Miss Grand Malaysia contestants that year.

Asked about his role as a national director, Jude likened it to ‘being a Prime Minister’.

“Basically, I run the whole show – managing talents, preparing for international participation, looking out for and securing sponsorships or third-party collaborations, overseeing the annual events and so forth.

“I also have state directors to manage and deal with because we have this programme (state-level pageants), meant to grow a pageant brand from grassroots level, which I see no one is doing.

“The processes are created so that you could establish a concrete system, and all of this would result in the queen who represents the organisation.

“I’m happy to say that the Miss Grand Malaysia brand has produced the best line-up of contestants over the years. I see this programme as one that empowers the women and upon leaving, they are set to become better individuals,” he elaborated. 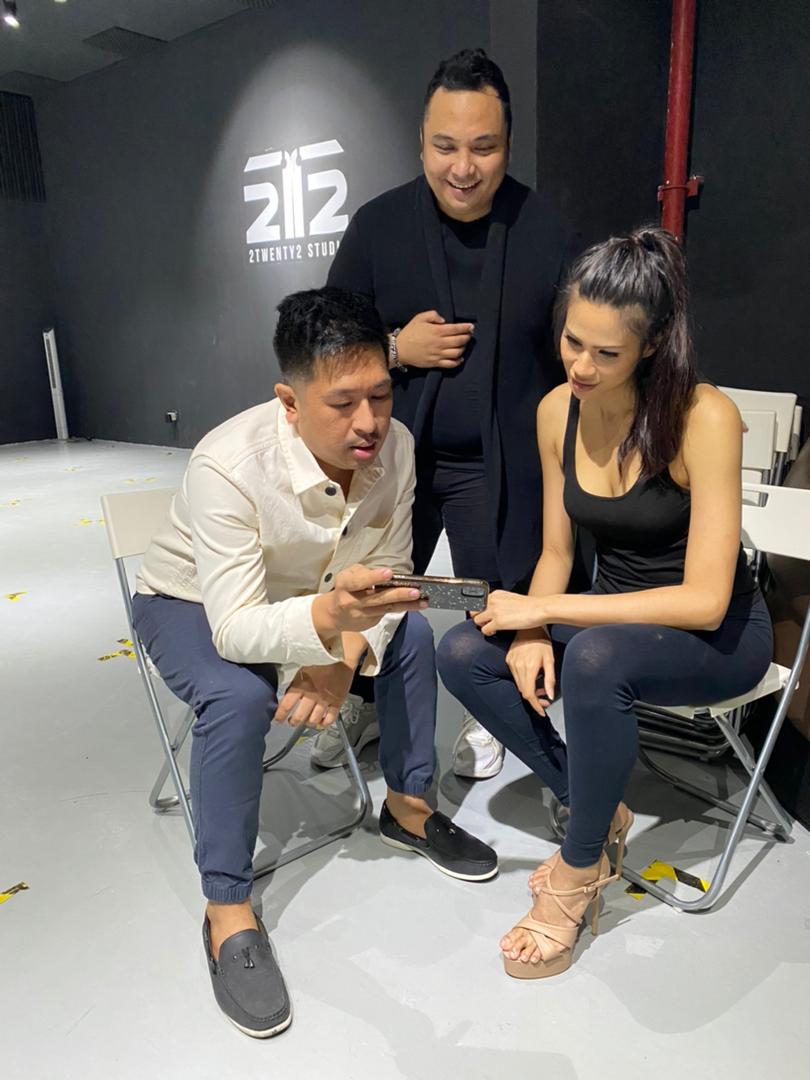 Jude (seated, left) with Jasebel and her pageant coach Tommy during their preparations for Miss Grand International 2020.

Jude’s portfolio as a national pageant director is highly commendable, considering his less-than-a-decade involvement in this industry.

Under his list of achievements are the placement of Ranmeet Jassal as a Top 20 contestant at Miss Grand International 2016 in Las Vegas, Nevada in the US; Sanjna Suri in Top 10 of Miss Intercontinental 2017 in Hurghada, Egypt; Scarlett Megan Liew in Top 20 of Miss Intercontinental 2018 in Manila, the Philippines; and Jasebel Robert in Top 10 of Miss Grand International 2020 in Bangkok, Thailand.

Nonetheless, Jude could never acknowledge that he did it all on his own.

“Mr Nawat Itsaragrisil, the president of Miss Grand International Organization, has long inspired me with regard to the game-changing approach to the industry and also the business as a whole.

“I also owe it to my business partner Josh O’Neill, who is perhaps the greatest mentor ever; Lyna Doll, the one who first noticed my capability and always brings me to my senses; and also Apple Green Luna, the one who always ensures that I would be in the right frame of mind.” 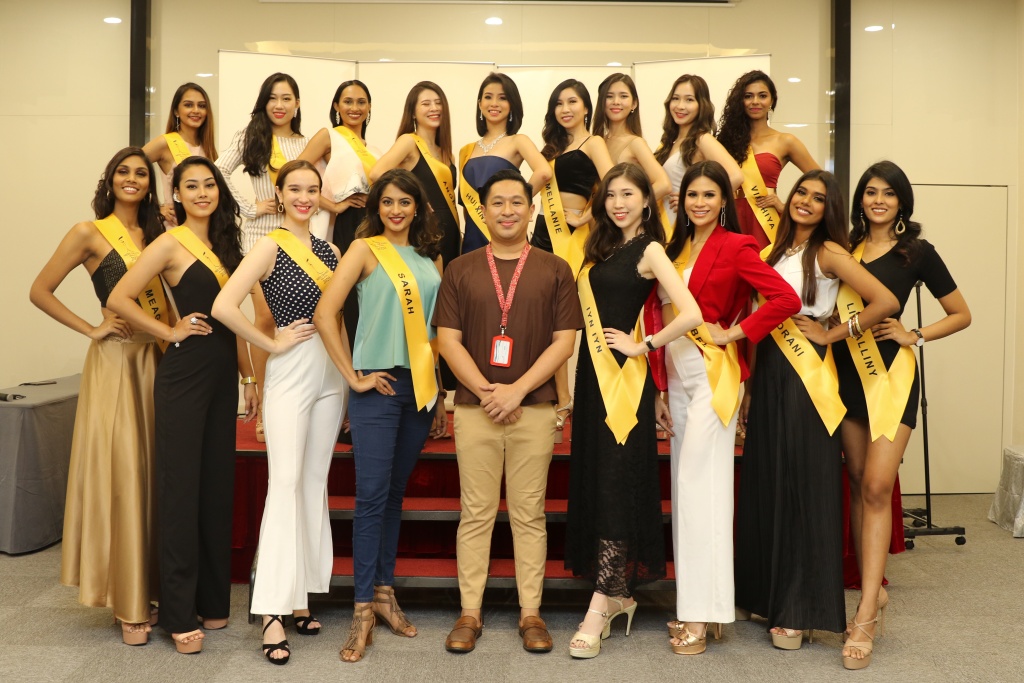 Jude with the finalists of Miss Grand Malaysia 2020 during the bootcamp in Selangor last August. Due to the Covid-19 pandemic and movement restrictions, the finale was held virtually.

Jude always tells the pageant contestants every year to strive towards becoming their better self and also to give back to their communities.

“I always remind them that the Miss Grand Malaysia pageant can become their platform to achieve bigger things in life and inspire people around you,” he said.

Jude also holds tight to the dream that one day, or possibly in the near future, Malaysia – Sarawak, even better! – would host a full-fledged edition of Miss Grand International.

“This is not just a showcase; it could function as a programme that would boost eco-tourism and networking among those representing the participating nations.

“Typically, Miss Grand International would gather between 60 and 80 countries every year – imagine what it could bring to our backyard,” he enthused.

Jude also acknowledged the challenges brought about by the Covid-19 pandemic, but he and his Miss Grand Malaysia team vowed to never give up.

“I always believe in this mantra – nothing is impossible.

“Any realisation to accomplish something that’s beyond you, always starts with a dream.

“I wish to remind young Sarawakians that nothing is impossible when you have a strong will and desire to pursue your dreams.

“Always take on the obstacles ahead and see them as the opportunity for you to rise, rather than to give up.

“And the rest? Have faith in God in everything you do,” said Jude.