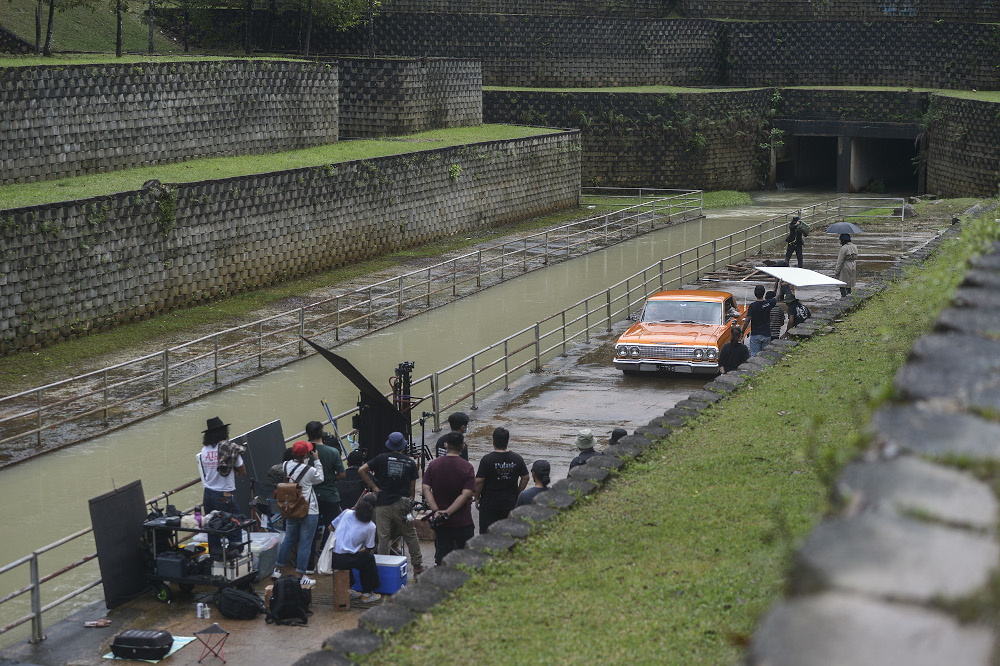 Onmly drama, advertisement and documentary productions that have been postponed due to the MCO under NRP will be allowed to resume shooting in Phase Two. — Malay Mail photo

KUALA LUMPUR (July 20): Only drama, advertisement and documentary productions which have been postponed due to the implementation of Movement Control Order (MCO) under the National Recovery Plan (NRP) will be allowed to resume shooting in Phase Two.

Communications and Multimedia Minister Datuk Saifuddin Abdullah said this was among the main conditions under the Special Filming Certificate (SPP Khas) of the National Film Development Corporation Malaysia (Finas) approved for filming in NRP Phase Two.

He said other conditions were that filming could only be conducted in states which are in Phase Two and only involved filming locations or premises outside the studio.

“Productions can use any locations or premises on the condition that it has a buffer zone from any residential areas as well as obtaining the approval of the authorities.

“Shooting activities should be carried out according to Filming  Bubble Protocol (PREP) which involved minimal production crew as well as not allowing to go beyond the filming zone radius until the end of the shooting,” he said in a statement today.

Therefore, Saifuddin said each production has a stipulated cooling period before being allowed any new filming.

He said other conditions included the risk control enforcement aspect with approval only given to production staff who have completed two-dose COVID-19 vaccination as well as undergoing health screening before, during and after the filming.

Apart from that, the production company should appoint a Filming Protocol Supervisor (PPP) who is responsible for compliance of all stipulated standard operating procedures (SOPs) by the government as among the conditions under the approval of SPP Khas.

Yesterday, Deputy Prime Minister Datuk Seri Ismail Sabri Yaakob announced that the government has made some changes to the SOP under PPN for Phase One and Phase Two, among them the approval to reopen outside studio filming in strict compliance to the SOP under Phase Two.

The decision was made following the positive development in the rate of vaccination in the country.

Saifuddin said the decision was among the continuous efforts of the government to stimulate the economic viability of arts and creative industry practitioners through competitive productions as well as employment opportunities.

He said approval for filming activities under Phase Two is guided by the implementation of the stringent conditions under PREP which is regulated by Finas.

“The PREP initiative is also an integrated control of filming activities to move in an isolated, controlled and limited bubble zone through compliance with key conditions under Finas SPP Khas approval,” he said.

He also called on the production companies involved to always comply with all the set conditions to avoid any legal, safety and health implications especially in the government’s efforts to combat the COVID-19 pandemic.

Further details on the SOPs and guidelines can be found on the websites, www.kkmm.gov.my and www.finas.gov.my. — Bernama