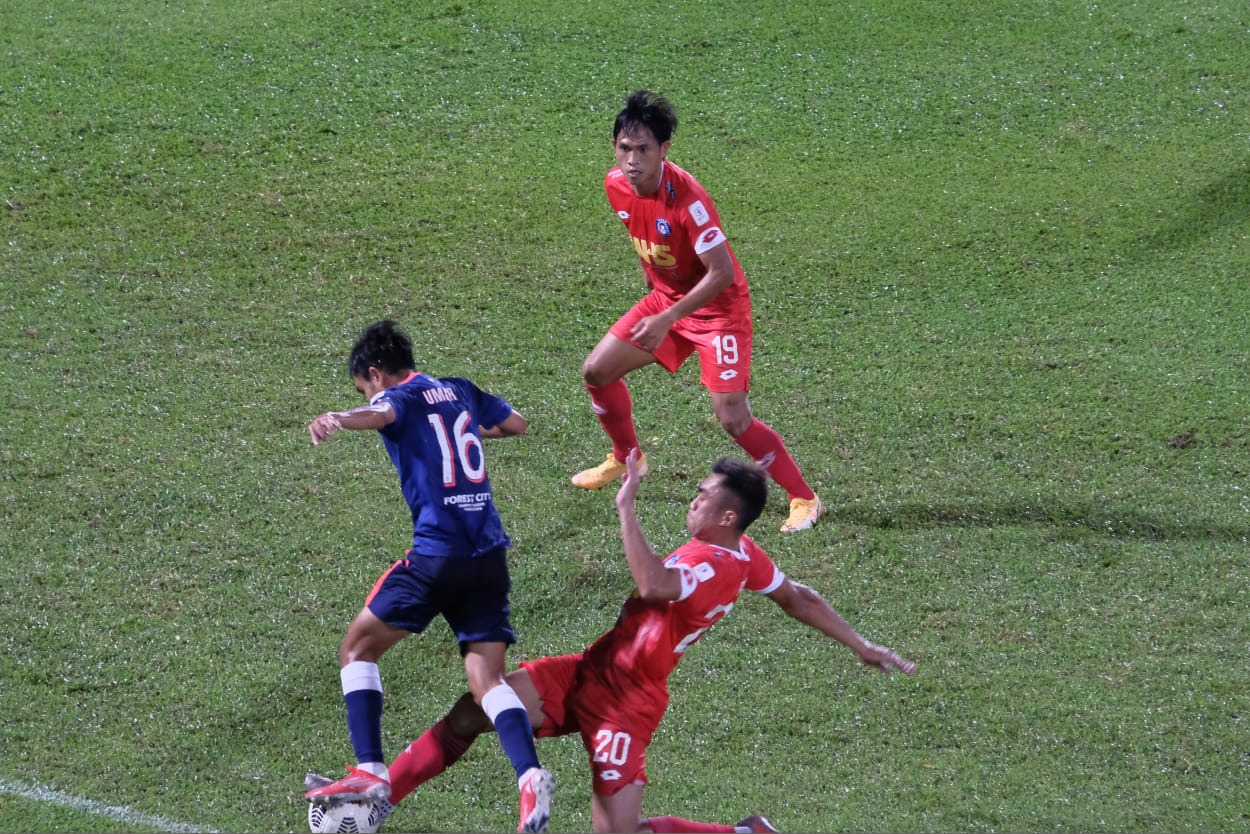 Unlike in the first meeting which the Rhinos won 3-1 on Sunday, head coach Kurniawan Dwi Yulianto opted for a second string side as he gave all the players game time in preparation for the resumption of the Super League this weekend.

The Indonesian trainer said it was important for them to gain match fitness as well as to build on their level of confidence, thus be always ready to see action when required.

“The result (in friendly match) is not important … it is their performance on the pitch that matters to me.
“To face a team like JDT II required them to play in a ‘high pressured’ game and I want to see how they would react or handle the situation.

“I have faith in all  my players and they are very capable group of players. However, it was their first game after a very long time and of course they will feel the pressure.

“One area that we need to improve on is that the players have to have confidence on the ball and not to lose possession easily.

“There are certainly rooms for improvement but at the same time, I’m happy we played in the friendly matches against JDT II.

“The experience is very valuable for the team in preparation for the return to league action,” he said in a statement issued by Sabah FC on Tuesday.

Commenting further from the outcome in the friendly games, Kurniawan said Croatian striker Josip Ivancic and local import Nazirul Naim did well but they may need to work on their compatibility with the rest of their teammates.

“They showed that they can combine and play well with the seniors and they were not nervous … they too understand the team game plan.

“I’m happy with their form and they way it looks, they have a very good future with the senior team if they continue to work hard,” he said.

Meanwhile, Kurniawan said the team looked forward to the resumption of the league where the Rhinos will take on PJ City FC at the MBPJ Stadium on July 24.

The former Indonesian forward added he has more or less decided on the players to start against PJ City.

“Frankly, we have high expectation especially after the first game (against JDT II)…hopefully the team will perform their best against PJ City FC,” he said.

For the record, Kurniawan started his strongest possible line-up in the first game against JDT II and won 3-1, courtesy of goals from Ivancic, Park Tae Su and substitute Bobby Gonzales.