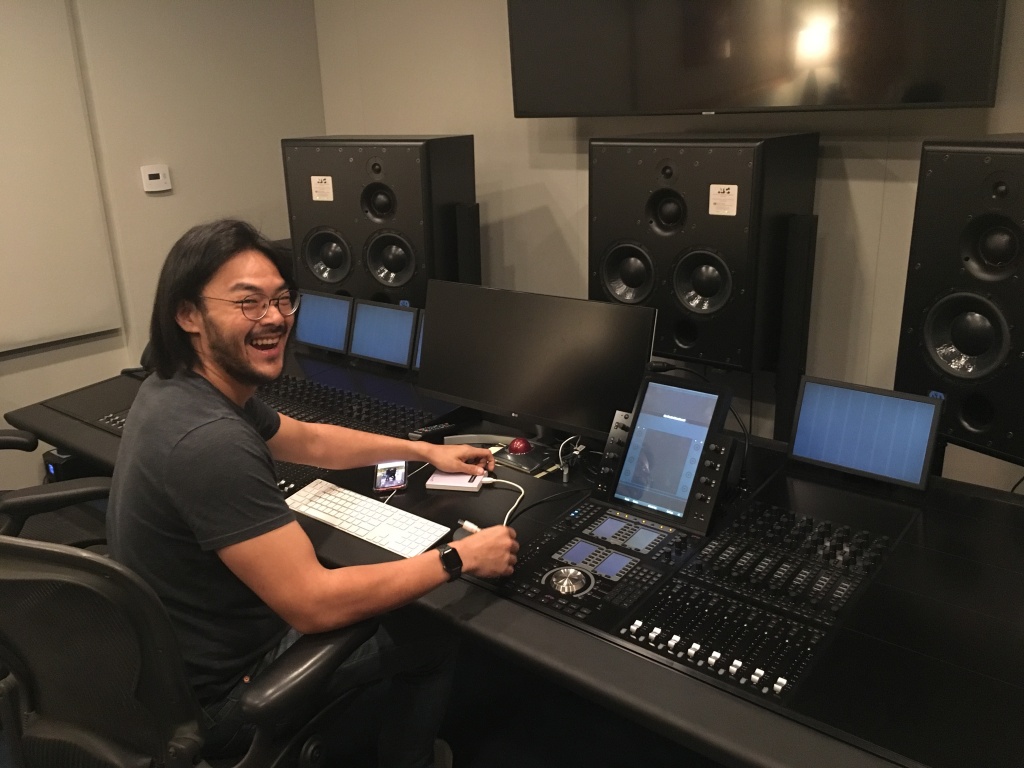 Wee during a mixing session for Disney’s live-action film, Mulan.

KUCHING (July 21): Los Angeles-based Alvin Wee always makes it a point to return to his hometown of Kuching at least once every year.

But the Covid-19 pandemic has put a dampener on his annual travel plans, forcing the award-winning producer, mixer and musician to stay back in California.

The last time he was back home was during Christmas in 2019.

“My goal has always been to come back at least once every year. Obviously with the pandemic, all plans have gone out the window,” he told The Borneo Post.

When an opportunity came along to work on a song for this year’s Sarawak Day celebration, Wee decided to compose ‘Sarawak Gemilang’ by drawing inspiration from missing his family in Kuching.

“The inspiration came honestly from me wanting to see my family back home. I was very inspired by the spirit of the people navigating through uncertain times and the idea that all of us want nothing more than the best for our people.

“The past year has been emotionally challenging for all of us so I wanted to at least give people something to look forward to,” he said.

Wee was approached by the Sarawak Protocol and Event Management Unit (Uppan) to compose ‘Sarawak Gemilang’.

This is the second time the 33-year-old is collaborating with the unit, having previously written the theme song for Malaysia Day last year.

“The very talented Dayang Nurfaizah, Hazel Husaini and Adira Suhaimi sang my song ‘Malaysiaku Prihatin’ for the live event in Sibu on September 16 and everyone responded well to it.

“So this year, I’m thankful for the team to have me back to write a different song,” he said.

‘Sarawak Gemilang’ will be performed by local singer Nurafizah Busman during the Sarawak Day celebration tomorrow.

The special performance will be the highlight of the event, which will be held on a smaller scale at the State Legislative Assembly complex here.

“The idea of an incredibly resilient nation that embraces every human being is something I believe all Sarawakians value.

“Also as people, we’re working towards rebuilding and growing. The instrumentation of the music is not traditional, also underscoring the progressive idea in the theme. That’s the message of the song,” he explained.

He said working on ‘Sarawak Gemilang’ was an enjoyable process and that the late nights and seemingly impossible high bar he set for himself made it even more satisfying to create this piece for his friends, family and colleagues as well as Sarawak.

“Not only that, I get to work with really talented people back home that continually motivates me through the process.

“Everyone from the filmmakers, the team in Uppan to my two collaborators in Los Angeles, Rendra Zawawi and Annmarie Stanlislaus, made the whole process really enjoyable and incredibly rewarding for the soul,” he said. 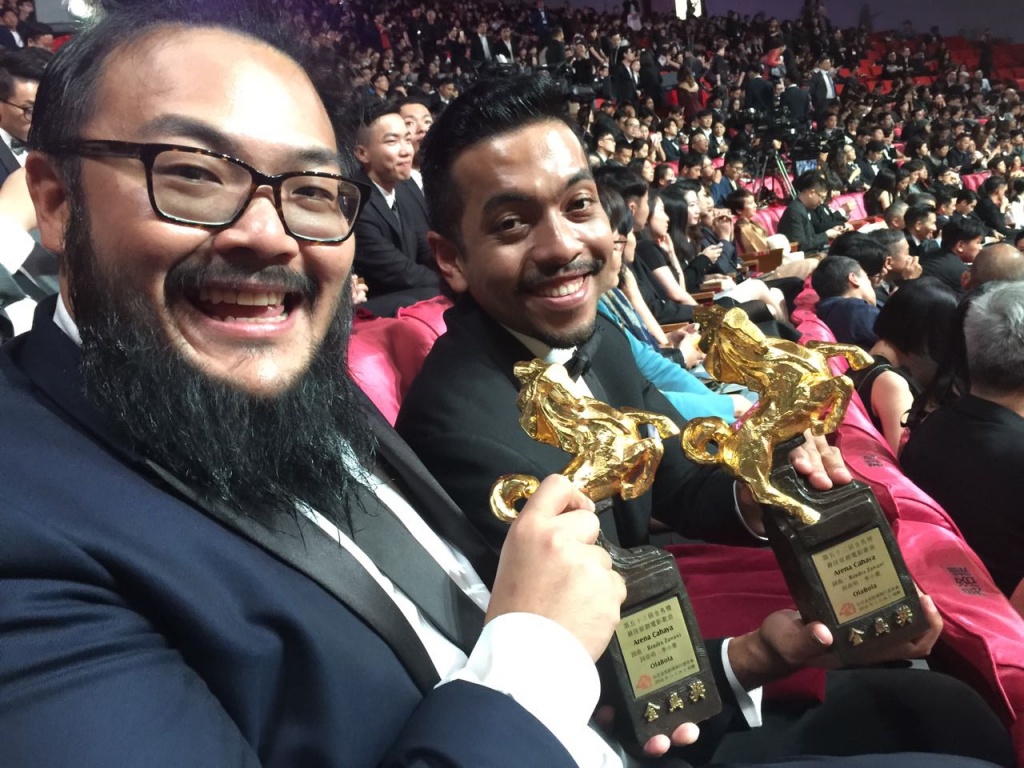 Wee and Rendra showing the trophies won for Best Original Song at the 53rd Annual Golden Horse Film Awards in 2016.

Rendra is an award-winning Malaysian music composer, songwriter, producer and musician while Stanlislaus is a singer-songwriter from Malaysia.

Asked if there were any challenges faced in this project set in a Covid-19 pandemic environment, Wee said one of the biggest challenges was to put exactly the same amount of love and dedication into the song within a very much condensed time frame.

“Crafting songs sometimes takes many months to years to refine and fine-tune before they get presented to the world.

“When compounded with a time-zone difference, I think there’s a huge self-imposed challenge of outdoing myself (musically) this time around and always bringing that triple A-game in every aspect of it,” he said.

Having been in the music industry for many years, Wee first got his big break after landing a job to mix music for popular video game series, Final Fantasy.

He has since worked on various projects including mixing the soundtrack of Disney’s live action film Mulan; Kingsman 2: The Golden Circle; Kung Fu Panda 3; No Time to Die and Top Gun: Maverick, just to name a few.

One of his greatest achievements was producing the Golden Horse Award 2016 winning track ‘Arena Cahaya’ sung by Sarawak-born singer songwriter Zee Avi who co-wrote the song with Rendra.

“I am grateful to both Zee Avi and Rendra for what they’ve both done for my career. I would not have had as much of a success without their continual faith in me,” said Wee.

He also said that as a musician, he has been quite fortunate to be able to play guitar on some Hollywood films as well as some prominent artistes.

“It’s hard to pin down a single best one as everything has been one great adventure.

“I’d probably describe the ‘best’ achievement is making a sustainable career out of this crazy industry!” he said.

At the moment, Wee has got a few songs in the works including one for a television show which will be announced at a later date.

“I also just finished up mixing the film score for the movie ‘After We Fell’, which is a Twilight-ish sort of romance movie minus the vampires and werewolves,” he said, adding that he’s also trying to find time to write his own music.

As he continues to work on his blossoming career a thousand miles away from home, Wee said his fondest memories are always of Kuching.

“Kuching will forever be my home and I represent it hard wherever I go. All my fondest memories are in Kuching even now.

“The people, the food, the nature and best of all, the culture. Everything from Sarawak Laksa to hanging out at the Kuching Waterfront; weekend hikes in Santubong or trips to Bako National Park.

“For me, no other place compares and it’s my slice of heaven,” he said.