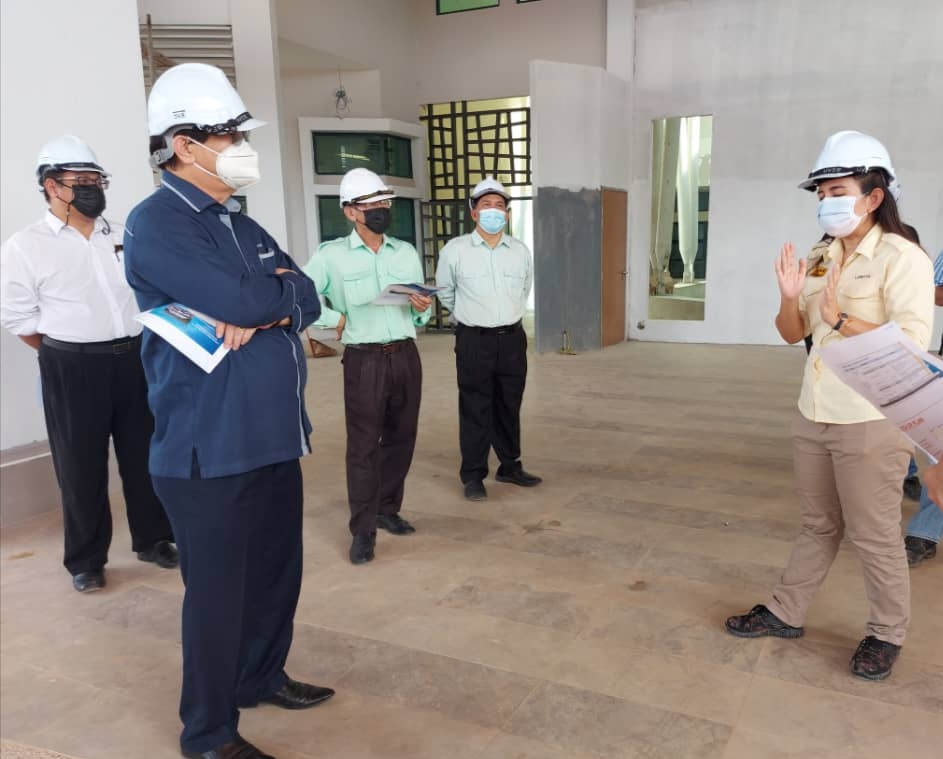 Harden, who is also Simanggang assemblyman, said the main contractor had reiterated a commitment to complete the physical structure and fitting of equipment by end of October.

“The 108-bed hospital which is equipped with specialist medical facilities, will be a landmark of sorts for Simanggang,” he said in the statement after making a site visit recently to check on the work progress.
Harden and delegation were brought to visit the X-ray room where the fitting and testing of equipment would be made by a specialist technician soon.

Former prime minister Datuk Seri Najib Razak approved the project in 2007 and the first phase of clearing and piling work on the 51-acre site was completed in August 2013 while the construction only started in 2016.

According to previous press reports, the new hospital was scheduled to be operational by June next year.