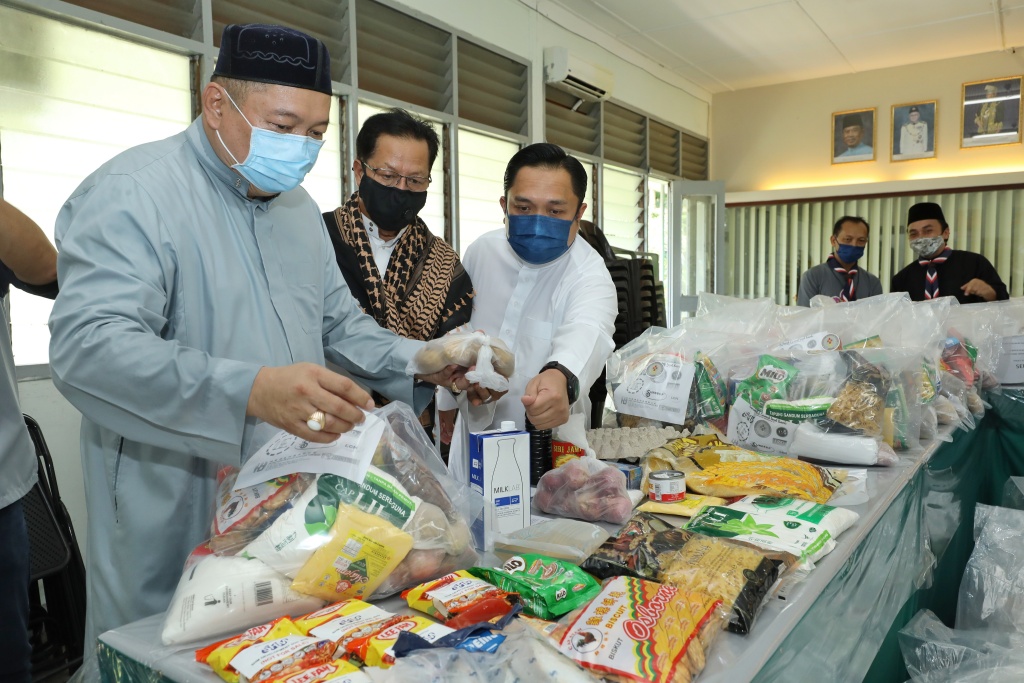 (From left) Jumaat, Zainuddin and Safri check the food parcels. – Photo by Chimon Upon

Initiated by Sarawak Scout Council, it aims to help those in need during the Covid-19 pandemic.

The organisers met with reporters at their headquarters here yesterday to talk about their plans for the food bank drive.

“This is a follow up to our first initiative earlier this month when we distributed food aid to recipients in Kuching and Samarahan,” said the drive chairman Jumaat Ibrahim at the press conference.

Jumaat, who is also Sarawak Scout Council vice president, said the food items had been packed and would be distributed by scout members throughout the state.

He said the recipients had been identified, and the food parcels would be distributed when the Scout Food Bank Drive 2.0 starts on July 22 in conjunction with Sarawak Day.

“We do not want the recipients to come and collect the food parcels from us. We insist on delivering it to them,” he said.

He thanked scout members in Kuching who came to pack the food at their headquarters during the Hari Raya Aidiladha public holiday yesterday.

According to Sarawak Scout Council officials, the initiative has gained support from members and donors alike, hoping to provide relief to single parents and elderly folk with no financial support.

“Those eligible are mostly families whose sole breadwinners have lost their jobs and unemployed rural-urban migrants unable to return to their villages,” said Jumaat.

Sarawak Chief Scout Commissioner Capt Zainuddin Hamdan, who was also present at the press conference together with vice president Dato Mohamad Safri Abdillah and other officials, said 300 food parcels had been packed for distribution.

“They will be distributed to the district scout commissioners of Serian, Sri Aman, Betong, Saratok, Julau, Sarikei, Sibu and Kanowit, who will then distribute them to the needy people.

“Cash donation is entitled to a tax relief and a tax relief receipt will be posted to the donors after the donation is made. Whatsapp your bank-in slip or bank transfer slip together with your address clearly to 019-8890641,” said Zainuddin.