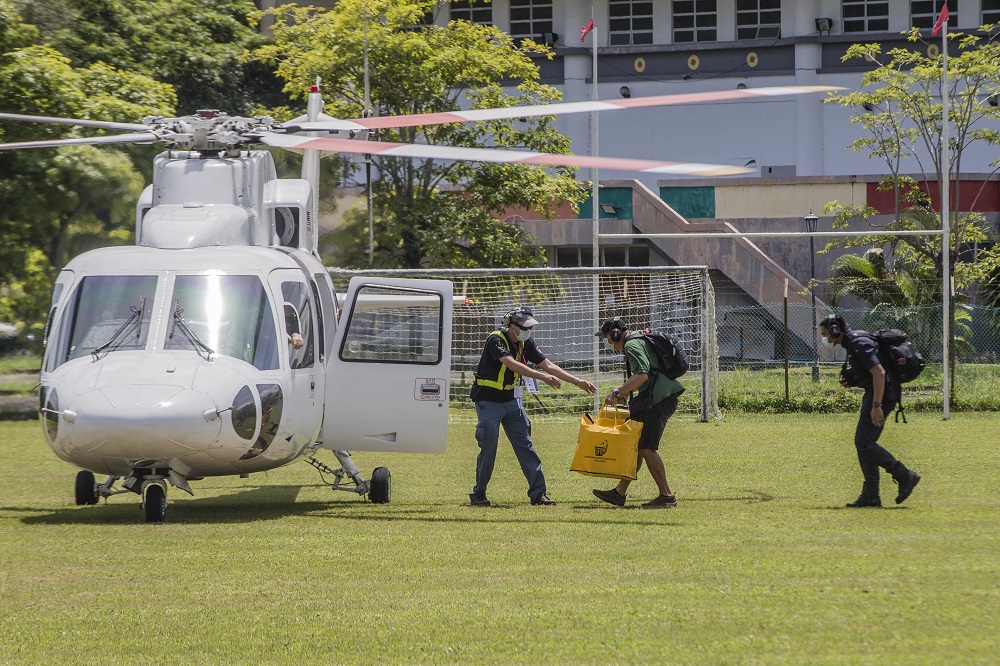 Health experts said that proper health measures must be in place this time to avoid a repeat of the Sabah election catastrophe last year. – Malay Mail photo

KUALA LUMPUR (July 22): Health experts are calling on both the federal and state governments as well as the election regulator to exercise caution in deciding whether or not to proceed with the Sarawak election due in October.

They said that proper health measures must be in place this time to avoid a repeat of the Sabah election catastrophe last year, which precipitated the third wave of Covid-19 infections in the country.

Khazanah Research Institute public health policy researcher Nazihah Muhamad Noor said the most important aspect to look at during a Covid-19 election is the campaigning and polling methods.

She said those running for seats may be vaccinated already, but the people they meet may not be. Besides, she said a vaccinated person can still be a carrier and infect others, more so now that new strains have emerged that are doubly contagious, like the Delta variant.

For a start, Nazihah suggested that more polling stations be opened and in well-ventilated areas.

“We must also consider extending voting hours to prevent crowding. Election staff may need to wear full protective personal equipment while voters must be made to wear double masks and practice physical distancing,” she told Malay Mail when contacted yesterday.

She also suggested that postal voting be extended to everyone to minimise physical travel to and from the polling stations, and to allow voters under quarantine the chance to make their ballot count.

“Learning from the Sabah experience, we must also practise stricter quarantine rules, especially for those travelling to and from high-risk areas to vote,” Nazihah added.

Chief executive officer for the Institute for Democracy and Economic Affairs Tricia Yeoh said the Election Commission should look into postponing the state election, if the law provides for it.

“It would take some sort of constitutional impasse where the Sarawak state governor and perhaps the Conference of Rulers and the Agong decide whether or not there are special circumstances that allow further delay.

“This needs to be explored with the help of constitutional and law experts on the potential legal options to do this.

“However, if the current term expires the governor can elect an interim state government until it is safe to hold an election,” she said.

To Yeoh, one of the biggest changes would be political campaigning with the elimination of large-scale events.

She said if the Sarawak election were to happen, candidates would have to use social media to campaign, something which could extend to the Malay peninsula eventually.

“Whether it’s online, radio or TV, minimal contact and making use of technology will be key.

“In which case the mainstream media needs to be fair to all political parties and allow equal air time.

“We must remember that even if we roll out of Phase One, large-scale campaigning is a thing of the past and this must extend beyond Sarawak to peninsular Malaysia, it has to change for good.

“The pandemic situation may improve but it’ll never really go away for some years,” Yeoh added.

The Sabah state election last September has been credited for kickstarting the huge surge in Malaysia’s number of daily Covid-19 cases in the last quarter of 2020.

Politicians, campaigners and voters flocked to the north Borneo state in large numbers and mingled freely on the campaign trail, exchanging fist bumps, hugs and other forms of physical contact. Cases in the peninsula subsequently spiked upon their return across the South China Sea.

Part of the blame went to poor travel restrictions and health screenings as well as weak compliance towards SOPs.

“They didn’t have much border control in Sabah. Hence at this stage, if we want to hold the election in Sarawak, we shouldn’t be repeating the mistakes in Sabah. It’s where things went wrong and people who got infected there came over here.

“However, if we can achieve good herd immunity or get a good amount of people vaccinated then maybe they can go ahead,” said Dr Kuljit when contacted.

“But we must still follow the SOPs coupled with tight border control creating a green bubble among themselves,” he added.

The Malaysian Medical Association said the country’s number one priority should always be the health of all residents.

“The decision has to be based on solid current scientific data from MOH on the Covid-19 situation in Sarawak,” he said.

The Sarawak Legislative Assembly’s five-year term expired last month, but the state election has been suspended following the declaration of a nationwide Emergency by the Yang di-Pertuan Agong in January.

The Emergency is scheduled to end on August 1, which means the Sarawak state election must be called within 60 days.

However, Santubong MP Datuk Seri Wan Junaidi Tuanku Jaafar said there is no confirmation if an election will be held this year.

As the Emergency is still in effect, he said he is unsure if it will end come August 1.

“The prime minister must decide with the rulers and the Agong what kind of declaration to make on August 2 but for now I haven’t seen it.

“Our term is done, but due to the Emergency we’re still in office.

“So I cannot say for now whether or not elections will happen but I’m sure come August 2 logic will prevail,” the politician from Sarawak’s biggest party Parti Pesaka Bumiputera Bersatu told Malay Mail when contacted.

Sarawak is among seven states that have transitioned to Phase Two of the National Recovery Plan, which means there is greater social and economic leeway.

According to Universiti Malaysia Sarawak’s Institute of Health and Community Medicine director Prof Dr David Perera, samples from positive cases were tested between June 7 and July 13.

The majority of the cases, at 52, were detected in the state capital, Kuching. – Malay Mail