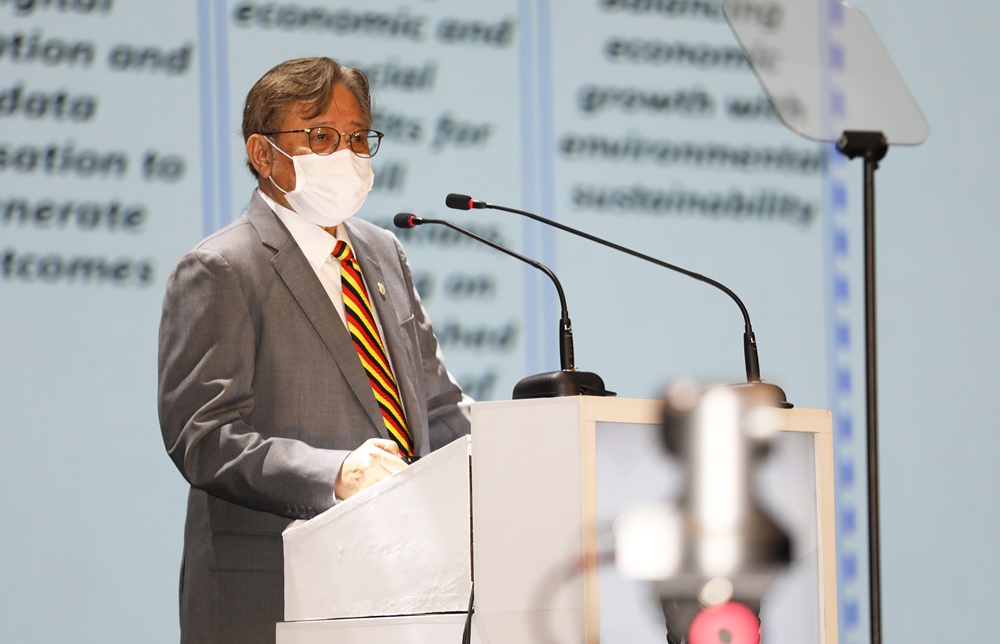 Abang Johari at the launch of the PCDS 2030. – Ukas Photo

KUCHING (July 22): Sarawak will do its bid by supplying oxygen to West Kalimantan, Indonesia which is facing shortage of oxygen amid the heightening Covid-19 pandemic, said Datuk Patinggi Abang Johari Tun Openg today.

The Chief Minister said he had been informed that West Kalimantan had requested Sarawak to help supply it with oxygen to fight the pandemic.

“It has to be a government-to-government initiative since we need to cross the border. We will send oxygen to the border where our army is stationed,” he said in response to a question at a press conference held after launching the Sarawak Post Covid-19 Development Strategy (PCDS) 2030 in conjunction with Sarawak Day 2021.

Abang Johari said the authorities are making the arrangements to supply oxygen to the neighbouring country.

Earlier this month, it was reported that Indonesia was running out of oxygen as the Southeast Asia nation endured a devastating wave of Covid-19 pandemic.

The Indonesian government reportedly sought emergency supplies from other countries including Singapore and China.

Indonesia, which is the world’s fourth-most populous nation, has reported more than 2.45 million Covid-19 cases and over 64,000 pandemic fatalities.

Previous ArticleLawyer Shafee under self-quarantine, trial to continue next month
Next Article CM: Phase 1 of Sarawak Post Covid-19 Development Strategy 2030 to be implemented under 12MP