Tuesday, August 9
You are at:Home»News»Sarawak»Sarawak to treat all new Covid-19 infections as Delta cases 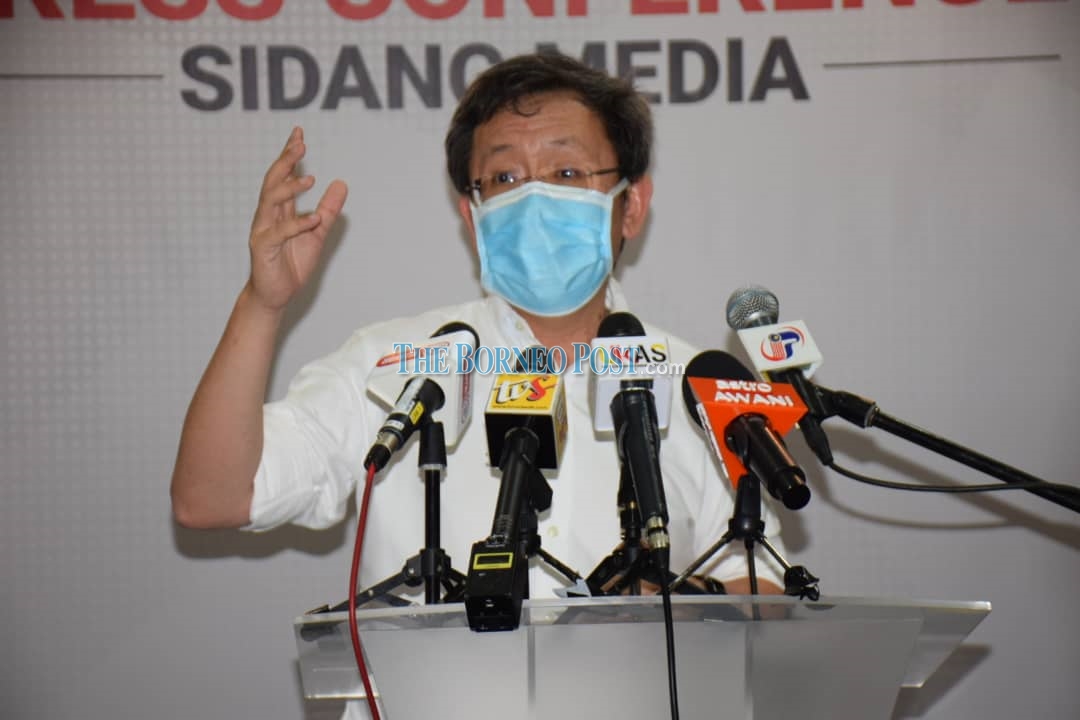 He said all new Covid-19 cases will now be treated as though they were of the Delta variant, which was capable of airborne transmission.

He said Universiti Malaysia Sarawak (Unimas) was conducting a genomics study to diagnose the various variants based on DNA samples of Covid-19 cases.

However, he said the results of such analysis would take up to four weeks or significantly longer than the six hours typically needed for the reverse transcription-polymerase chain reaction (RT-PCR) tests.

This delay meant it was necessary to treat new cases as Delta until proven otherwise, he said.

“By the time the results of the genomics study are out, not only the patient will be out of hospital but the local transmission (of Delta variant) will be so infectiously spread,” he said in a statement posted on his Facebook page last night.

Dr Sim, who is also the state minister of local government and housing, was responding to the detection of another 76 cases of Delta variant by Unimas’s Institute of Health and Community Medicine announced yesterday.

He said the 76 cases will not be the last ones detected in Sarawak and transmitted in the local community.

Dr Sim said panic, emotional, finger-pointing, and politicking will not help to decrease the number of variants.

“The only way to prevent any more new variants coming to Sarawak is a total lockdown of our borders, meaning no one is allowed to enter or leave Sarawak, be it legally or illegally,” he added.

Dr Sim said Sarawakians will have to live with the virus until the whole world is vaccinated and reaches herd immunity.

He urged all eligible Sarawakians to get vaccinated as soon as possible to reduce the risk of infection and if they are infected, it will be less severe and chances of death.

According to Professor Dr David Perera, director of IHCM yesterday, another 76 cases of the Delta variant were detected in its ongoing tracking and surveillance of the SARS-Cov-2 variants circulating in the state.

He said samples from positive cases were tested between June 7 to July 13, with 52 of the cases detected in Kuching.

Dr Perera said the 52 cases were identified based on samples taken from Sentosa Hospital, Satok Police Station and multiple other locations in Kuching.

He said 11 cases of Delta were detected in Serian, five in Simanggang, three in Samarahan and one each in Sibu, Miri and Betong. – Malay Mail