Thursday, August 5
You are at:Home»News»Court»Syed Saddiq charged with CBT, misusing of Armada funds for GE14 campaign 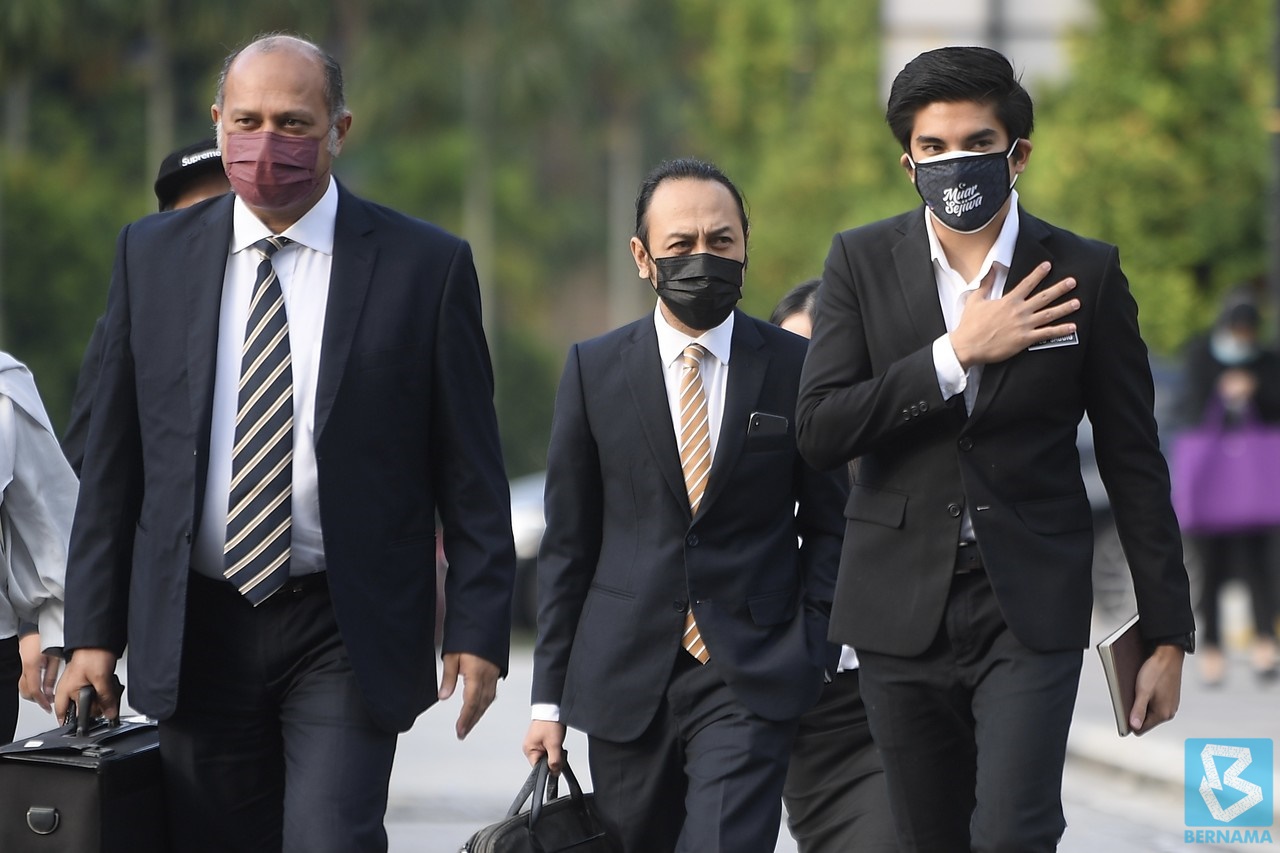 However, Syed Saddiq, 29, who is a former Youth and Sports Minister, pleaded not guilty to the charges, which were read out separately, before judge Azura Alwi.

On the CBT charge, Syed Saddiq was charged in his capacity as then Angkatan Bersatu Anak Muda or Armada, the youth wing of Parti Pribumi Bersatu Malaysia (Bersatu), chief, who was entrusted with the Armada’s fund, to have committed the offence by withdrawing RM1 million from the fund via a CIMB Bank Berhad cheque without the permission of the party’s (Bersatu) Supreme Council.

He was alleged to have committed the offence at CIMB Bank Berhad, Menara CIMB KL Sentral, Jalan Stesen Sentral 2, here on March 6, 2020.

The charge, framed under Section 405 of the Penal Code and punishable under Section 406 of the same law, provides an imprisonment for up to 10 years with whipping and is liable to a fine, if found guilty.

The offence was allegedly committed at Maybank Islamic Berhad,Jalan Pandan 3/6A, Taman Pandan Jaya between April 8 and 21, 2018.

He faced an imprisonment for up to five years with whipping and is liable to fine, if found guilty of the offence, which is framed under Section 403 of the Penal Code.

Earlier, Faridz offered Syed Saddiq bail of RM500,000 and RM300,000 for the first and second charge, respectively, on the grounds that the offences were serious, as well as for him to surrender his passport to the court and to report to the nearest MACC office.

He also requested a court order to stop Syed Saddiq from making any comments publicly as it could subjudice the court.

However, Gobind objected to the bail amount, saying that it was very high and applied for bail of RM20,000 on each charge on the grounds that the purpose of bail was only to ensure the accused’s appearance in court.

“My client is a person of high position and an MP who is active in the Muar constituency. The allegation that he will harass prosecution witnesses is a wild accusation as no report has been made showing the accused is trying to influence anyone

“He has cooperated with the MACC since investigation started in April last year and there is no risk for my client to flee,” he said and also questioned the prosecution’s action in charging his client a few days before Parliament was to convene when the permission to prosecute him was obtained seven months ago.

On the issue of the ‘gag order’ applied for by the prosecution, Ambiga said it was against the right to freedom of expression under the Federal Constitution.

Following which,  Azura allowed Syed Saddiq bail of RM330,000 with one surety for both charges and also ordered him to surrender his passport to the court and report to the nearest MACC office once a month.

On the bail amount, Syed Saddiq was required to pay RM80,000 today and the remaining RM250,000 bhy this Tuesday.

The court set Sept 10 for mention.

Meanwhile, Syed Saddiq arrived at the court at 9 am and he was accompanied by his parents, as well as Segambut MP Hannah Yeoh,  Lembah Pantai MP Fahmi Fadzil and PKR vice-president Tian Chua. – Bernama