Saturday, August 20
You are at:Home»News»Nation»NRP’s success needs support of all parties – PM 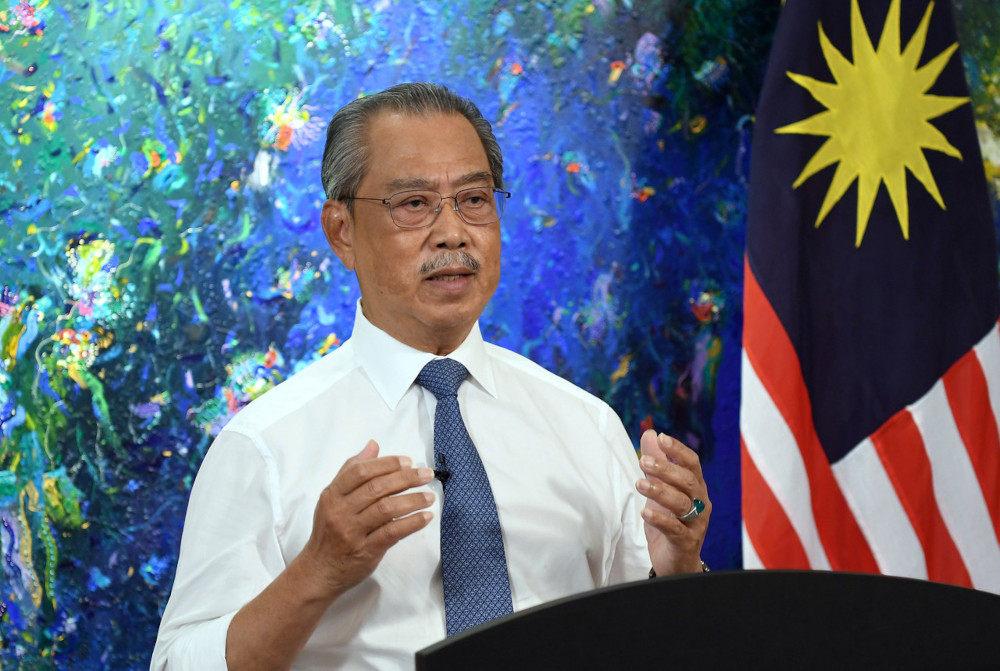 Muhyiddin said all parties including the government, the people, non-governmental organisations and other parties must work together and provide support for the success of NRP, which is a transition strategy out of the health crisis that hit the country since March last year. – Bernama photo

PUTRAJAYA (July 24): Achievements made under the National Recovery Plan (NRP) to enable Malaysia to come out of the Covid-19 crisis will depend on the support of all parties as it is very much a ‘whole of nation approach’ rather than a ‘whole of government’ one, Tan Sri Muhyiddin Yassin said.

The Prime Minister said all parties including the government, the people, non-governmental organisations and other parties must work together and provide support for the success of NRP, which is a transition strategy out of the health crisis that hit the country since March last year.

He said the country should not be seen as having failed to deal with the Covid-19 pandemic as the government had just embarked on the NRP, adding that achievements will take time as the plan cannot yield results over just a week or a month.

“It takes a bit of a long painful recovery but I do believe and have confidence that we will survive the test. Give the government a chance for this,” he said in a special interview with the media here today.

On June 15 Muhyiddin announced the NRP, which has four phases that will transition in stages.

It is guided by three main threshold value indicators to move from one phase to the next, which involve the Covid-19 transmission situation in the community based on the number of daily infection cases, the capacity of the public health system based on the rate of bed use in the Intensive Care Unit (ICU) and the level of the population having received two doses of their vaccine shots.

Muhyiddin said Malaysia was one of the first countries to submit a comprehensive recovery plan and for that, the government needed to be proactive in providing an orderly framework and policy to ensure the country is on the right track.

According to the prime minister, the country is now facing a dynamic situation with the emergence of new variants which requires the government to manage it quickly, systematically and transparently.

This includes increasing the vaccination rate, especially in the Klang Valley area as 50 per cent of daily Covid-19 cases are from Selangor and Kuala Lumpur, he said.

Muhyiddin said so far eight states had entered Phase Two of NRP, and expects Sarawak to be among the earliest states to move to Phase Three due to its high vaccination rate and good health control.

In addition, increasing vaccination rates through Operation Surge Capacity to ensure that all adults in the Klang Valley receive at least one dose of the vaccine by August 1 can also help flatten the infection curve, he said.

On the high number of Covid-19 infections in the Klang Valley, Muhyiddin said the ‘Greater Klang Valley Task Force’ had been set up and led by Health deputy director-general (Public Health) Datuk Dr Chong Chee Kheong to strengthen the preparedness of the health system in the Klang Valley in managing the pandemic.

He said the provision of adequate ICU beds, transferring non-Covid-19 cases to private hospitals and classifying more government hospitals specifically for Covid-19 treatment were among the measures taken by the task force.

The prime minister said the government had channeled a significant increase in expenditure to the Ministry of Health (MOH), more than RM70 billion since March 2020, to manage the pandemic, especially in increasing the country’s public health capacity.

He said the additional allocation was the highest increase in Malaysia’s history in a short period of time due to the health crisis.

“Indeed we have suffered for years…underinvestment in the public health system which this government is trying to correct now. I am not putting any blame on the previous administration but the fact is that we did not pay more attention to our healthcare issues and hospital facilities.

“The hospitals may look nice, but there are not enough beds, not enough ICU equipment, insufficient ventilators and not enough oxygen. Not having enough (of all these) has never happened in our history. This is the reality, and we can’t deny this,” he said.

Muhyiddin also expressed his appreciation and thanks to all healthcare frontliners who are struggling with the Covid-19 pandemic, and also apologised to all parties who have been impacted by the health crisis. – Bernama