Thursday, July 7
You are at:Home»News»Nation»PDRM to receive 16 high-powered drones for border surveillance 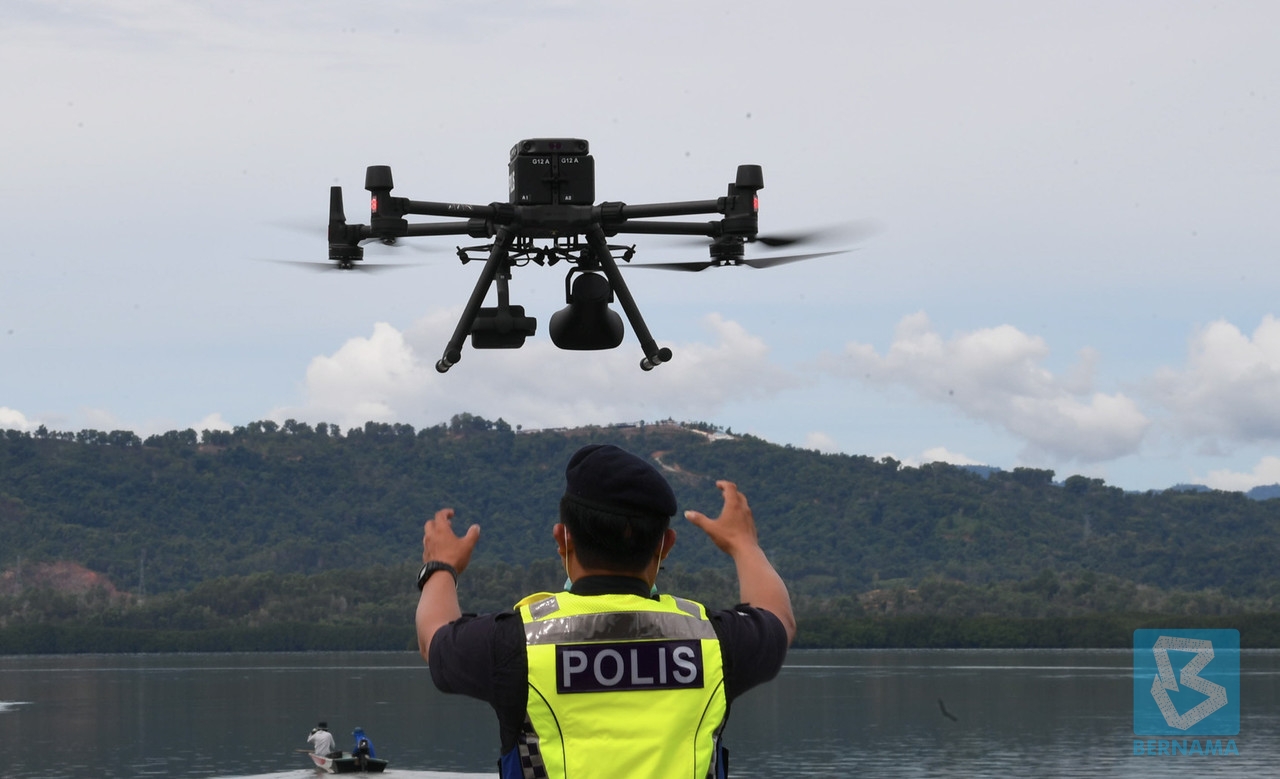 File photo of a high-powered drone used by the police in Tuaran, Sabah to monitor SOP compliance. – Bernama photo

KANGAR (July 24): The Royal Malaysia Police (PDRM) will receive 16 high-powered drones to help boost the level of security at the national border especially in areas which have not been fenced up.

“A total RM48 million had been allocated by the government through 12MP Rolling Plan 1 for the tender process by Home Ministry (KDN) to procure the drones.

“We hope the drones can help boost operations and the level of security at border areas especially those which are not fenced up, to curb criminal activities,” he told reporters here, today.

He said smugglers are using rat trails in the 44.55-kilometre of border areas, which have not been fenced up to dupe the authorities.

He said the drones would be able to stay in the air for more than four hours.

In addition, Mazlan said PDRM would receive 175 four-wheel drive vehicles soon to boost the level of its operation nationwide.

In the meantime, he said intelligence personnel assigned to border areas would be equipped with 1,000 inner bullet proof vests for better protection.

He said the government had approved RM5 million for the vests and he directed the intelligence personnel to continue upgrading their level of operation in the border areas to obtain important information.

“The intelligence group must be strong because we want to check criminal activities along the border areas,” said Mazlan who also conducted a check on the borders in Kedah and Perlis today. – Bernama