Monday, February 6
You are at:Home»Features»PwDs and employment: An issue deserving of attention
For the freshest news, join The Borneo Post's Telegram Channel and The Borneo Post on Newswav.

Lack of inclusion of persons with disabilities in the job sector remains a problem due to limited policies, practices

LEU Kien Chung lost his job after his left leg was amputated from the knee down due to complications from diabetes. That was two years ago.

Before that, he was a master chef at an academy in Seremban, Negeri Sembilan, where he trained students specifically in airlines and hospitality cuisines.

In the early three decades of his working life, Leu was at the top of his game – among his accomplishments in the culinary industry were having served the Brunei royal family as its chef, and leading a team from Riam Institute of Technology, where he was the lecturer then, to victory in an international culinary competition in 2013. 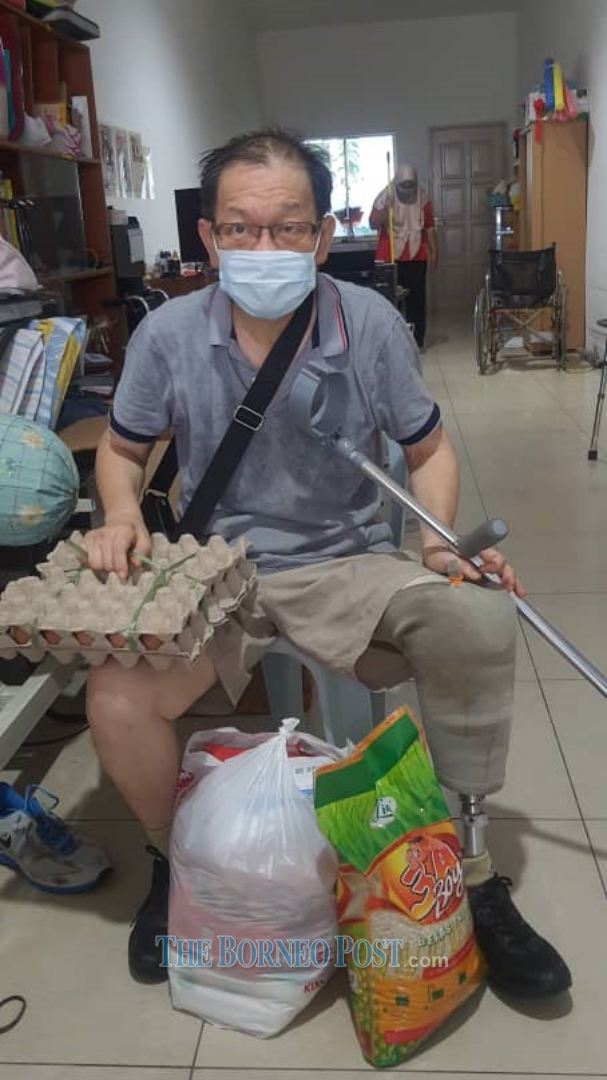 Leu hopes to be given another shot in employment.

“I’ve travelled to countries like Hong Kong and Thailand while on the job. I even took short courses in New York, US. Life was good,” he reminisced.

However, things went downhill after Leu became an amputee.
He had tried to land a vacancy at a restaurant, but to no avail.

Jobless and having a family to support, he applied for the ‘Disability Card’ from the Welfare Department, which upon approval, would qualify him for the monthly cash assistance.

“Now, I am a man in his 50s, sitting at home anxiously waiting and hoping to be given another shot in employment,” Leu told thesundaypost in Miri.

An issue deserving of attention

“It is one of the factors why many of them are living in poverty.

“Unemployment among PwDs could be due to several factors such as education level, lack of facilities for and public awareness of PwDs, and also family support – or most likely, lack of it.

“PwDs comprise those with different disabilities – hearing or visual-impairments, or physical or intellectual disability – but each of them has different needs, and is deserving of good education and a decent life.

“One would think that those (PwDs) who are able to pursue education up to SPM (Sijil Pelajaran Malaysia) or even diploma/degree level, should be given equal employment opportunity as those for other able-bodied individuals.

“Yet, the reality speaks otherwise.

“There is a small number of employers who are kind enough to employ PwDs, but the root of the problem hasn’t been properly been addressed by society,” said Boon.

He said in the past, many parents of PwDs did not know where to get help and in many cases, they resorted to keeping their children at home out of fear of social stigma.

“They unknowingly deprived their children of the opportunity to step outside of their homes, socialise with other people, and pursue education.”

Sarawak Association for the Deaf Northern Region (SADNR) chairwoman Mary Law told thesundaypost that they had only managed to register a little over 20 members, because many of them could not afford to pay the RM60 lifetime membership fee per person.

“This goes to show that there are many who don’t have any job, or those who are working but can barely support themselves. At least for those with hearing-impairment whom we have met, this is the brutal truth faced by them,” said Law. 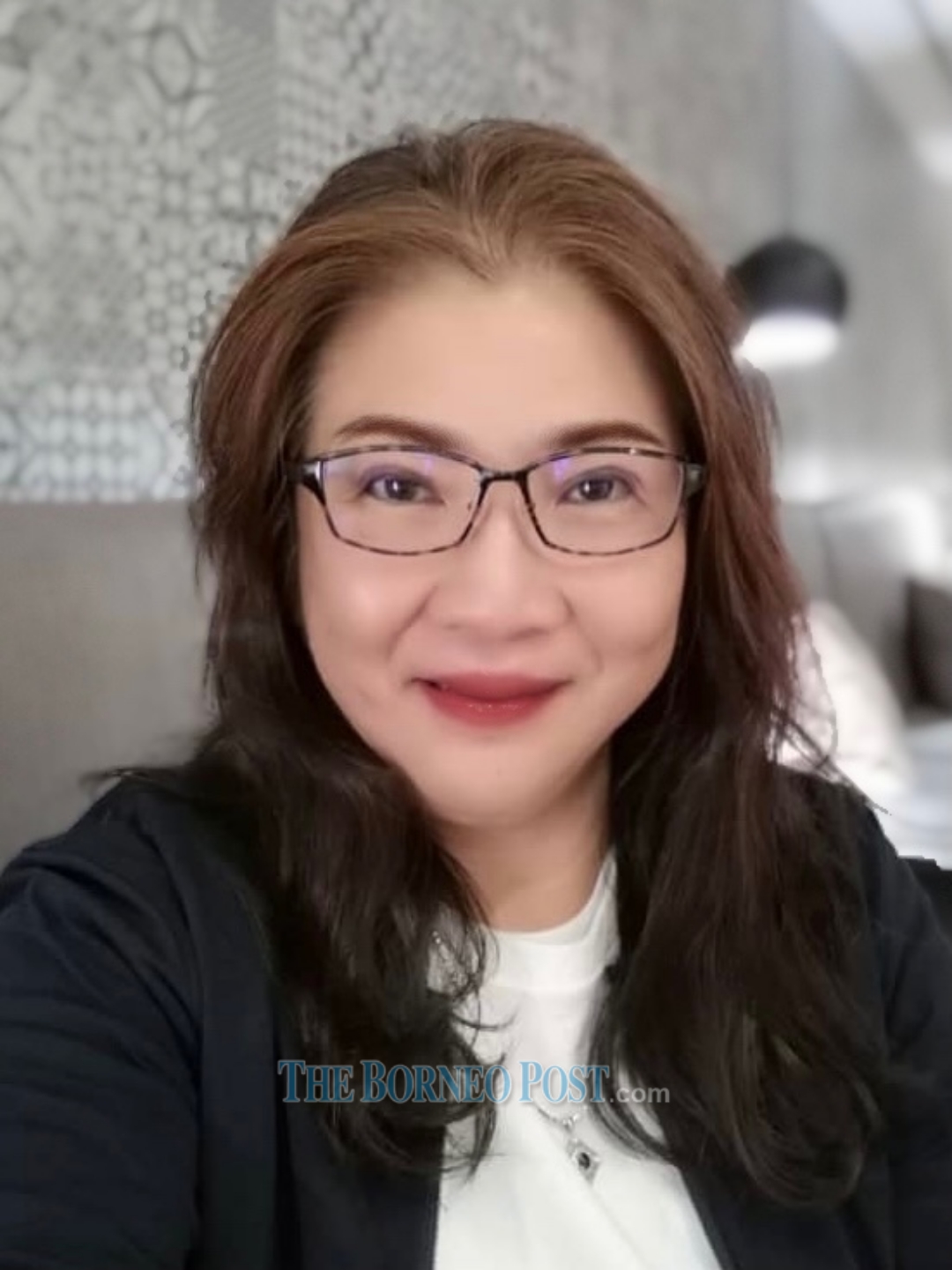 Nevertheless, she said SADNR continued to reach out to them whenever possible, because the core objective of the association, which was established two years ago, was to provide assistance for individuals with hearing disability.

“Education for people with disabilities is as important as that for the able-bodied people, because education does equate to being able to land a job, and having a job equates to having financial security in one’s life.

“This could explain why many of the middle-aged people with hearing disability whom we’ve encountered are struggling with poverty because they never received any education,” said Law.

“This indirectly raises public awareness of special education being able to offer hope to the PwDs.

“What’s more important is that families of children with disabilities must be exposed to the idea of sending their children out to receive proper education, as it is the best way to prepare them for a good future,” added Law.

A Universiti Utara Malaysia (UUM) study on ‘Employees with Disabilities: Malaysian Employers’ Reflections’, which was undertaken in 2017, discussed the issue of employment among PwDs from the perspective of employers.

The research, which involved six employers from the private services sector in Malaysia, found that the process of managing PwDs as employees was ‘challenging’. With limited policies and practices, many organisations and human resources departments could rely only on personal experiences and self-learning in managing disabled employees.

In Malaysia, the government has implemented laws and policies as well as programmes pertaining to the matter, but the lack of inclusion of PwDs in the employment sector still appears to be ‘an unsolved problem’.

Under Clause (2) of the same Section, it states that the rights of PwDs shall be protected by the employer on equal basis as any person without disabilities, to just and favourable conditions of work, including equal opportunities and equal remuneration for work of equal value, safe and healthy working conditions, protection from harassment and the redress of grievances.

In 2010, the ‘one-per-cent policy’ pertaining to PwD employment in the public sector took effect in April 2008, with implementation through the Services Circular in 2008 and 2010.

Nonetheless, in December 2020, Dewan Negara member Senator Datuk Ras Adiba Radzi had said that only two ministries had employed PwDs that accounted for more than one per cent of their overall workforces.

The two ministries are the Ministry of Women, Family and Community Development, and the Ministry of Defence – they registered 1.8 per cent and 1.3 per cent, respectively.

She was appointed senator in May last year.

Isak Ngau, chairman of Society of the Blind Malaysia (Sarawak), recently highlighted to thesundaypost that the unemployment among PwDs must be seriously looked into by the government, in that this was among the factors contributing to the deterioration in the quality of life of many PwDs.

“There are many blind or partially-blind individuals being academically qualified for certain jobs like office workers and teachers, and the most common job that we know of is being a phone operator.

“Many of those with visual-impairment have at least SPM qualification, which should qualify them for some decent jobs. But, the opportunity is very slim,” he said. 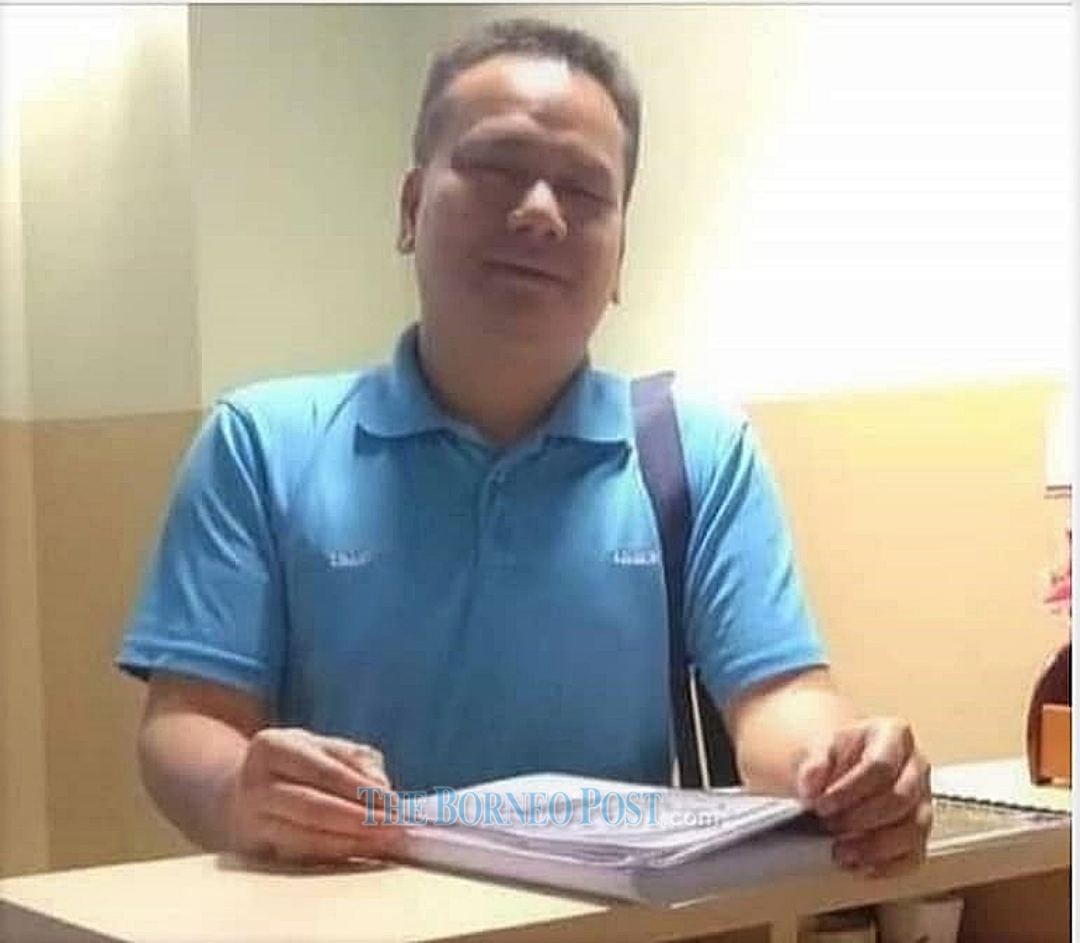 Isak says many employers do not know about the perks in hiring PwDs such as tax deductions and government’s special incentives.

He said there were many incidents where PwDs with good educational background had failed to attend the final job interview because of transport issues, and also lack of PwD-friendly facilities at the workplace.

“For the blind/ partially-blind individuals, travelling between home and work using public transport can be very costly, time-consuming and complicated, and not many have family members who can take care of this problem.

“Employers usually would want to save costs on this (provision of transport and other facilities for PwDs).”

Isak said what many employers did not know were the perks in hiring PwDs such as tax deductions and government’s special incentives for those hiring disabled individuals.

“The special incentive, as announced under Budget 2021, states that 60 per cent of the wages for employees who are PwDs would be covered by the government.

“This should be a really good deal for the employers,” he said.

According to Isak, several companies in Sarawak that are hiring PwDs are Sarawak Energy Berhad (SEB), Public Works Department (JKR) and also those from the hospitality sector.

“We have a few of our members who work as phone operators and housekeeping staff (at hotels). They are excellent at their jobs, and we are very proud of them.”

Not all sectors had been spared from the brutal impact of the pandemic – one of them being the wellness and reflexology business segment, which had been a good industry for many PwDs, especially the blind folk, to earn a living.

“It’s sad that reflexology was categorised under services that were not allowed to operate during the prolonged Movement Control Order (MCO) period, in that they were labelled as non-essential services.

“This had pushed many (reflexology) centres to the brink of collapse, which had impacted the PwDs negatively. Many have lost their key means of livelihood,” added Isak.

PwDs: Their voices and hopes

A University of Birmingham’s paper on ‘Disability and Poverty: Two Related Conditions’, which was undertaken in 2015, studied the vicious circle and also the bidirectional relationship between disability and poverty.

It found that PwDs faced social exclusion and higher level of poverty, even in developed countries.

“They are usually categorised as socially and economically marginalised. In developing and developed countries, they face higher risks of poverty and impoverishment, higher rates of unemployment and underemployment, and lower education levels.

“It is found that disability increases the risk of becoming poor or impoverished. Exclusion from basic services such as education and health have negatively impact the lives of those with disabilities,” said the study, indicating that having a job meant a better chance for the disabled folk to build up their lives and make them more comfortable.

Abdul Mutalib Bujang, a visually-impaired young man working at SEB headquarters’ customer services department, said he felt fortunate for having landed a job at the corporation, on the back of his Sijil Tinggi Persekolahan Malaysia (STPM) qualification.

Having been with SEB since September 2010, he said his daily work would involve checking the phone lines and preparing daily reports – among other key tasks. 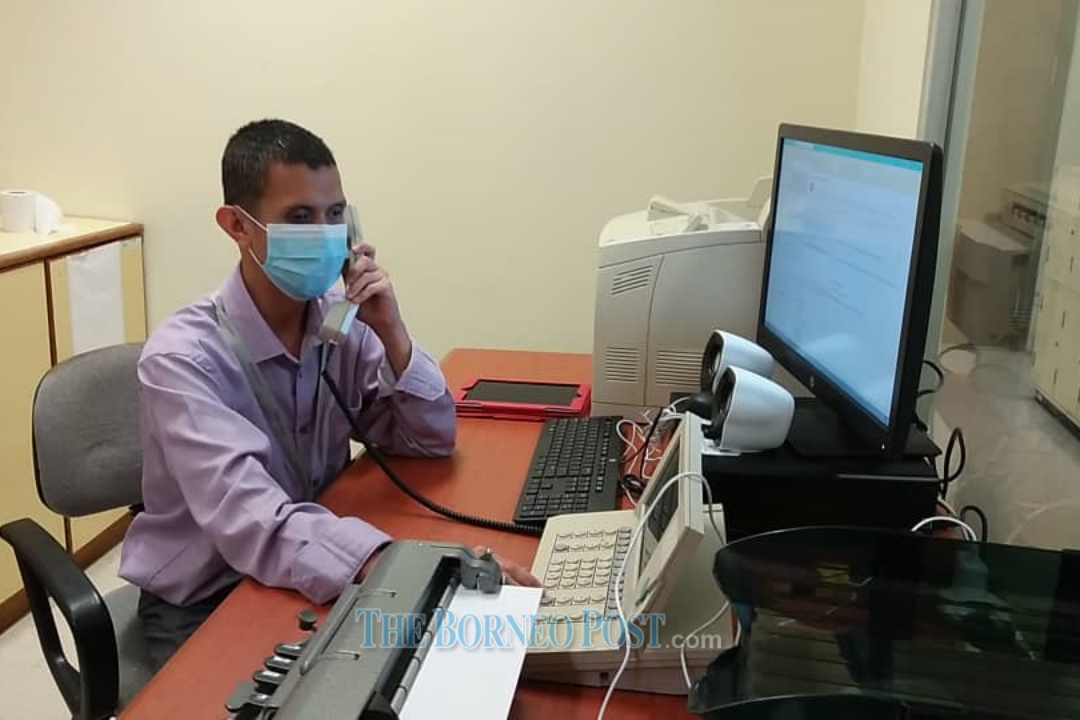 Abdul Mutalib hopes that the private and public sectors could open more job opportunities to the PwDs.

“I hope that the private and public sectors could open more job opportunities to the PwDs, especially the visually-impaired ones because barring our eyesight, we can offer other skills and we are always up to the task,” said Abdul Mutalib.

Partially-blind Suzzane Jelian, 23, a housekeeper at a hotel in Kuching, said PwDs should be given a chance in employment as with good training and practices, they should be able to perform – sometimes better than their able-bodied co-workers.

“I can still see, but the images are blurry. So with training, we can work in a familiar environment.

“The amount of challenges that the PwDs have to endure in landing a good job and attaining proper livelihood are beyond one could ever imagine.

“We really hope that we could have same employment opportunities as those opened to the normal people too,” said the STPM holder. 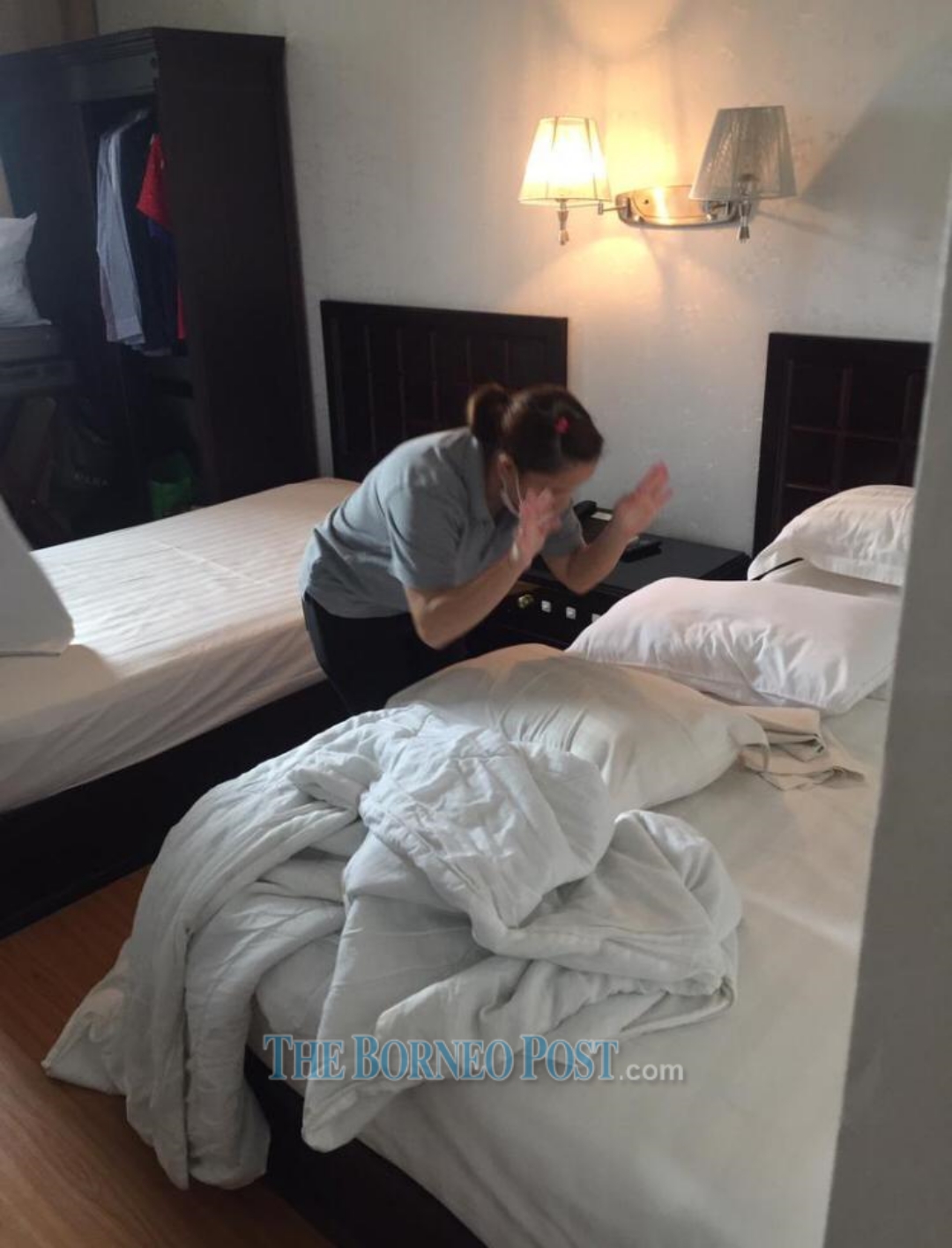 Suzzane gets a room ready for the guests – it is among her daily tasks at her workplace in a hotel in Kuching.

Sherry Jasmine, a teacher at a primary school in Miri, felt that in terms of society’s awareness of PwDs, lots of improvements were needed and having said that, she understood that this would take time.

“My left foot was amputated two years ago, following severe bacterial infection in the left heel.

“After that, I slowly learned how to live as a PwD, and it really changed my perception.

“I have seen many people become demotivated and depressed after being struck down with disability. I must admit – stigmatisation is a bitter reality that we, the PwDs, have to live with.

“We don’t need sympathy, but words of encouragement would definitely keep us going,” said Sherry, who is a mother of three children.