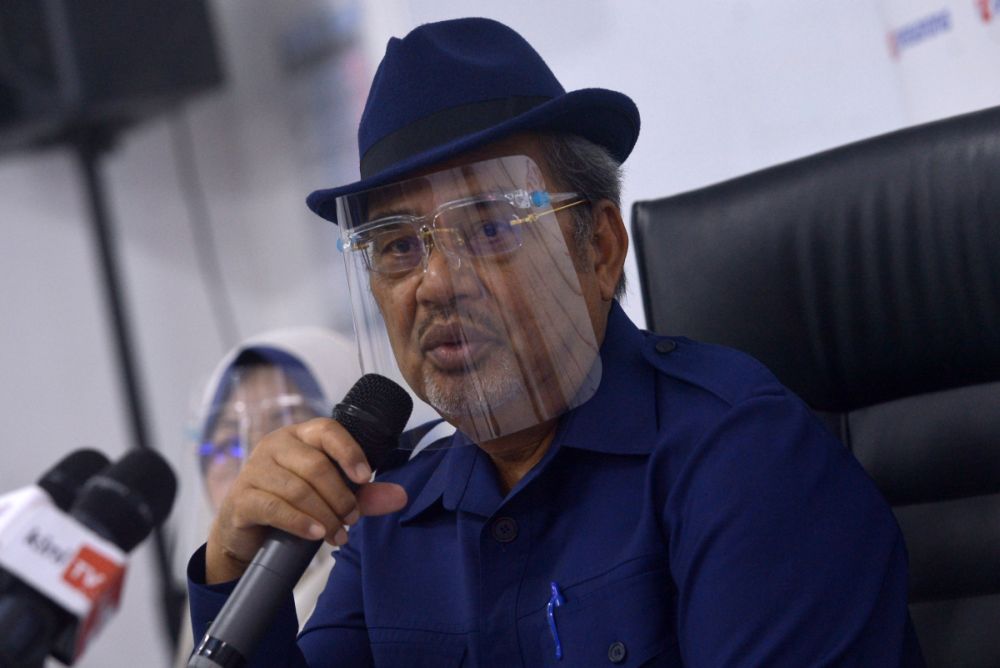 Datuk Seri Tajuddin Abdul Rahman has also been observed maskless at times while attending the special sitting inside the Dewan Rakyat, but no fine has been issued for that. — Malay Mail photo

“Further investigations were conducted on the posting which was detected around 10am today and found that Datuk Seri Tajuddin Abdul Rahman had attended the special parliament sitting on July 26.

“At around 2.30pm the same day, the lawmaker was found not wearing a face mask when he was accompanying an unidentified individual at the Parliament lobby.

“On the above violation, a fine was issued against him today at 1pm,” Beh said in a statement here.

However, Beh said the fine amount would be decided by the district health officer some time later.

Tajuddin has also been observed maskless at times while attending the special sitting inside the Dewan Rakyat, but no fine has been issued for that.

The latest incident follows a prior violation just two months ago when Tajuddin was fined RM1,500 for not wearing a face mask during a press conference.

The offence took place at the KLCC LRT station following a site inspection by Tajuddin where two trains had collided, resulting in 213 passengers sustaining various degrees of injuries on May 24.

In the incident that was caught on camera, the former Prasarana Malaysia Bhd chairman had explained that his decision to wear only a face shield was so it would be easier for the press to hear him. — Malay Mail