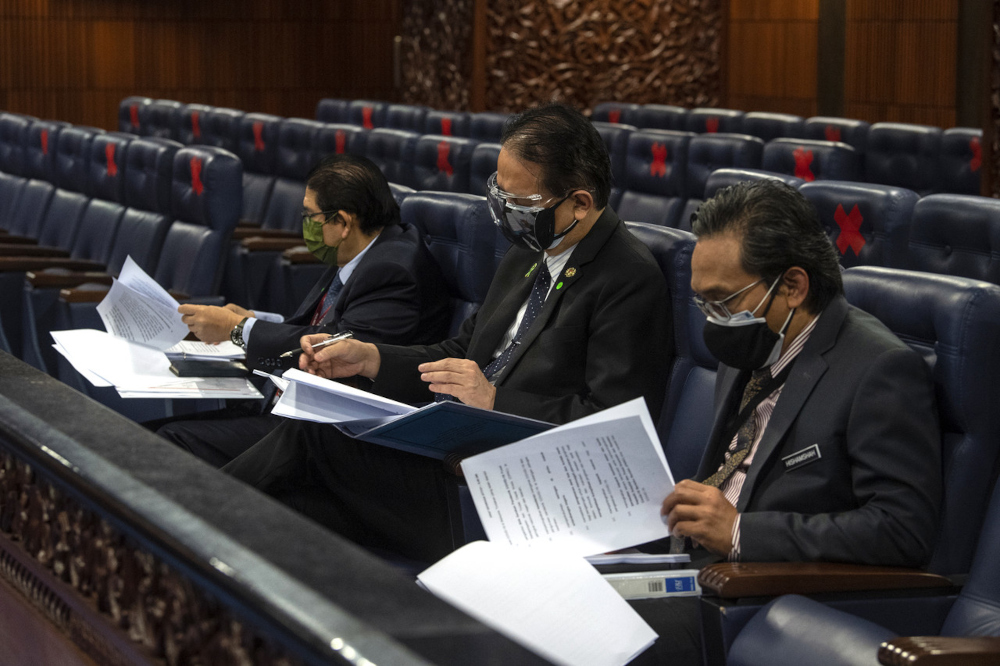 Tan Sri Dr Noor Hisham Abdullah is pictured at Parliament in Kuala Lumpur July 27, 2021. In a late night series of posts on Twitter, the Health director-general said that the problem plaguing contract doctors was a long-lasting one and referenced his 2019 tweet highlighting “understaffed, underpaid’ and “overworked’ public healthcare workers. — Bernama pic

In a late night series of posts on Twitter, the Health director-general said that the problem plaguing contract doctors was a long-lasting one and referenced his 2019 tweet highlighting “understaffed, underpaid” and “overworked” public healthcare workers.

“As we fight for the cause of better working conditions and better future for contract officers, we might suffer and be hurt in our journey.

“I would prefer an amicable solution via negotiations (ongoing with numerous parties) rather than demonstration during this difficult times & MCO,” he wrote today.

He expressed hope that a “special task force” led by the Malaysian Medical Association and the Ministry of Health would oversee an amendment of the Pensions Act 1980 to solve the problem.

He said the amendment should allow for permanent employment with Employees Provident Fund (EPF) payments within two years of all contract extensions given to the some 23,000 contract doctors currently employed by the government.

“In the interim, the contract officers can still continue their Postgraduate Education in Masters or Parallel Pathway.

“It is our utmost hope that in two years or less, they will be absorbed into permanent employment under EPF,” he added.

On Monday, hundreds of junior doctors and medical officers in several public hospitals nationwide staged a walkout to express dissatisfaction with their current treatment in the government health system.

The move was organised by Hartal Doctor Kontrak at least as early as last month — “Hartal” itself reportedly being a Gujarati word meaning mass protest or strike.

According to the movement, the problem started when the Ministry to Health implemented a system in 2016 that offered junior doctors contractual positions after finishing their housemanships — as opposed to the full time positions offered to their predecessors.

Aside from the reduced pay and benefits even though they work the same hours, the contract doctors are also faced with an inability to further their specialisation as master’s programmes in public universities are reportedly only granted to permanent civil servants.

These problems were further brought to light during the Covid-19 pandemic where doctors are currently being overworked to tend to the sick.

As a solution, on July 23, the Cabinet said it had agreed to appoint medical officers, dental officers and pharmacists by contract for a period of two years once they have completed their compulsory service to ensure continuity of service and preparation for pursuing specialist studies.

The Cabinet also agreed to extend the contractual appointment to a maximum of four years for medical officers and dental officers who are pursuing specialisation studies during the contract period of the first two years.

However, the strike organisers said they would proceed with the walkout as the government’s announcement did not fundamentally resolve their complaints.

Then later in the evening, Health Minister Datuk Seri Dr Adham Baba said the government will not take disciplinary action against contracted doctors who participated in the hartal.