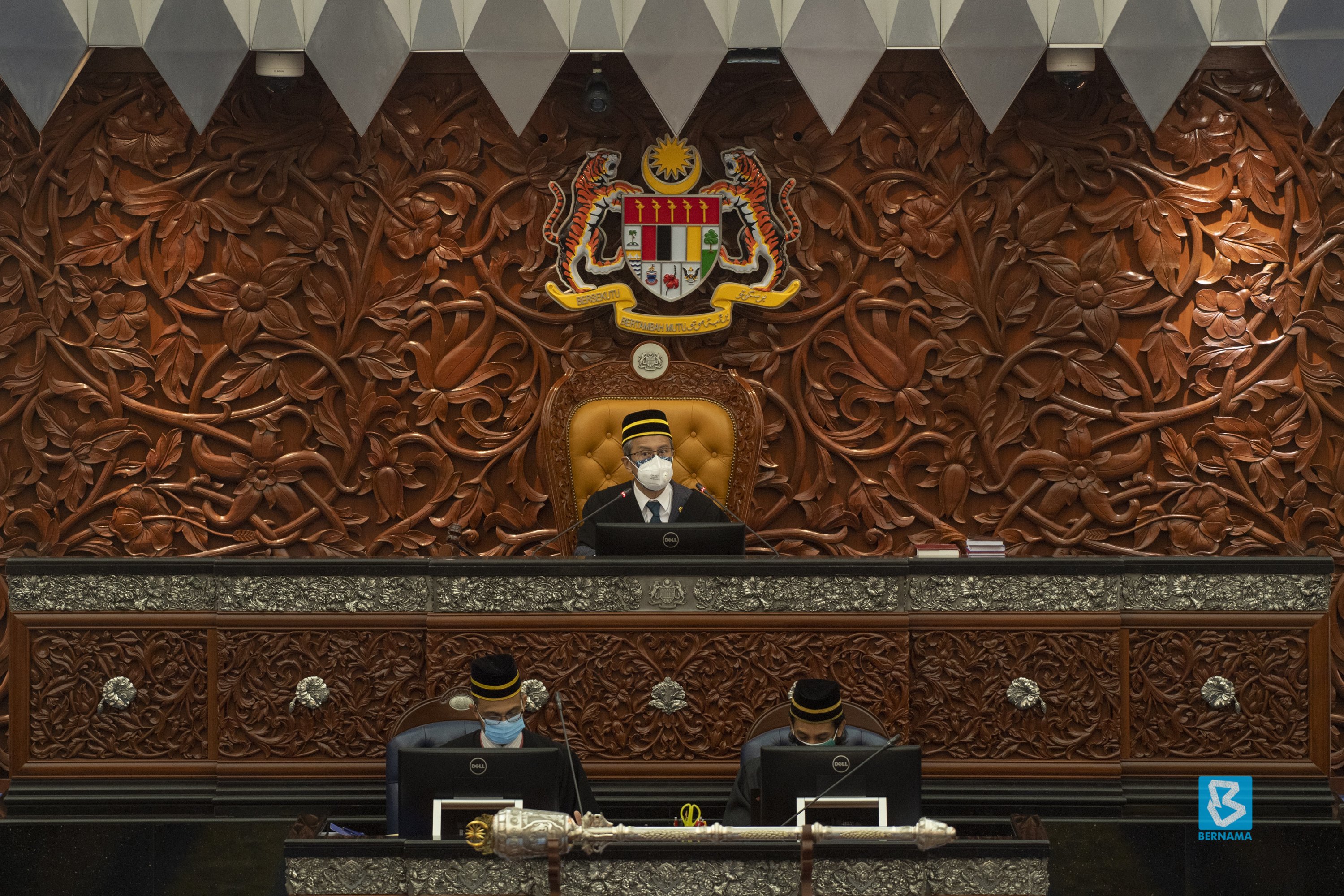 Azhar said provisions within the Parliamentary Standing Orders only accords him the power to add 15 more minutes to the day’s session. — Bernama photo

KUALA LUMPUR (July 29): Requests by Opposition lawmakers for Dewan Rakyat Speaker Datuk Azhar Azizan Harun to exercise his right and extend the current special Parliament sitting were shot down by the latter today on the grounds this was beyond his jurisdiction.

“The Speaker can extend the time beyond 5.30pm for not more than 15 minutes. That is all the power I have. That is why, at the end of the day’s session in the evening, I automatically extended the time to 5.45pm and that is the maximum.

“But there is one condition where it says a motion can be tabled by the minister to extend, shorten, and change the sitting times.

“So if there are any motions it has to be raised by the minister,” he explained.

This came after Anwar had asked Azhar to extend the daily sittings to beyond 5.45pm, and for him to allocate additional days for the current special sitting.

“The reason is many of the MPs have complained they were unable to debate and air their views. So if there is any way to add days, even if it is with time limitations, we are asking for more time,” said Anwar.

Takiyuddin explained that Dr Noor Hisham gave lawmakers two choices, during a meeting with both government and Opposition MPs on Monday morning, which was either to not have the sitting entirely or go ahead with specific conditions.

“Dr Noor Hisham said in normal cases, with 77 over people sitting in one area, with just one Covid-19 positive case, they would usually enforce an enhanced movement control order (EMCO).

“However, since all lawmakers were already present, the director-general said to limit the number of MPs at one time within the Dewan Rakyat, and actually only allowed us to sit until 2pm but later allowed for 5.30pm,” he said.

Takiyuddin included how his hands were also tied by the Standing Orders which compel him to adhere to the advice of professionals.

“There is a provision, yes, which gives power to the minister, but it has to be based on the views from an expert, not political views.

“So I have received the mandate not to extend beyond 5.45pm or to add more days,” he said. — Malay Mail