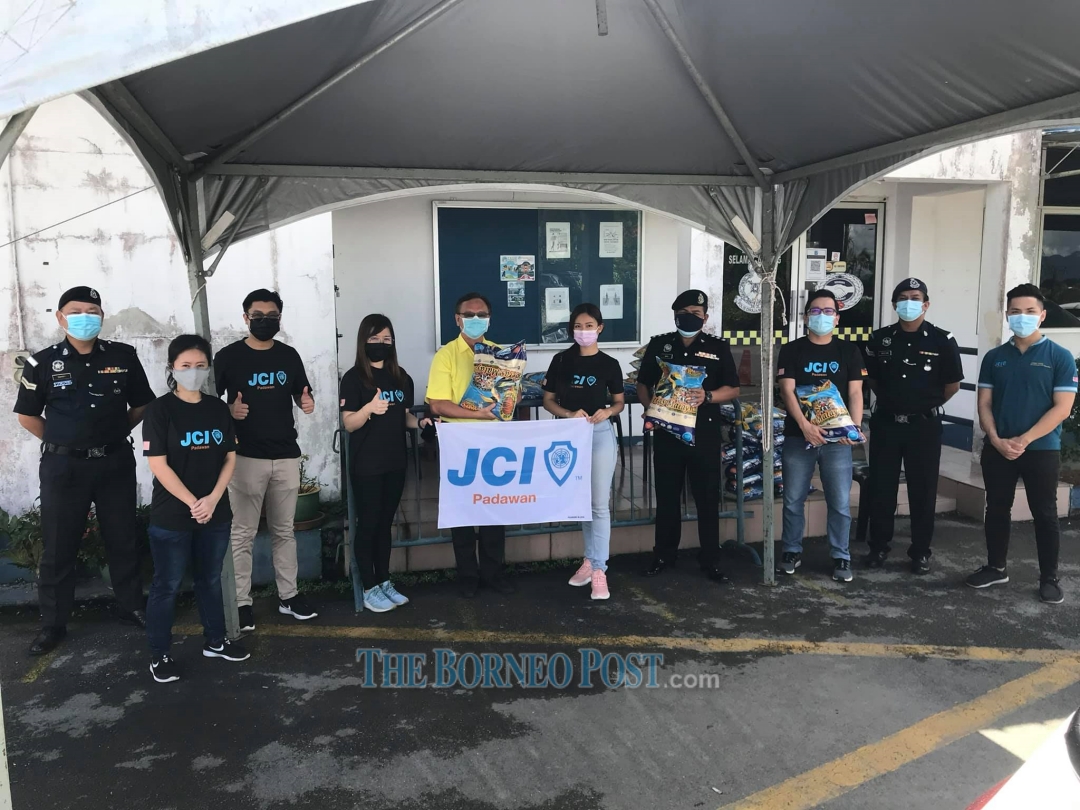 Lo (fifth left) and Rachael (fifth right) join the JCI Padawan team and police personnel in a group photo at IPD Padawan after the handing-over of the donated rice.

According to JCI Padawan president Rachael Justin, this initiative is meant to help alleviate the burden off the families whose livelihood has been adversely affected by the restrictions imposed as means to curb the spread of Covid-19.

“Earlier this month, we distributed 50 bags of rice to the affected families in Padawan area, where we received solid support from (Batu Kitang) assemblyman YB Lo Khere Chiang, who is also the chairman of Padawan Municipal Council.

“Special thanks also to the sponsors PP William, Louis Muk, Candice, Qubee and Hon for their generous donations.

“Our deepest appreciation also to the police personnel from the Padawan District police headquarters (IPD) for helping us distribute the rice to the affected families,” she said in a statement.

Most recently, the JCI Padawan team went out to deliver a total of 1,000 packs of ‘Nasi Ayam Penyet’ to 11 locations comprising villages under active case detection (ACD) and Enhanced Movement Control Order (EMCO), as well as vaccination centres (PPVs) and quarantine centres. 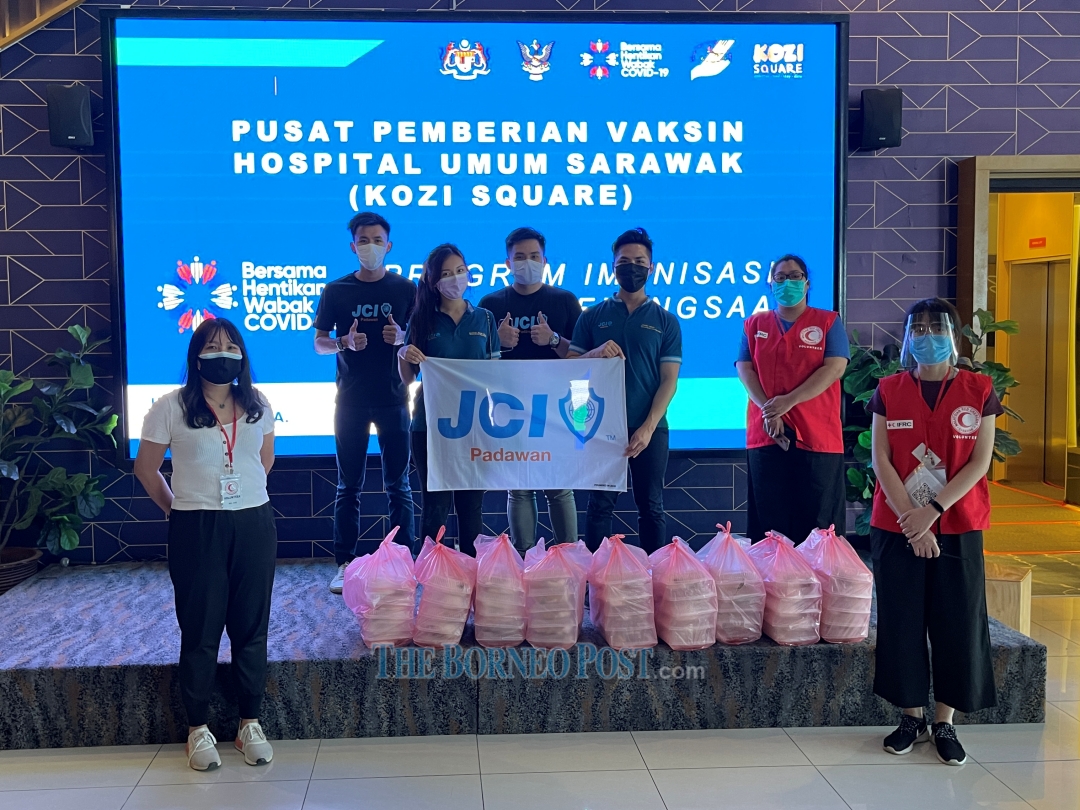 Rachael (on platform, second left) and her team deliver packs of ‘Nasi Ayam Penyet’ to the frontliners at PPV Kozi Square.

“Apart from delivering food to villagers in need, this programme also marked our appreciation to all the frontliners – whether they’re from the health sector, the police and armed forces, Rela, Civil Defence Force or even the volunteers,” said Rachael, while expressing special thanks to 3H’s Corner for its generous donation of the food, as well as to Kuching Food Aid and Kuching Runner Community for assisting her team in the delivery.