Tuesday, May 17
You are at:Home»Columns»Uncle DI»Time to play with the ‘big boys’ 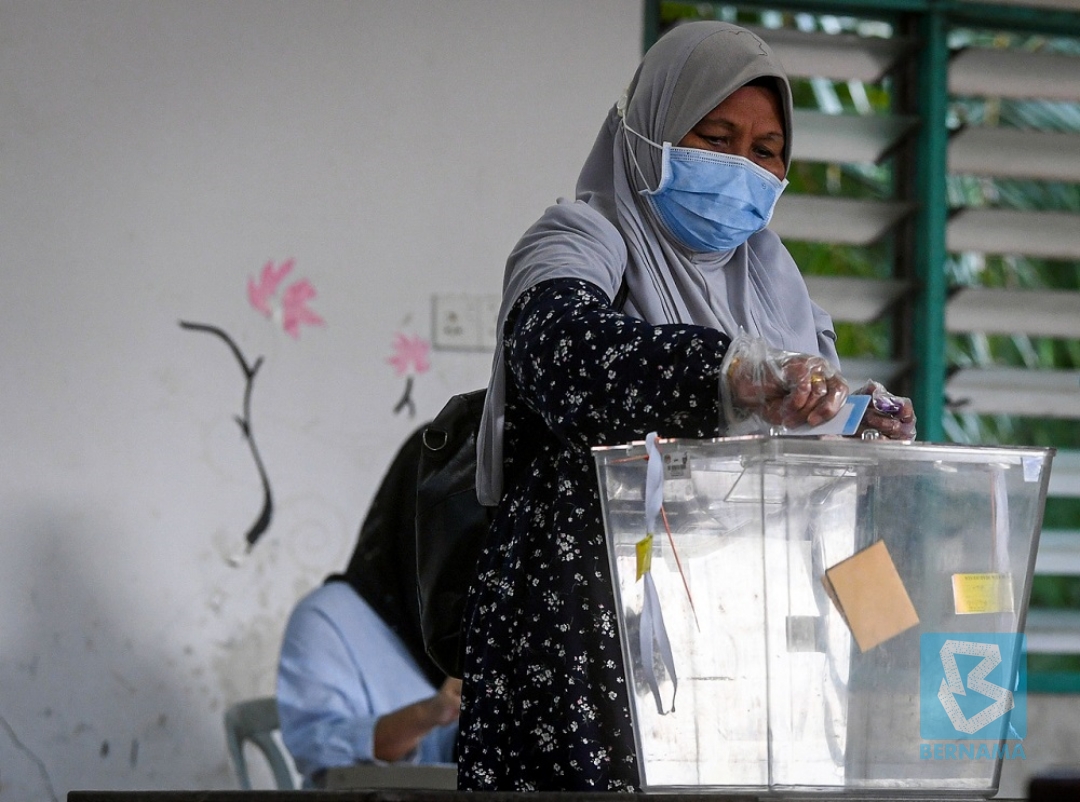 If and when the situation in the country is safe for and conducive to holding elections, Sarawakians and Sabahans should elect legislators who can persuasively articulate their interests not only in the august House, but also outside it. — Bernama photo

THE Yang di-Pertuan Agong, Al-Sultan Abdullah Ri’ayatuddin Al-Mustafa Billah Shah, has decreed that Sarawak be placed under a Proclamation of Emergency From Aug 2, 2021, to Feb 2, 2022.

With the King extending the State of Emergency for Sarawak, there would be no state election to be this year.

“Clause (1) of Article 150 of the Federal Constitution provides that in the said circumstances, we may issue a Proclamation of Emergency to suspend the general election to the Dewan Undangan Negeri in order to prevent any further increase in the spread of the epidemic of Covid-19 if the general election is held:

“Now, therefore, we Al-Sultan Abdullah Ri’ayatutuddin Al-Mutafa Billal Shah Ibni Almarhun Sultan Haji Ahmad Shah Al-Musta’in Billah, by the Grace of Allah, Yang di-Pertuan Agong of the States and territories of Malaysia, in exercise of the powers conferred on us as aforesaid, proclaim that a grave Emergency exists and that this Proclamation shall extend throughout the State of Sarawak from Aug 2, 2021 to Feb 2, 2022,” said the King in a gazette issued from Istana Abdulaziz in Kuantan, Pahang, late Friday.

And Parliament is in session after a hassle to get it reconvened. The ‘kecoh’ (chaos) is apparently considered ‘normal’. Maybe so, but what the ordinary Malaysians want is for their legislators to talk less and to think more: less of interests of political parties, but more of daily bread and butter issues; more about the most effective ways and means (tests, vaccines) to combat the common enemy; and much more about the implementable strategies with which to resuscitate, rehabilitate and rejuvenate the economy as soon as possible.

What about the role of ordinary Malaysians? What can we do, together, to move our country forward?

If politicians have failed us, let’s look for a new batch who can deliver the goods better and faster. It is in our power to do so, if we exercise our individual right to vote into Parliament the representatives of calibre.

We need statesmen and stateswomen badly.

We are the architects of the future and fortune of this country. So it is the bounden duty of every one of us to make the nation better, not wreck it.

I opt for improvement to the exiting conditions in Malaysia. One way is by injecting new blood into Parliament and flushing out the clots and the warts; simultaneously, by enhancing the system of government of the people, by the people, for the people.
Holding regular and fair elections to choose more effective leaders for the legislatures is one key cog in the wheel that sustains such a system.

Success or failure to achieve this option depends on how the federal government will treat Sarawak and Sabah after the Emergency; how the politicians from dominant political parties treat us. Do they see us as partners actively planning and working for the future, or as followers to toe their line only?

If and when the situation in the country is safe for and conducive to holding elections, Sarawakians and Sabahans should elect legislators who can persuasively articulate their interests not only in the august House, but also outside it. We need leaders who can master the art of lobbying quietly, but producing results.

Budding parliamentarians from both states should earnestly start preparing for the next General Election any time it is held and get elected or re-elected as the case may be.

They will be our frontliners in dealing with the federal leaders who, in the recent past, have been wielding major powers, treating the MPs from the Borneo states as ‘mere second fiddlers’.

Since September 1963, all that the Malaysians in Borneo have been after is a fair deal from the federal government in terms of honouring the safeguards and conditions of entry into the Federation. At the risk of repeating, many of these conditions are contained in written documents, such as the Malaysia Agreement 1963 (MA63) itself and in other related report such as the Cobbold Commission Report, the Inter-Governmental Report, the Federal Constitution and even the state constitutions of Sarawak and Sabah.

Don’t ever forget about the assurances and the promises made by the pro-Malaysia advocates at the time! It was a bit like a fellow courting a girl – he’ll promise her anything. After the wedding, how many of the promises does he keep?

Unfortunately, many of the documents on the early formation of Malaysia are not easily accessible to everybody; hence, the confusion and doubts. However, we will eventually learn more about the early years from the ‘migrated archives’ if we’re keen enough to read them – no need to go to London.

A team to KL

We must send a team of parliamentarians from Sarawak and Sabah to Kuala Lumpur, with a mandate to secure as much as possible what is due to these two states, in terms of restoring lost rights over oil and gas (see Petroleum Development Act 1974) and over territorial waters through the Territorial Act 2012, to name just two sticky issues – education and religion are next on the list.

In seeking a fair deal for Sarawak and Sabah, the MPs from all parties would not go wrong if they fight for the interests of the natives in both states. There must be a better deal from the government (both federal and state) for those natives in terms of reservation of quotas in respect of services (federal and state) as enshrined in the Federal Constitution (refer to Article 153) and to Article 39 of Sarawak Constitution. For Sabah, it’s article 41 of its constitution, if I’m not mistaken.

This so-called affirmative action or positive discrimination has eluded many natives in both states. They have missed the ‘boat of development’. It is not wise to ignore them anymore; small in number they may be, but large enough not to be sidelined any longer.

In the context of safeguarding the special position of the natives of Sarawak and Sabah, it is vital that the MA63 talks must proceed, conclude and succeed to the satisfaction of all concerned. The young Malaysians in Borneo are prepared to fight for the continued safeguarding of the special rights of their states. Smart will be the politician who is prepared to work with, not against, them.

Federal government must be run by competent leaders. Sarawak and Sabah must be part of the team that leads the nation for many decades to come.