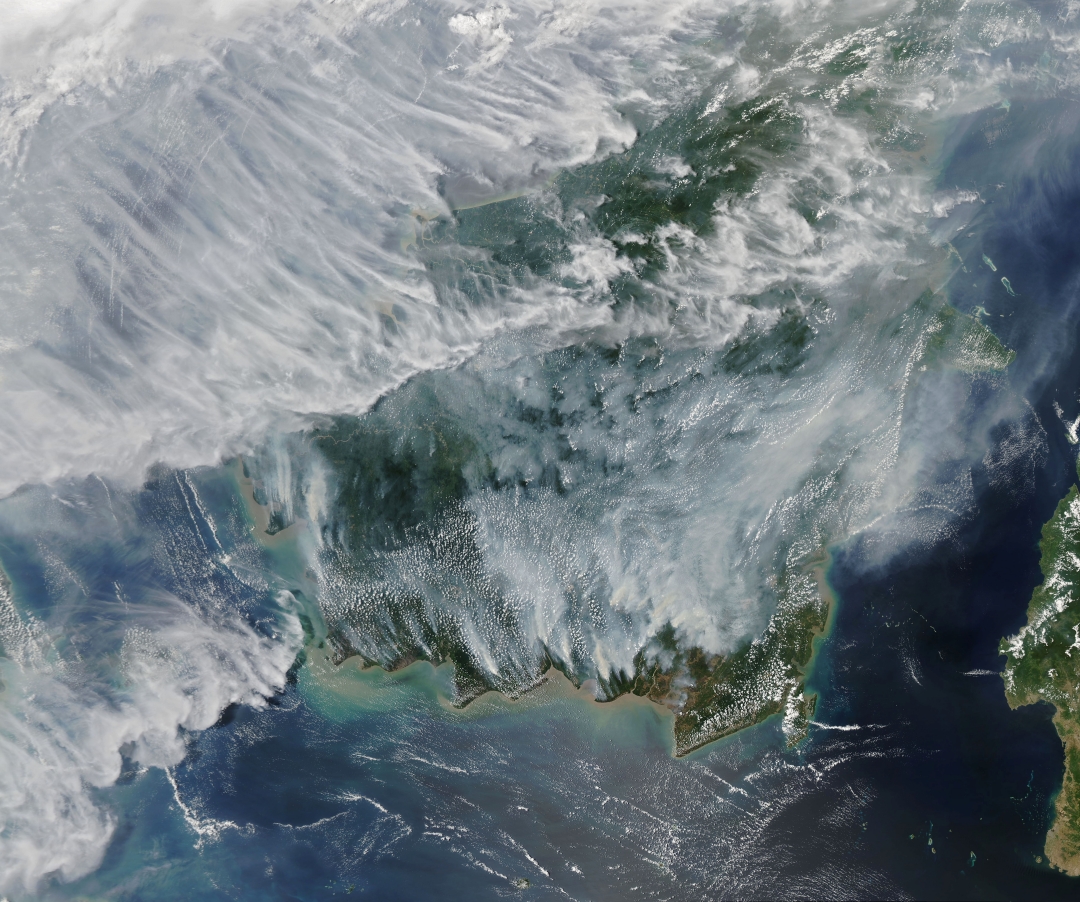 WILDFIRES have been commonplace events dating back to Palaeolithic and Mesolithic times and even before man in lightning flash fires igniting bone dry grasslands and forests. Such fires are among the most common forms of natural disasters ranging from Siberia, California, and Mediterranean locations to Australia.

Man has used fire to hunt animals on the savanna grasslands whilst, even today, people practice shifting or slash and burn agriculture in rainforest locations. The latter farming technique occurs when local soils become depleted of nutrients through leaching by constant or seasonal torrential rainfall. The people then clear another section of the forest and replant, returning after 10 to 12 years to their original patch, which has subsequently been overgrown and the wood ash from land clearance is returned to the soil.

The natural causes are occasioned by lightning flashes, volcanic eruptions, dry climates, and, of course, global warming. Today the most common causes are manmade or anthropogenic to include arson, discarded cigarette butts, and sparks from equipment, barbecues and campfires.

Vietnam, in its southerly regions, sees annual grassland fires caused through the destruction of forest by the ‘agent orange’ defoliation herbicide, abandoned landmines, and explosives left over from the Vietnam War. Human carelessness is much to blame and some 40 per cent of wildfires in British Columbia, Canada, can be attributed to such.

As hinted earlier, certain regions of our world are more prone to the spread of wildfires based on the amount of available flammable material, its vertical growth, which is partly dictated by the topography. In some cases this makes it impossible for firefighters to control owing to inaccessibility.

Ground fires are fed by organic matter such as peat and subterranean roots and burn by smouldering for days or even months. Such fires are very difficult to extinguish as we have witnessed near Miri a couple of years ago, with fires breaking out from underground some distances from the fire’s original source. Peat fires are common in Kalimantan and in Eastern Sumatra, where a rice land creation project unintentionally drained and dried the peat.

Crawling or surface fires are fuelled by dried forest or grassland litter and low lying shrubs. These fires burn and spread at a lower rate than other types of fire although steep slopes can accelerate its rate of spread. Two National Parks in Southwest England, Dartmoor and Exmoor, have recently seen such fires on dried out moorland peat after a dry spell of weather. One was caused by suspected arson and the other by ‘swaling’ or the deliberate ignition of dried bracken to allow new grass to grow for moorland cattle and sheep grazing.

Apparently the fire got out of control.

Ladder fires leap up from the ground between low level vegetation and the canopies of trees. They are fuelled by climbing vines, lianas and tree ferns. Canopy or aerial fires of tall trees are dependent on the density of suspended material and canopy height. Clearly, because of the greater height of the canopy, a tree is more exposed to increasing wind speeds and the flames readily leap from one tree’s canopy to another neighbouring one.

Large scale wildfires cause hot air to rise, creating powerful updrafts by drawing in cooler air at base level thus creating thermal convection columns of rising air with wind speeds even observed to be tornado-like in force. Droughts, heat waves, and regional weather patterns increase the risk of wildfires. Global warming has increased the frequency and intensity of droughts thus providing the ideal conditions for wildfires. Two years ago, dryness caused by extreme heat resulted in massive wildfires in Alaska, Australia, the Amazon rainforest, the Canary Islands, and also in Siberia. 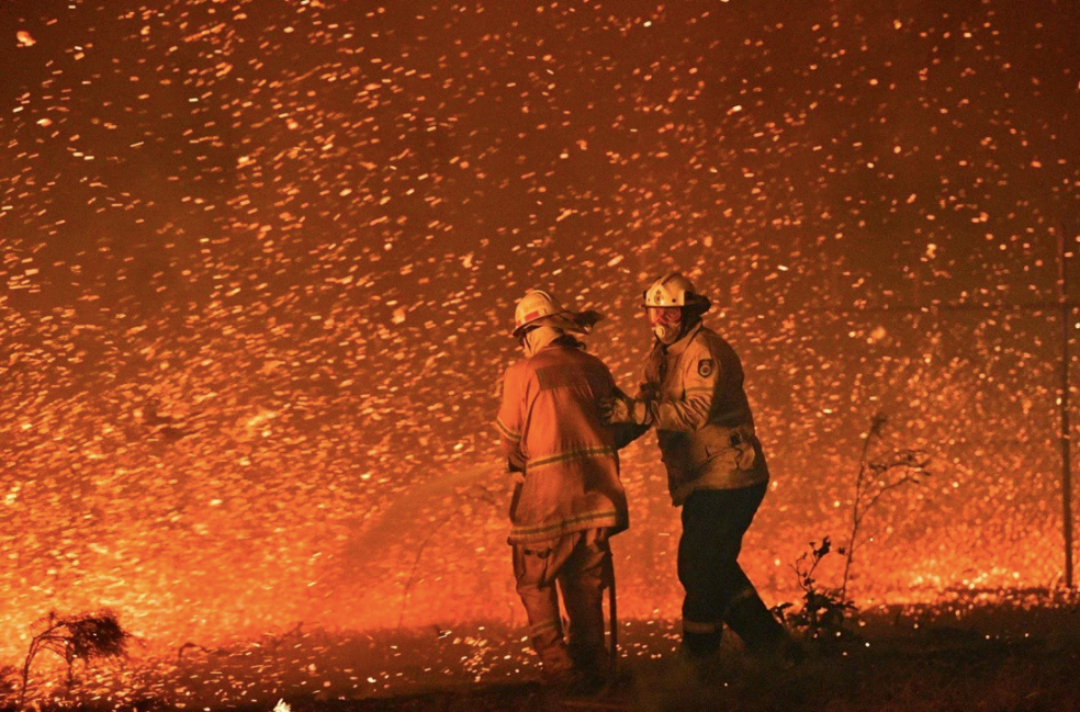 Firefighters struggle to secure houses from bushfires near the town of Nowra in the Australian state of New South Wales in January 2020. — AFP file photo

Unprecedented temperatures have been recorded from California to Canada’s Arctic territories in late June and early July this year, caused by a heat dome or a static high pressure mass of hot air. These blistering temperatures (reaching 49.7 degrees Celsius in the mountain village of Lytton, British Columbia) have caused wildfires spreading across western Canada and northern California.

Firefighters in British Columbia had over 300 serious fires to deal with and sadly the village of Lytton was completely engulfed in flames. Millions of hectares of forest have been thus destroyed and millions of dollars are expected to be paid out by insurance companies to those unfortunate inhabitants whose homes have literally gone up in smoke.

At the same time, huge swathes of forest in the Yakutia region of northeastern Siberia were alight. More than 2,600 firefighters and water bombing planes tried to contain more than 300 separate blazes in over 1.5 million ha of fire-fed forests. Yakutsk, the regional capital was engulfed in toxic smog.

Turkey and the Mediterranean shoreline countries face ever increasing forest fires, which are attributed to climate change.

Southern France has its own squadron of fire-bombing planes which sweep down over the sea to collect water which is ‘bombed’ onto hillside forest fires whilst firefighters cut down sections of a blazing forest to create firebreaks. This, I witnessed a few years ago when staying in Menton.

A very recent study comparing ground and satellite measurements by an international research team at the Leibniz Institute for Tropospheric Research revealed that smoke from the forest fires on the west coast of the USA, in September 2020, travelled thousands of kilometres to Central Europe affecting the atmosphere for many days there. On Sept 11, 2020, from measurements taken in Leipzig, Germany, smog had reduced sunlight by a third.

Climate change has increased the prospect of greater and more frequent wildfires and human carelessness merely exacerbates our ever mounting dilemma to reduce greenhouse gas emissions. 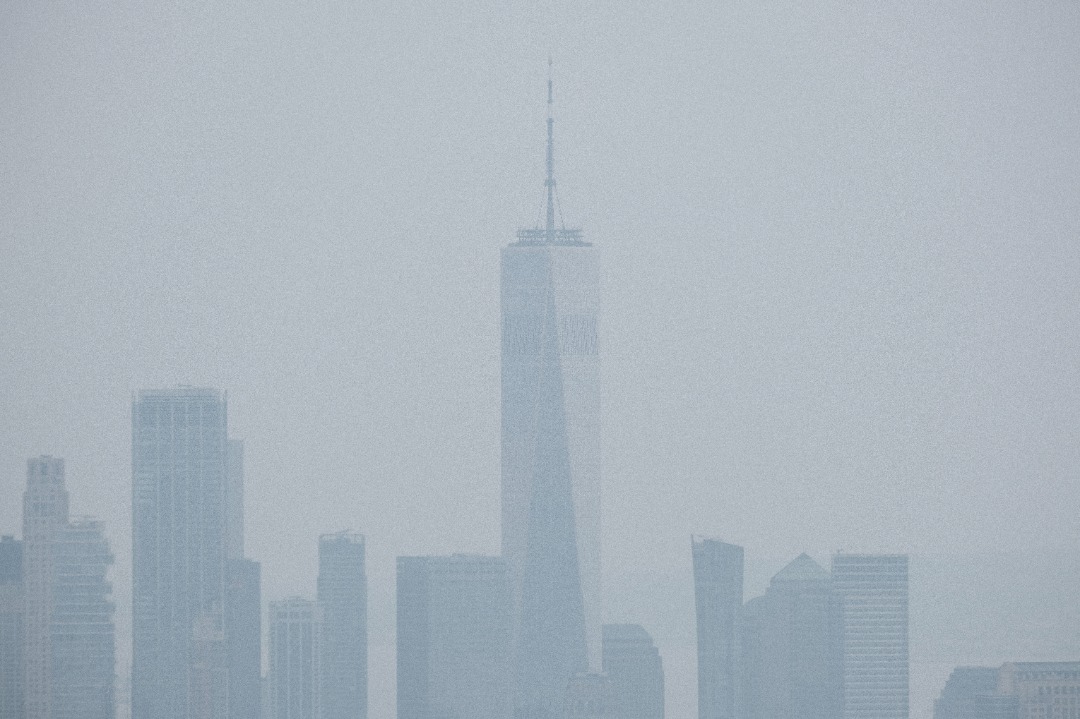 The Manhattan skyline sits under a haze on July 21, 2021 due to wildfire smoke from the west. — Getty Images via AFP

Derived from the Greek word ‘pyr’ meaning fire, this is the study of the spatial distribution of wildfires and what has been and is likely to be their impact upon humans and is a relatively new branch of geography. This subject entails the examination of how environmental factors interact to promote fire activity. Such studies can predict expected fire behavioural patterns involving three important components: (a) consumable resources — vegetation types; (b) ignitions — both manmade and natural; and (c) the prevailing atmospheric conditions.

It is a relatively recent applied branch of geography involving risk management and land management. Fire hazard maps can be produced to show which areas of towns and cities or countryside might be prone to the most intensive burning. Housing designs are also taken into the reckoning with metal structures as opposed to wood and land management practices can be tailored to reduce fire risks.

Pyrogeography is an exciting option on a degree course and it is hoped by me that more Geography degree courses will offer this subject. It is the child of now ever increasing and readily available space satellite imagery.

Previous ArticleWildfires and pyrogeography
Next Article A candle in the darkness