Saturday, January 22
You are at:Home»Sports»Surprise from Melbourne much needed boost for Azizulhasni 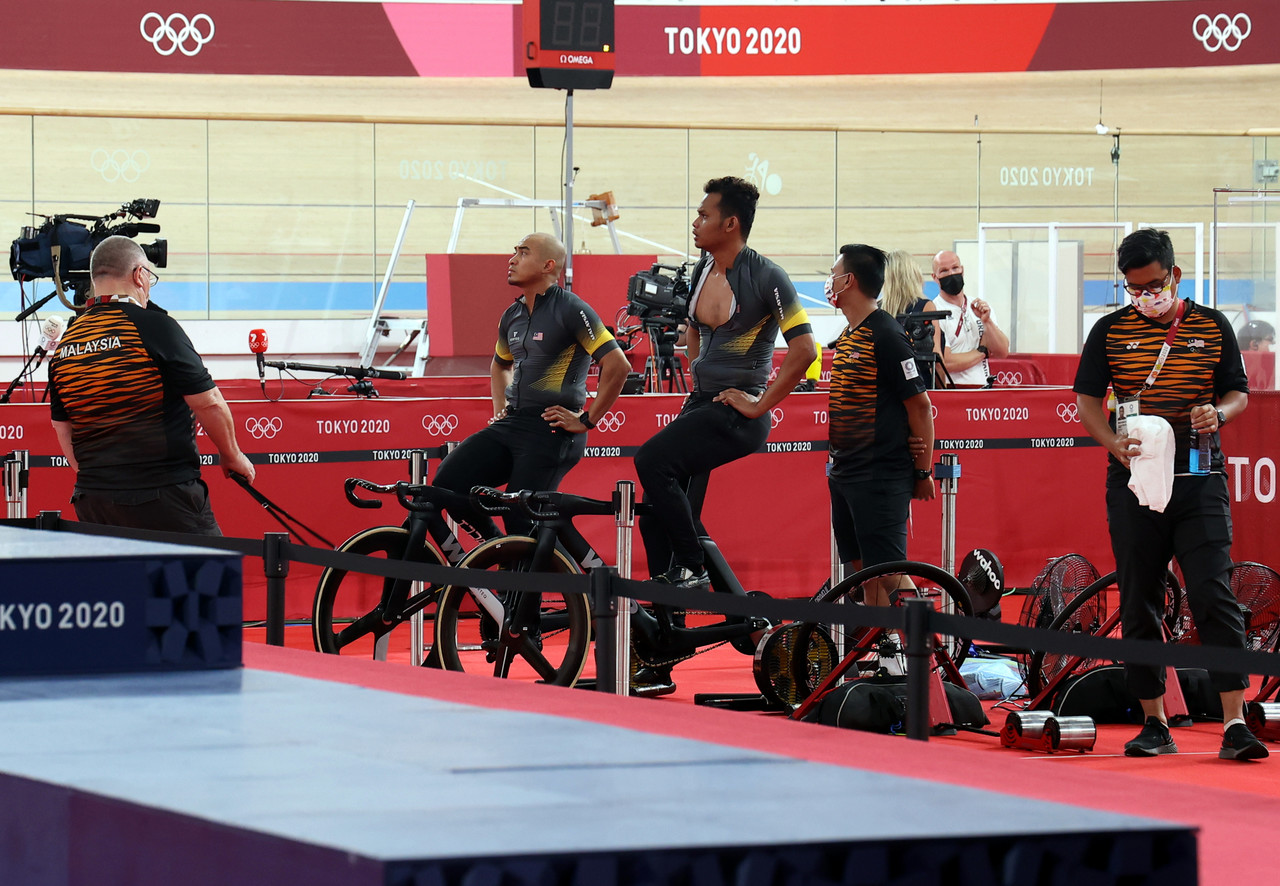 TOKYO (Aug 5): National track cycling ace Datuk Mohd Azizulhasni Awang, who is competing in the 2020 Tokyo Olympics here, today received a pleasant surprise from his family, who are currently in Melbourne, Australia.

The surprise is sure to give the 33-year-old a much-needed boost when he competes in his pet event, men’s keirin, on Saturday (Aug 7) after failing to qualify for the last eight of the sprint event today.

Azizulhasni’s wife, Athiah Ilyana Abd Samat, 35, and daughters Amna Maryam, 8, and Amna Khadeeja, 5, are praying hard that “The Pocket Rocketman” would bring back the elusive gold for Malaysia at the Olympics.

“Untuk ‘abi’ yang kami sayangi, all the best in Tokyo Olympics 2020, semoga Allah SWT permudahkan urusan… go Azizul go, all the best and we love you abi,” they said in a video clip posted on the Olympic Council of Malaysia’s (OCM) Facebook page today.

Azizulhasni, who seemed deeply moved upon watching the video, could only manage to respond “bila hantar ni?” (when was this sent?) to his team members.

Earlier, the Dungun-born Asizulhasni and Muhammad Shah Firdaus Sahrom missed out on the quarter-finals of the sprint event after losing in the 1/8 Finals repechages at the Izu Velodrome here.

In Heat One of the 1/8 Finals repechages, reigning champion Jason Kenny of Great Britain came out tops in 10.066 seconds (s), with Azizulhasni trailing in second place and Japan’s Yuta Wakimoto third.

In Heat Two, Muhammad Shah Firdaus could only finish third behind France’s Sebastien Vigier, who won in 10.169s, and New Zealand’s Sam Webster.

Meanwhile, in the 1/8 Finals earlier, the two Malaysians fell to the might of their Dutch opponents, with Azizulhasni losing to Jeffrey Hoogland and Muhammad Shah Firdaus to Harrie Lavreysen.

Azizulhasni became the first Malaysian track cyclist to win an Olympic medal when he returned home with a bronze in men’s keirin at the 2016 Rio Games. – Bernama