Sunday, September 19
You are at:Home»Columns»Just another point of view»In memory of all our dearly beloved departed souls…

THIS Saturday, I’d like to take a moment to reminisce and pay tribute in fond memory to all those dearly beloved friends and family who have departed and gone to another place – Heaven, Nirvana, Paradise, call it whatever you’d like.

Since March 2020 under the dangerous cloud of the coronavirus, we have lost many dear and beloved relatives, friends and acquaintances and due to the many strict standard operating procedures (SOP) of Covid-19, we have not been able to truly and sincerely mourn their loss.

I am sure that you too share my feelings. You too must have lost loved ones during this challenging and trying period.

This is my small personalised way of saying I remember each and every one of you as I recall the good times and the love we had shared in years past, and that you will never be forgotten.

My uncle Dato Sri Tan Chiaw Thong (my mum’s youngest brother) had lived to a ripe old age of 100 as listed in his obituary (the Chinese have the tradition of adding on three or four years once you have passed 90).

He was a former Attorney General and a High Court Judge of Sarawak. 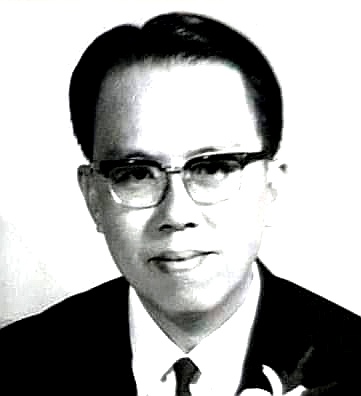 I have known him all my life and he was a great influence when it came to my early love for reading and his regular and vast collection of imported magazines and books meant that I was a lucky beneficiary every weekend when we used to visit grandma and him on Friday nights. I had cultivated my reading habit from around the age of seven or eight, and the love for this has never ceased to this day. Together with my other uncle, my dad’s ninth brother Ong Kee Pheng, who became the Headmaster of St Thomas’s Primary School in the late 1950s and 1960s, who had introduced me to the very early Ian Fleming’s ‘James Bond’ books – my addiction to reading was complete!

My ‘Say Koo’ (youngest uncle) Chiaw Thong had led an exemplary and distinguished life with a career spanning six decades in the judiciary till he had retired. He had married rather late in life and today, his three children are doing well; the eldest has followed in his footsteps as a lawyer. He was indeed a most disciplined man of honour and was very well respected in his field. I would venture to say that he had thus led a rather solitary and lonely life of his own choosing.

When we had first seen the light and came to our salvation and had acknowledged Jesus as Our Lord and Saviour, the most instrumental person at the time was the late Deaconess Eleanor Goh, who had passed on in May last year. At the time of our salvation, Eleanor was with St Faith’s Church at Kenyalang Park and was the prayer warrior that had almost single-handedly converted us – she became Godmother to my wife and my daughter Debra when they were baptised in 1988. Eleanor had moved on to the Tabuan Jaya Anglican Church (TJAC) some years later and we were to join her and our mentor/pastor Rev G. Tay in Year 2016. 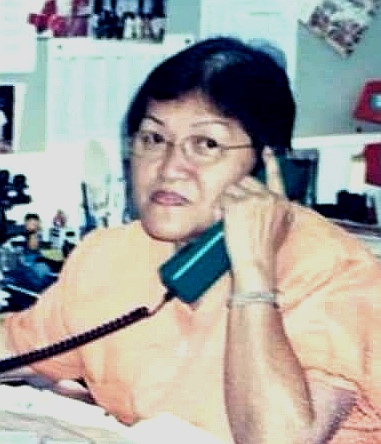 Eleanor was a woman of God; she was dedicated, devoted, caring and loving and the closest that the Good Book would call as someone who epitomises and characterises everything good about Christianity and all that Jesus stands for in our human relationships. Her loss was most certainly deeply felt within the church circles as well as among the many families and friends of hers throughout the state – during her lifetime, she had touched everyone’s lives in one way or another.

Stephen Chia had passed away in February this year after a long illness, which had seen him going overseas numerous times for treatment. He was 78, and during his lifetime he had been active as a golf captain at the Prisons Golf Club as well as an exco of the Anglican Church Diocese and the St Thomas’s School Board of Management. 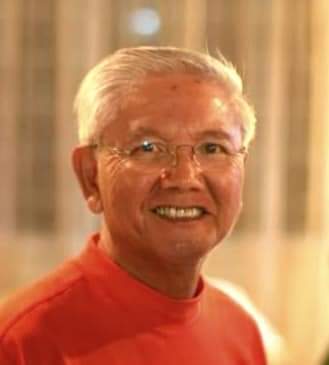 A man of few words, he was hardworking and proved his worth in the fields that he had chosen to focus his endeavours.

Stephen left behind his wife Alice, children Amy and Ben; Alex and Beatrice and a granddaughter Clare. One of his many unpublicised good works was the upkeep and restoration of the structure of our old heritage building the St Thomas’ Secondary School twin towers building and its recently discovered underground network of water seepage, which had threatened its very architectural integrity.

We were able to stabilise and strengthen the foundations of the 135-year-old building (built in 1886) a few years ago during his tenure of office. For that, we will always be grateful.

I had first met Thomas Lai Siat Phin in March 1970 when I had joined The Borneo Company in Kuching. My ‘BFF’ Shookry Gani had also joined during the same time. 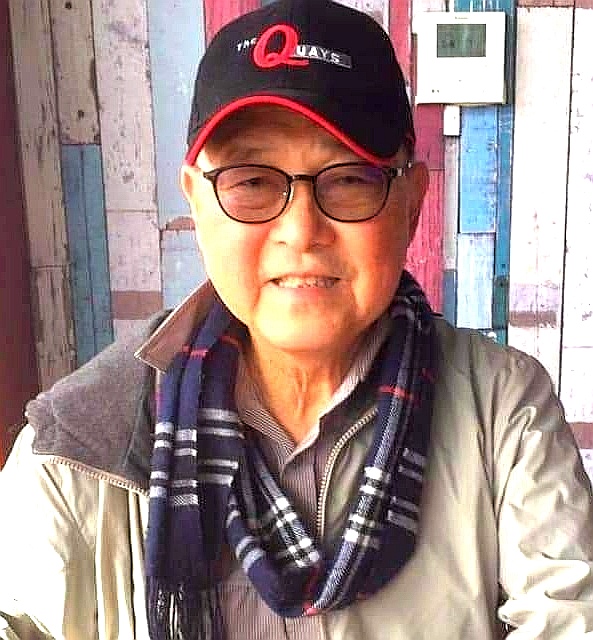 At the time, Tom was over a year my senior as he was among the first group of non-expatriate locals who had joined as Executive Cadets including George Teo, Benjamin Chen, Alan Cheng Kuo Chiu, Zamhari Ediwi and a few others. Tom had passed away in Sydney Australia on July 2, 2021 after a brief illness – he was only 74.

His career path within the Inchcape Group of Companies took him to almost all the various branches in Sarawak and Sabah – and he had reached his pinnacle as the Director of the Borneo Company when he had retired sometime in the 1990s, when he had taken his family and migrated to Australia. From his regular Facebook posts and many ruminations, he was very happily retired and attending to his well-groomed and well-kept garden and enjoying his life as a bon vivant among loved ones and family. We were very shocked and saddened to learn of his untimely demise and share his loss with wife June, and children Oscar and Joanne.

He was a rare breed and his repartee and our exchanges on WhatsApp and Facebook will be much missed. May his soul rest in eternal peace.

I have known my good friend Albert Blassan since the 1970s when I was working at NBT Toyota and he was a Prison Warden at the Kuching Prisons along Tabuan Road facing the Borneo Hotel and Teochew Association. We had moved in the same social circles and our friendship had deepened over the years that followed; he was already very well known in Sarawak both as an outstanding and record-breaking athlete during his school-days in the field of javelin, pole vault and high jump and had set many state records. 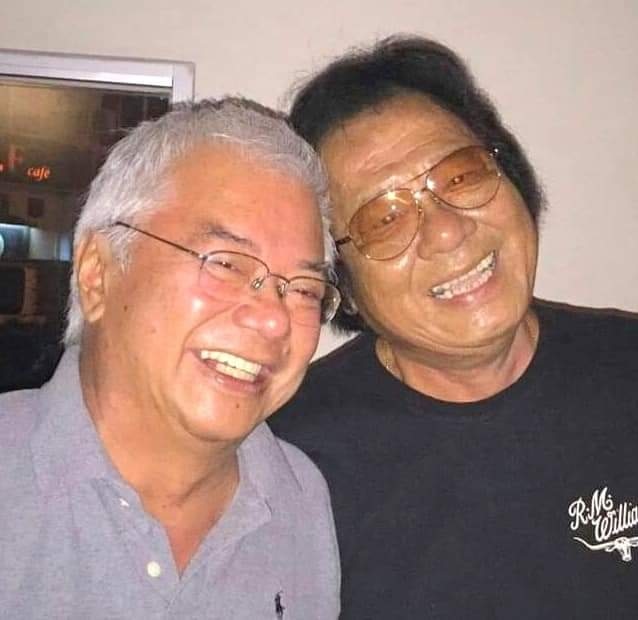 During our time together, Albert was very active socially as the No 1 and best performer in local music circles singing the songs and making the moves of his great idol Elvis Presley – indeed he was the ‘Elvis of Sarawak’ in so many great ways, which puts the terminology ‘impersonator’ to shame.

He had also followed his career and watched all his movies, concerts and shows on videos and later on DVDs and streaming.

Albert was a much sought-after performer who would never let his adoring audience down.

I remember best the early years of our long-standing friendship, as I recall singing to him and wife Elizabeth the ‘Hawaiian Wedding Song’ at their 25th wedding anniversary, which we had celebrated at the old Sherwood Bistro at Jalan Petanak!

Along with best buddies Richard Wee, (the late) Foong Yew Loong, Alan Chew, Shookry and so many others we were almost always together at socials, events and discos!

Those were the memorable fun loving days.

Albert, dear old friend, you have left us too soon and at too young an age; we will always miss our times together. Our lives are but brief and limited on this earth, we have our memories to recall and remember. We share your loss with Elizabeth and your loving family – Sonia, Philomena, Zenia, Imelda and Jeremy.