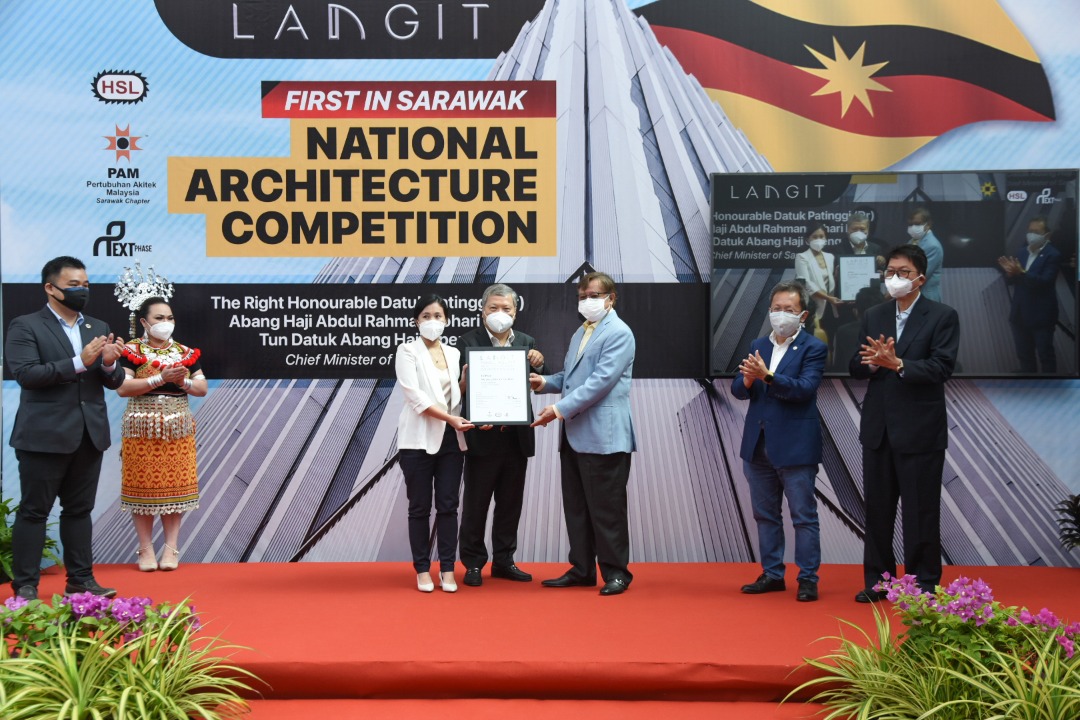 Judges described the entry as “impactful, providing high-density, yet adaptable multi-generational living and working units”. It was also praised for promoting ideas of sustainable living with urban farming as a feature.

Langit is Sarawak’s first ever national architecture contest. Hock Seng Lee (HSL), in collaboration with Next Phase (HSL-NP), intends to build one of the winner’s submissions. The project site is a compact 0.78 acres at a strategic location within Kuching’s central business district.

Their designs ranged from futuristic vertical farms to 39-storey skyscrapers.

For instance, the third-place winner is a twin tower designed using a plot-ratio system. This planning method is similar to those used in regional megacities like Kuala Lumpur, Singapore and Bangkok.

The plot-ratio system allowed MOA Architects’ entry to have a large and meaningful public space at the lower levels.

“Many of the design ideas challenge conventional expectations and demonstrate refreshing approaches in place-making in the context of Kuching. A majority of the submissions displayed a clear commitment to social and environmental sustainability,” said Jong, who was jury chair, in a statement today.

“The shortlisted schemes pushed various aspects of design ideas thinking and juries were impressed by the creativity, approach and thoughts demonstrated.”

In 2021, there were just two architecture competitions in the whole of Malaysia. The first was to design the facade of a train station between Johor and Singapore. That competition, which the Johor Sultan was the patron, concluded in February.

HSL-NP is the project site land owner and and competition sponsor.

HSL’s current HQ is the first privately built Green Building Index certified office in Sarawak. Located at the 200acre La Promenade, it is the only Sarawak development to win the trifecta of awards from developers, landscapers and architects’ institutes.

Previous ArticleAbdul Karim: Pandelela making it to 2020 Tokyo Games already a big achievement despite setback
Next Article With still no Covid-19 vaccine jabs for children, PSB Sibu says not time yet for schools to reopen