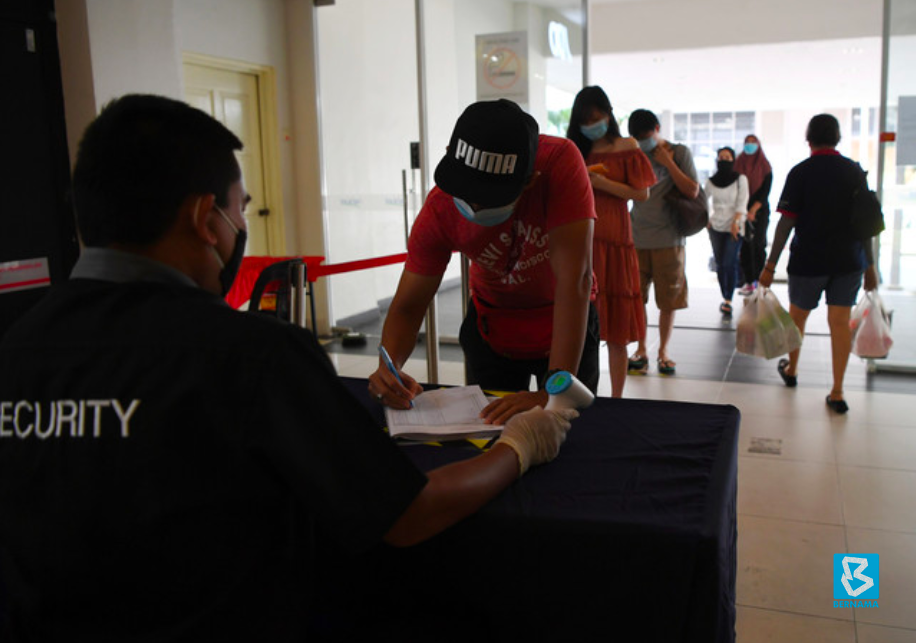 A shopper registers as part of SOP to enter a shopping mall. – Bernama photo

KUCHING (Aug 7): Selangau District has been classified as red zone from orange today after recording 44 new local Covid-19 transmissions in the past couple of weeks, making it the 18th red zone district in Sarawak to date.

At the same time, Kapit also did not fare better as it has been classified as an orange zone district from yellow after recording 22 local Covid-19 transmissions over the last 14 days, the Sarawak Disaster Management Committee (SDMC) said in a statement today.

The other orange zone districts were Dalat, Telang Usan, Kanowit, Beluru, Tebedu and Betong with a total of 184 cases while the yellow zones were Sebauh, Julau, Lawas, Daro, Tanjung Manis, Song, Pusa and Belaga with a total of 51 new local transmissions over hte same period of time.

Sarikei and Pakan districts however reverted to yellow zone districts from orange zone after recording 16 and 10 local Covid-19 transmissions respectively over the same period of time.

Meanwhile, the police have issued 34 compounds since yesterday, all in Kuching, for standard operating procedures (SOP) violations statewide.

The total number of compounds issued by the police since the first Movement Control Order (MCO) was implemented in March 18, 2020 till today was at 9,747, SDMC added.

Similarly, the Local Government and Housing Ministry issued one compound in Sarikei District Council for incomplete customer log book over the same period of time.

This brought the total number of compounds issued by the ministry since Feb 1 to date to 1,383.