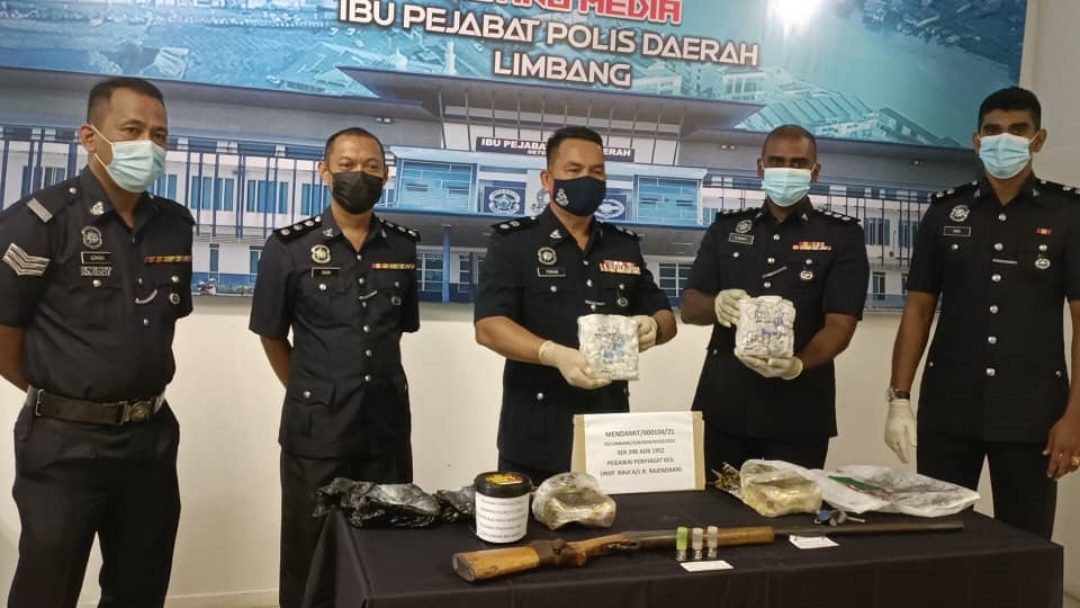 MIRI (Aug 8): The Limbang Narcotic Crimes Investigation Department (NCID) has scored its largest syabu haul worth RM72,000 during an operation in Ulu Medamit on Thursday.

Two men were also arrested and a four-wheel-drive vehicle seized in the operation named Op Tapis.

Limbang District police chief Supt Parum Niot said a team of eight personnel from the NCID, led by ASP S. Robert Santhanam, carried out the operation from 6am to 4pm to track down and arrest traffickers who brought drugs into the district.

“Following inspections, we confiscated 2.03kg of syabu estimated to be worth RM72,000.

“The drug supplies are believed to be meant for the local market in Limbang, neighbouring countries and Kota Kinabalu,” he told reporters at the Limbang District Police Headquarters (IPD) yesterday.

According to Parum, the operation was conducted following intelligence gathering for about two weeks.

“Both suspects were tested positive for drugs. Police also found a shotgun and three live bullets during the operation,” he said.

Parum said the case is being investigated under Section 39B of the Dangerous Drugs Act 1952, which carries the mandatory death sentence.

Both suspects are also being investigated under Section 15 (1) (a) of the Dangerous Drugs Act 1952 and Section 8 (a) of the Firearms Act 1960 which provides for a maximum jail term of 14 years and whipping of not less than six strokes.

Parum said the operation will continue and he appealed for the cooperation of the public to come forward to channel information in their effort to combat drug trafficking in the district.