Tuesday, May 24
You are at:Home»News»Crime»Cops nab man who raged on social media against SOPs at Petra Jaya mosque 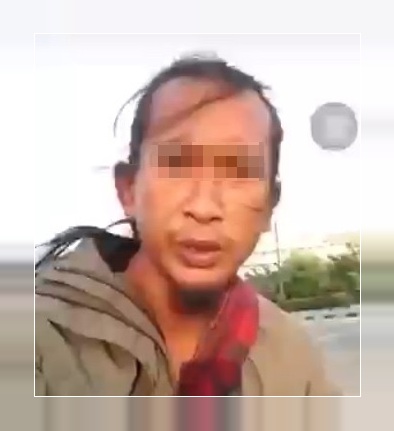 Screen grab of one of the suspect’s videos shared by the police shows him riding his motorcycle without a helmet.

The suspect, who uploaded a video of his rant on social media, was picked up by police around 1pm yesterday (Aug 10).

He is currently being investigated under Section 427 of the Penal Code for mischief.

“The suspect was picked up by the district’s Criminal Investigation Department, who managed to track him down based on police intelligence and information from the public,” said Kuching police chief ACP Ahsmon Bajah in a statement today.

The suspect, who has a past criminal record for drugs, tested negative for drugs after his arrest.

Besides the video at the mosque, police also discovered another video which showed the suspect performing silat while armed with a short sword in a temple at Carpenter Street on Monday.

The suspect was also slapped with a traffic summons for failing to use a helmet while riding his motorcycle, as seen in his videos uploaded on social media.