Thursday, January 20
You are at:Home»News»Sarawak»DCM: S’wak remains attractive place for investment despite pandemic 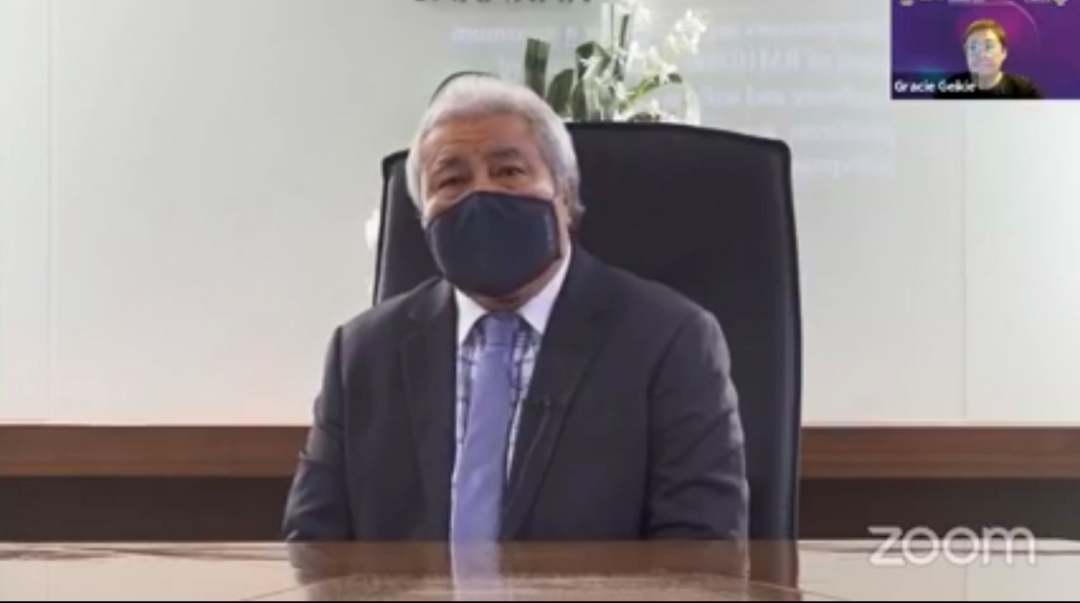 Awang Tengah seen in a screengrab during the Zoom meeting to launch CMIEA 2021.

He said although the state has secured RM15.7 billion worth of approved investment in 2020, the state government will not rest on its laurels and has continued to engage with foreign investors on their proposed investments in green hydrogen, electric vehicles, glass, glass fibre and so on.

“I am also pleased to inform that four multi-national corporations in Sama Jaya have begun their expansion plans worth RM6.31 billion.

“This is testament of the investors’ full confidence in the Sarawak government’s ability to manage our economy as well as the way we manage the pandemic,” he said at the launch of the Chief Minister’s Industry Excellence Awards 2021 (CMIEA) held over Zoom yesterday morning.

He noted that Chief Minister Datuk Patinggi Abang Johari Tun Openg had announced last month that the state government is embarking on the Post Covid-19 Development Strategy 2030 to propel Sarawak to be a developed state by 2030, that is driven by data and innovation, where everyone enjoys economic prosperity, social inclusivity and sustainable environment.

“I hope that our business communities can get themselves ready and grab these opportunities created through this strategic plan,” he said.

On CMIEA, Awang Tengah called on eligible companies in Sarawak to participate at this year’s awards.

“CMIEA is a corporate recognition awards programme that aims to give honour and recognition to outstanding businesses in Sarawak.

“It is adopted from the Anugerah Kecemerlangan Industri (AKI), which is the national-level Industry Excellence Award. More importantly, companies are evaluated using the internationally-recognised Business Excellence Framework as the benchmark,” he said.

He also said that the state government was proud to be associated with such a meaningful award that recognised the contribution of the business community of the state and the country to the economy.

“It is my hope that the Sarawak Business Federation (SBF) can continue to organise CMIEA for many years to come and in doing so, continue to strengthen the business communities in Sarawak,” he added.

Launched in 2017, this year’s CMIEA will be in its third installment and is organised by SBF in collaboration with the Malaysia Productivity Corporation (MPC).

Themed ‘Reset, Reform, Rebound, Building Resilience in Boosting Productivity’, the winner of CMIEA 2021 will represent Sarawak at the national level of AKI and from there the winner from AKI will represent Malaysia at the Asia Pacific Quality Organisation (APQO).