Monday, May 16
You are at:Home»Columns»Just another point of view»They don’t make music like they used to… 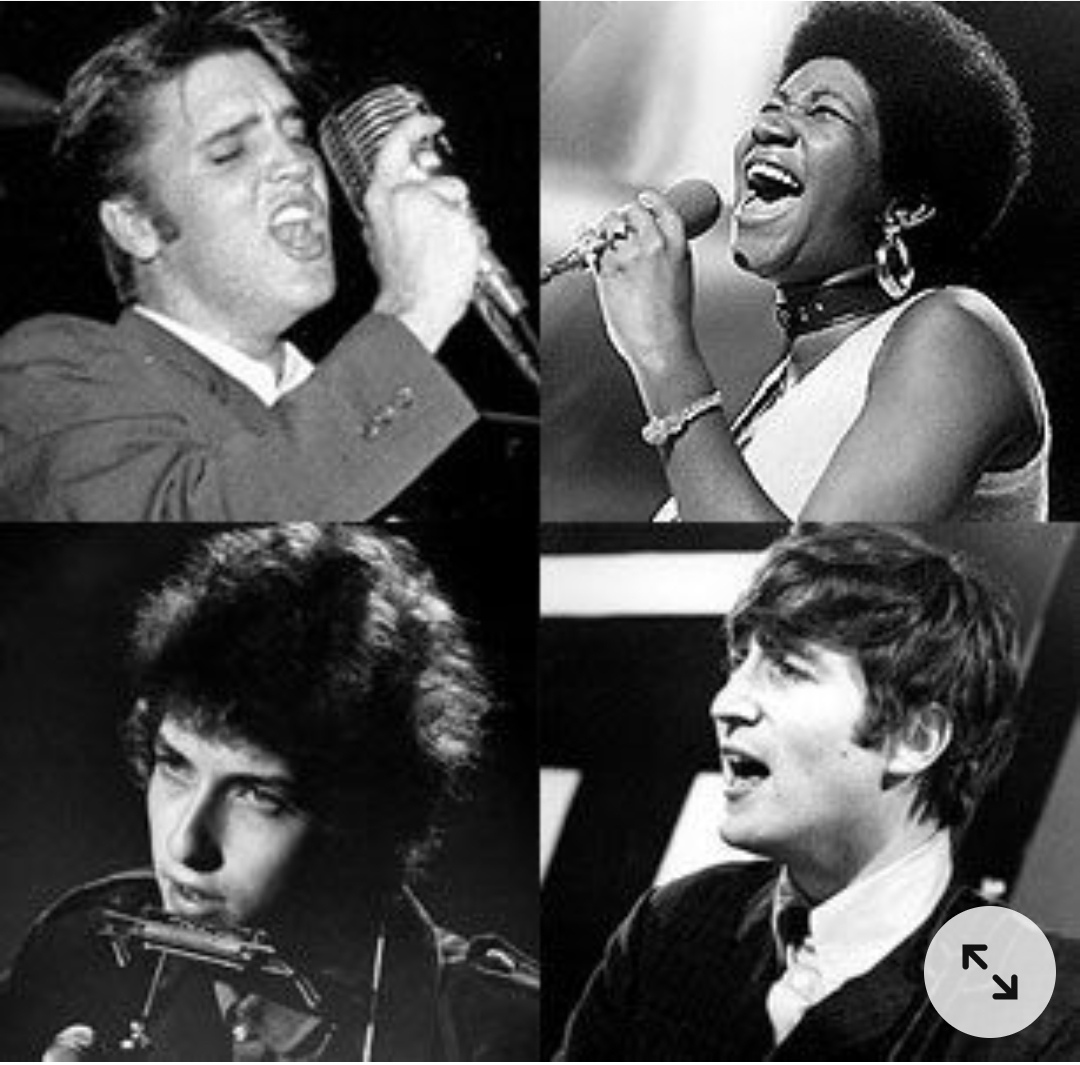 ONCE we reach a certain age that the phrase, ‘they don’t make them like they used to’, becomes almost second nature and more commonly used on a daily basis – how true is it and what does one use it on and for?

It seems that we use it very often on the food and drinks we consume comparing them to whatever particular favourite flavours and tastes that we have had in the past – what I call our ‘Ratatouille’ moments (after that big animated hit from Disney/Pixar in 2007!).

I’m sure that to some certain extent you do too, especially when you find that the ‘wan sui’ (Chinese coriander) that you loved so much is no longer part of your favourite bowl of Sarawak Laksa; or that the ‘Nyonya popiah’ at your regular stall no longer tastes the same.

I know for a fact that my favourite Guinness Stout brew, which used to taste so great when it was at eight per cent proof in the 1970s (it has always been known as ‘Foreign Extra Stout’), is now at a weakling 5.5 per cent proof, to cater for the supposedly younger trending taste buds and to appeal to the new breed of drinkers. On top of that, the prices have increased threefold in as many decades.

So what does all this have to do with the music that we’re listening to today, and what are the musicians producing in the studios and getting heavy airplay?

I listen to a lot of music – all kinds too – the entire spectrum and all the various genres from the classics to opera, from musicals to jazz, pop, rock, folk, latin, country, blues, soul, bluegrass, and what I’d lump into what I’d term as ‘new modern’ – the only types music that I don’t really enjoy at all are hip-hop, rap and punk.

While researching for this column, I had googled for the top 10 list of who were the ‘Best of the Best’ (in terms of popularity, sales volume and fan following) for Year 2020; and according to the International Federation of Phonographic Industry (IFPI), they were as follows: 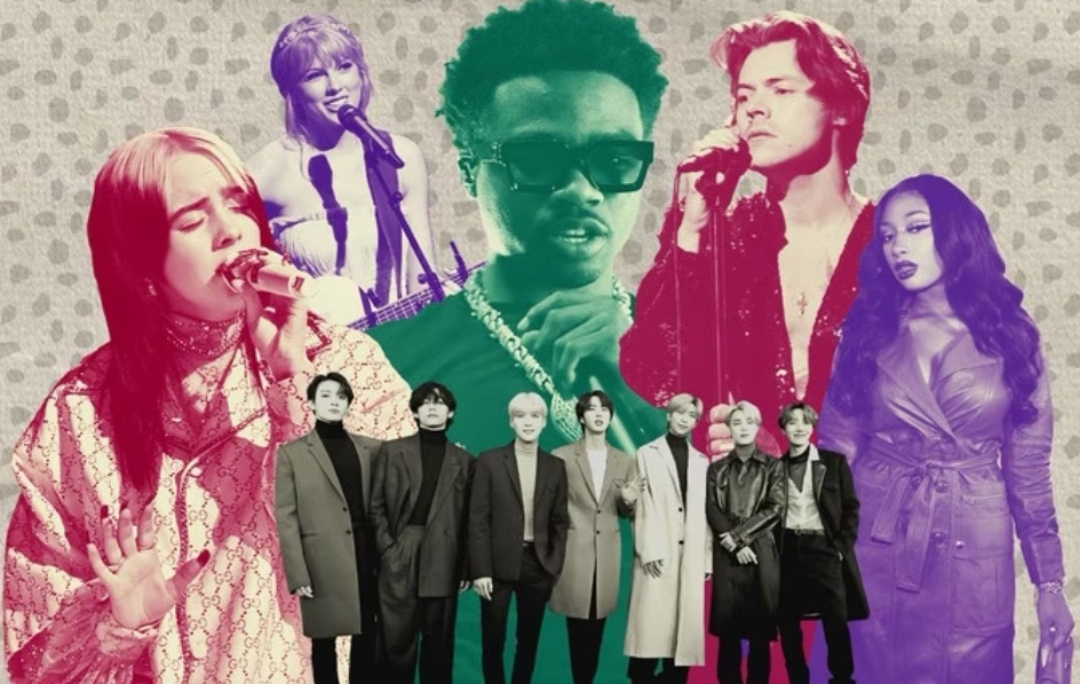 For a moment, I sighed a big relief as I had expected to not know at least half of them, but there was only one strange name in the lot – that’s Juice WRLD. I was certainly shocked that BTS had taken over the pop rock world in such a big way! I couldn’t even recall if I’d even heard any of their songs at all!

Let’s take three of the more famous names in the list – Taylor Swift, Billie Eilish and Justin Bieber. I’ve listened to them from time to time, but I’d be hard-pressed to try and sing one of their songs or even remember a tune that I’ve liked!

As a recent experiment over the last three weeks, I had the Swift’s ‘Folklore’ CD playing on repeat mode on my car stereo whenever I was out, and even after listening to the very pleasant melodies, I couldn’t seem to even remember one striking tune at all, at least not enough to hum or sing it!

It certainly wasn’t the case when I had first heard John Lennon or Elton John in the 1960s; and certainly not after listening to either Elvis Presley or Connie Francis in the mid-1950s.

Where are the new Platters, the Beatles or even the new Bob Dylan and Leonard Cohen, Ray Charles?

True enough, there are quite a number of singers and bands who are producing really great music; sounds that you can remember, hum or dance to; music that’s really cool enough to update the 70s sound. My personal picks that belong to this group would be Coldplay, Bruno Mars, Lady Gaga, Rihanna, Adele, Alicia Keys, John Legend and Lana Del Rey – to name a few.

One of my favourite composers, Andrew Lloyd Webber, turned 73 this year; he has produced 21 musicals in his long illustrious career. In 1965 when he was just 17, he had met Tim Rice, 20, who was to become his earliest and biggest co-composer whose first major production in 1972 was ‘Jesus Christ Superstar’.

My personal favourite has always been ‘Phantom of the Opera’ in 1986, but by 1989 with ‘Aspects of Love’, Webber had seemed to have peaked and had started losing steam. His latest effort, ‘Cinderella’, is slated to be launched on Aug 18, 2021 in London.

It’s certainly no ‘Evita’ from the soundtrack that I’ve heard – there’s not a single song that stays with you.

One can recall with great fondness and grand memories of the lovely songs and tunes that Webber had given to us over these five decades; from the wonderful ‘I Don’t Know How to Love Him’ from Jesus Christ Superstar to ‘Memory’ in Cats, and to the splendid ‘Music of the Night’ and ‘Think of Me/All I Ask of You’.

Similarly, one can instantly remember the good times and the happy days of yore when songs like ‘The Great Pretender’ / ’Smoke Gets in Your Eyes’ (Platters); ‘Summer Holiday’ / ’The Young Ones’ (Cliff Richard); It’s Now or Never’ / ‘Can’t Help Falling in Love’ (Elvis Presley); ‘Imagine’ / ’Mother’ (John Lennon); and ‘Your Song’ / ‘Daniel’ (Elton John) … the list goes on and on, and it’s a very, very long list too!

The great songs and the wonderful compositions from the perennials – Bob Dylan, Bruce Springsteen, Neil Young, Jackson Browne, Dolly Parton and others of their era – and the newer music gods have long been etched into the windmills of our minds and their melodies bring up moments and memories of our past, both good and not so great.

I’m sure that for most of us born after the 1940s and 1950s, the early musicals that we have seen in the cinemas and heard on our gramophone and record-players are still on constant regular play on our stereos, or on whatever listening devices that we now use today.

Even at the tender young age of seven or eight, I could memorise and sing all my favourite songs from these musicals because they were constantly playing in my head all the time. Such was the power of the tunes and the composing geniuses of the time – music that lasts to this day!

Who can forget ‘Tonight’ from ‘West Side Story’, and ‘Sixteen Going On Seventeen’ from ‘The Sound of Music’? These songs from those memorable movies have ingrained themselves into the soundtracks of our lives and we have lived our lives and will continue to do so by pulling them out at will from that bottomless data storage area deep within our brains – for all time!

I leave you with this sweet refrain from Andrew Lloyd Webber’s ‘Music of the Night’ from ‘The Phantom of the Opera’:

‘I have brought you,
‘To the seat of sweet music’s throne,
‘To this kingdom where all must pay homage to music,
‘You have come here,
‘For one purpose and one alone,
‘Since the moment I first heard you sing,
‘I have needed you with me to serve me, to sing,
‘For my music,
‘My music…’