Tuesday, May 17
You are at:Home»Columns»Uncle DI»The month of August in Sarawak history 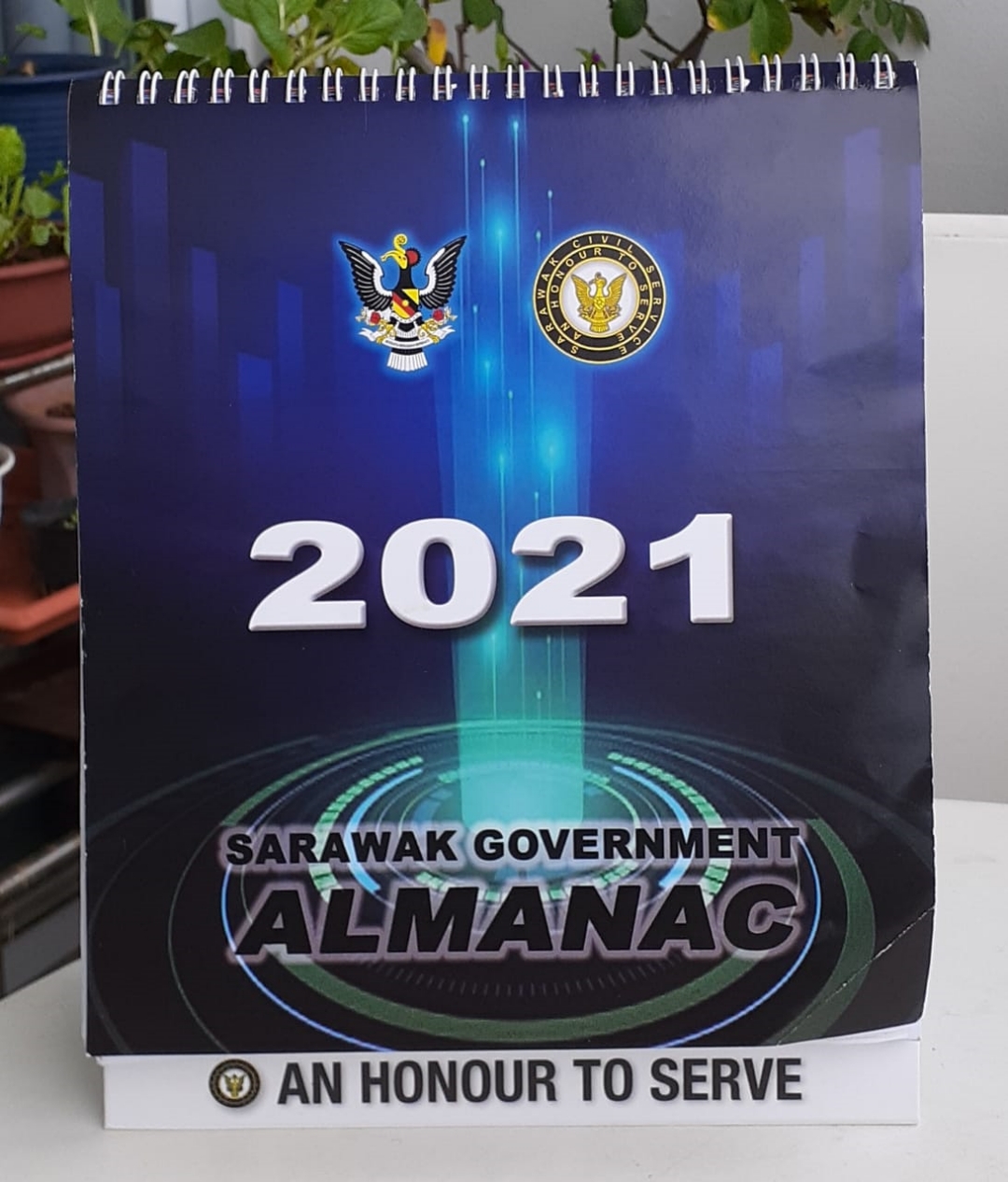 The Sarawak Almanac would make an interesting reading material while on a long flight.

WHERE, in the world, can you find a schedule of high tides, sunrises and sunsets as well as dates of important events which took place in Sarawak during the past 181 years?

In the Sarawak Government Almanac – that’s where.

For example, did the non-fishermen, non-shippers, non-mariners, and non-divers, know that today the sun had risen at 6.38am and would set at 6.48pm?

Tomorrow morning, it would rise at 6.38am again, and set at the same time as it would have been today.

It is important for people who live in the low-lying areas to know this because a combination of high tides and heavy, incessant rain is likely to cause flash floods.

Unfortunately, the Almanac doesn’t tell us about the rain: when and where it will pour. It does list all the regional police stations, though.

If you cannot get a book to read while on a long flight, and you’ve finished reading all the glossy magazines available on board, the Sarawak Almanac would make an interesting reading material – provided that you remember to bring the latest edition along with you.

I find the Chronology on the reverse of the calendar pages fascinating, at least the earlier parts. It starts with events from the Brooke Era.

For instance, today, 182 years ago, an Englishman who was a former military officer of the East India Company, arrived in Sarawak from Singapore on a schooner called the ‘Royalist’.

His mission was to personally hand over a letter from Sir Samuel George Bonham, the British Governor of Singapore, to the Brunei Regent in Sarawak, Rajah Muda Hassim.

Sir Bonham and the members of the Singapore Chamber of Commerce wanted to express how grateful they were to the Regent Rajah for the latter’s help in rescuing the sailors from a British ship named ‘Napoleon’, which had sunk in Sarawak River.

Mission accomplished, James Brooke wanted to see the countryside. He was told about the security problem: head-hunting, piracy and quarrel amongst the miners over the rights of extraction and sales of antimony ore.

About the only district that was trouble-free was Lundu.

On Aug 30, accompanied an entourage of government officials, Brooke put out to sea via the mouth of Santubong. Westward, ho! Passing by Satang Island towards Kuala Bandang at the mouth of present Batang Kayan.

Brooke’s party reached the village called Tungong (Stunggang) in the evening. They were welcomed by the longhouse chief Orang Kaya (OK) Jugah Anak Temenggong Nyambong (title OK or Temenggong given by the Sultan of Brunei).

When bed-time came, he was given the honour to sleep on a fine ‘bemban’ mat on the ‘huai’. Hanging on baskets, above his head, he wrote down in his journal later, were ‘30 ghastly human skulls’.

Whatever for? It beats me.

Having studied the culture of their hosts, Brooke and his entourage left for Sarawak on Sept 7 and that ended the villagers’ responsibility for the safety of their guests.

On Aug 29, 1840, he returned to Sarawak, eventually ending up as ruler of an Asian country.

1846: On Aug 23, the territory between the Sadong River and the Oya River was ceded to Brooke, having been confirmed as the Rajah of Sarawak several years earlier.

1861: On Aug 11, the coast of Sarawak as far as Kidurong was added to Sarawak’s territory.

1870: On Aug 26, first issue of the ‘Sarawak Gazette’, a fortnightly news bulletin, was published. Without the Gazette, much of Sarawak’s history would have been unrecorded in a permanent form.

1891: August – The British Government recognised the annexation of Limbang by Sarawak from Brunei.

1894: On Aug 6, rumours were circulating that headhunters were looking for a human head needed for the ceremony to start construction of a bridge. The scare forced self-imposed stay at home (lockdown) for Kuching’s residents. Shops shuttered!

1945: On Aug 14, the Japanese troops in Sarawak surrendered to the Allied Forces.

1975: On Aug 30, television was officially introduced in Sarawak.

1988: On Aug 1, Kuching Municipality was elevated to City status.

Fast forward to 2021 — On Aug 1, the Emergency was lifted, but for Sarawak, it was extended; so, no Sarawak elections. A new government would have been formed by the incumbent coalition government or a new coalition of parties with the majority of seats in the State Legislature, but all this did not happen in August 2021.

On the 31st of this month, comes the 64th anniversary of the Independence of the Federation of Malaya.

In Sabah and Sarawak, it has been adopted as ‘Hari Kebangsaan’ (National Day) for all Malaysians.

Comments can reach the writer via columnists@theborneopost.com