Wednesday, July 6
You are at:Home»News»Nation»Agong: Appointed PM should put himself to a confidence vote in Parliament 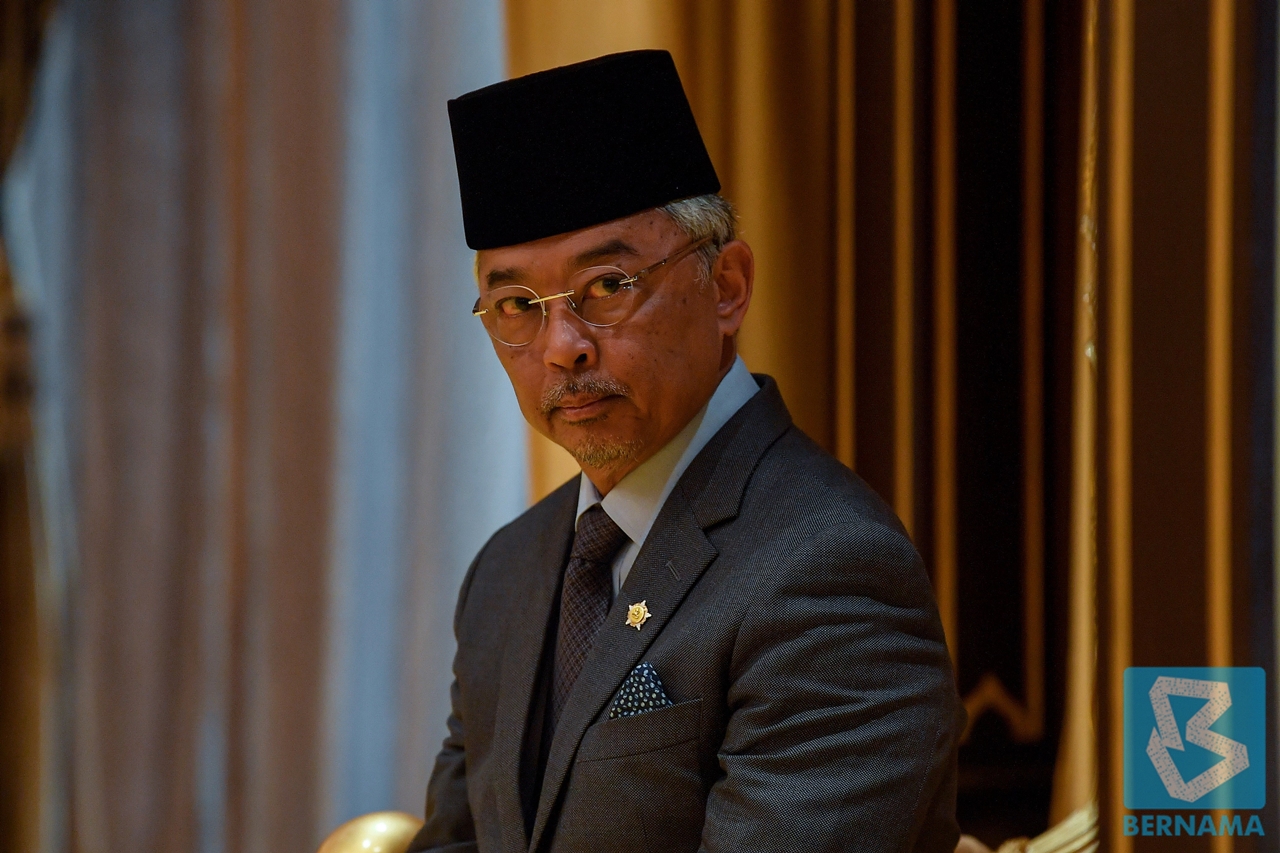 Al-Sultan Abdullah has issued a reminder to the person who will be appointed to undergo a confidence vote in the Dewan Rakyat once it is confirmed. — Bernama

KUALA LUMPUR (Aug 18): While Malaysia is yet to know the identity of its ninth prime minister, the Yang di-Pertuan Agong has issued a reminder to the person who will be appointed to undergo a confidence vote in the Dewan Rakyat once it is confirmed.

In a statement on behalf of the Yang di-Pertuan Agong Al-Sultan Abdullah Ri’ayatuddin Al-Mustafa Billah Shah, Comptroller of the Royal Household Datuk Indera Ahmad Fadil Shamsuddin said the confidence vote has to be undertaken as it is the proper constitutional thing to do to gain legitimacy.

“His Majesty also said that the Prime Minister who has been appointed pursuant to Article 40 (2) (a) and 43 (2) (a) of the Federal Constitution shall as soon as possible submit a motion of confidence in the Dewan Rakyat to legitimise he gained the trust of the majority of the members of the Dewan Rakyat,” he said in a statement today.

Ahmad Fadil also said that the Agong also reminded all 220 MPs to submit their statutory declarations on their personal choice for prime minister to Istana Negara by 4pm today.

“His Majesty also confirmed that the declaration letter is intended to assist His Majesty in deciding the appointment of a member the Dewan Rakyat, which in His Majesty’s opinion, may gain the confidence of the majority members of the Dewan Rakyat as provided under Article 43 (2) (a) Federal Constitution,” he said.

In the statement, the comptroller also disclosed that Sultan Abdullah and Deputy Agong Sultan Nazrin Muizzuddin Shah of Perak recently gave an audience to the Chief Secretary to the Government, both the Dewan Negara and Dewan Rakyat Speakers, the Attorney-General as well political leaders from Umno, DAP, PKR, Bersatu, PAS, Amanah, Warisan, Pejuang, and Gabungan Parti Sarawak.

“Before concluding the audience yesterday, His Majesty also reminded the leaders and representatives of the major political parties that for the sake of harmonising the atmosphere, the winning member of the Dewan Rakyat should lend a hand to work with the unsuccessful and all parties should be prepared to work in a team.

“In other words, the winner does not win at all while the losers do not lose at all,” he said.

Tan Sri Muhyiddin Yassin resigned as the eighth prime minister two days ago, saying he no longer believed he commanded the majority support in Parliament even though he had yet to undertake a confidence vote in the Lower House as he intended to do next month. — Malay Mail

Previous ArticleSalcra Jaya investigating alleged misuse of trailer to transport illegal immigrants
Next Article PSB to back Shafie as alternative PM candidate, should Anwar fail to be chosen