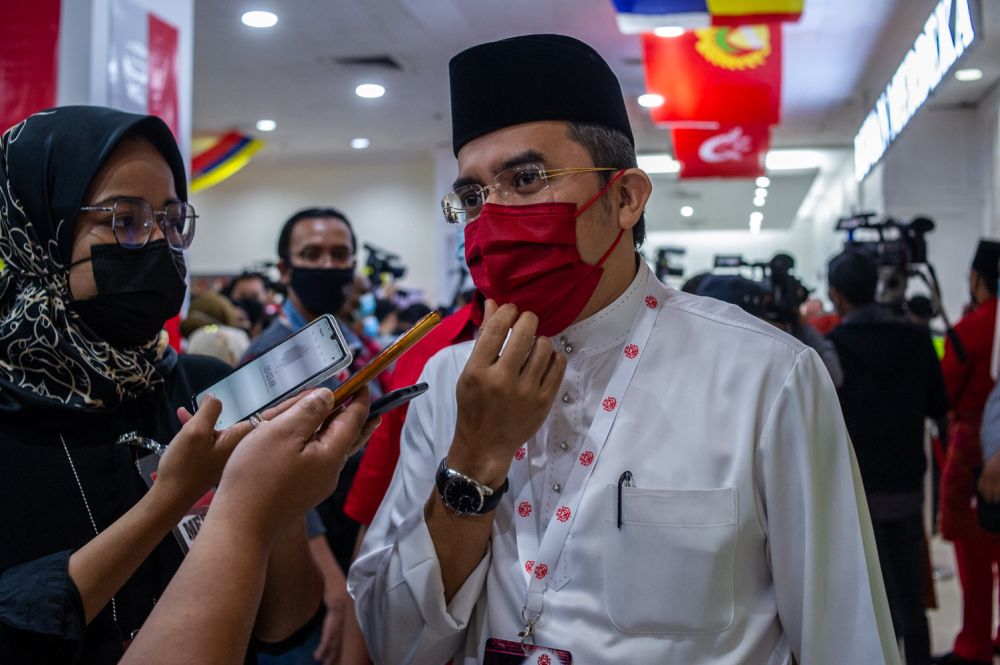 Asyraf says the Barisan Nasional prime minister candidate should create a Cabinet that can unite the different political parties but should not follow the previous PN government’s structure. — Photo by Shafwan Zaidon/Malay Mail

The Umno Youth chief took to Facebook today to share what he told his party’s supreme council meeting at the World Trade Centre here last night, ahead of its decision on who it would be nominating to be the next PM.

“Whoever from BN and Umno is named as the candidate for prime minister, should not be bound in any promise to retain the Cabinet structure,” Asyraf said.

“The candidate also needs to manage the prosperity of the rakyat and the national restoration agenda, before a suitable time to hold the 15th general election later on,” Asyraf said.

He added that there is a reason why the Agong emphasised that a vote of confidence must be taken in Parliament.

“This would validate the position of the Prime Minister, once he has been named by His Majesty,” Asyraf said.

The PN administration under Tan Sri Muhyiddin Yassin collapsed last Monday following the withdrawal of support by 15 Umno MPs for the coalition.

It had been in power for just 17 months, following the collapse of the Pakatan Harapan government in February 2020. — Malay Mail