Sunday, September 19
You are at:Home»News»Nation»Report: PAS fully behind Ismail Sabri to be next PM 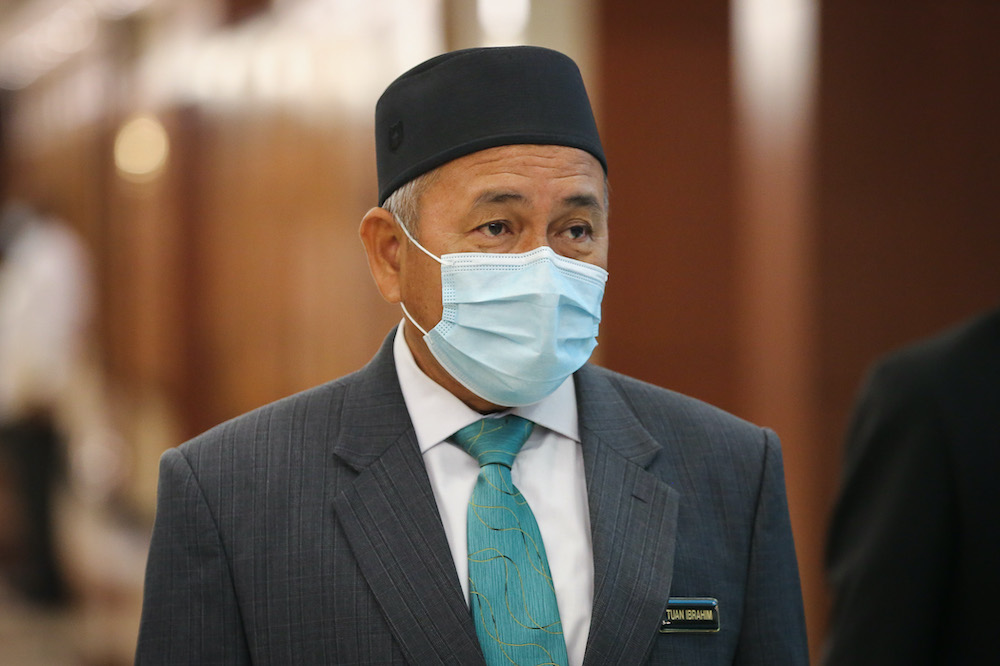 Tuan Ibrahim was cited as saying his party has readied statutory declarations to support Ismail as the next head of government. — Photo by Yusof Mat Isa/Malay Mail

“PAS unanimously supports Datuk Seri Ismail Sabri and we have completed the SDs a few days ago,” he was quoted as saying.

PAS has 18 MPs in the 222-seat Dewan Rakyat. A simple majority now would be the support of 111 MPs as two seats in the Lower House of Parliament are currently vacant due to the deaths of their incumbents.

PAS was also a component member of the Perikatan Nasional government that collapsed two days ago following the resignation of Bersatu president Tan Sri Muhyiddin Yassin as prime minister.

All the MPs have been given until 4pm today to submit in writing to Istana Negara their personal choice for the next prime minister. — Malay Mail