Wednesday, July 6
You are at:Home»News»Sarawak»Bersih 2.0 calls on Ismail Sabri for governance, institutional reform by next GE 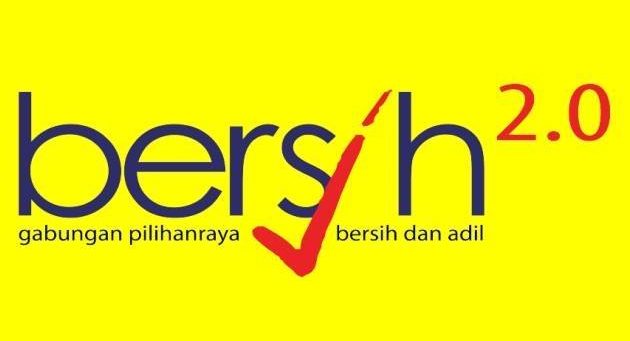 Bersih, in a media statement. said the urgings of the Yang Di-Pertuan Agong for “new politics” and for an end to the “winner takes all” political culture cannot materialize unless systemic and structural causes that contribute to the instability is addressed through amendments and enactment of laws.

SIBU (Aug 20): The Coalition for Clean and Fair Elections (Bersih 2.0) calls on Prime Minister-designate Datuk Seri Ismail Sabri Yaakob to pursue governance and institutional reforms as his priority, apart from handling Covid-19 and the economy, during his term in office until the next General Election due in less than two years time.

Bersih, in a media statement. said the urgings of the Yang Di-Pertuan Agong for “new politics” and for an end to the “winner takes all” political culture cannot materialize unless systemic and structural causes that contribute to the instability is addressed through amendments and enactment of laws.

“We reiterate our call for a vote of confidence to be moved in a special sitting of the Dewan Rakyat to affirm the appointment of Ismail Sabri as the 9th Prime Minister (PM). This should take place before the third session of Parliament is prorogued on 30 August 2021,” the statement said.

Bersih said efforts to achieve multi-partisanship must be achieved through the present parliamentary system of government where the role of the Opposition must be preserved and enhanced, instead of through a Unity Government or War Cabinet, where all parties with elected representatives are included in government.

“While the idea of unity is appealing, the cost of such a system of government would mean a bloated Cabinet, the loss of checks and balances, loss of scrutiny, loss of competition of performance and ideas, and no alternative for the people to choose.

“Unity would also be illusionary as rivalry for more lucrative posts and ministries would create more dysfunctionality and instability that will further plunge us into a political abyss,” it said.

As such, Bersih urged Ismail Sabri to learn from the failure of Muhyiddin’s administration where he failed to engage constructively with the Opposition but spent much of his 17 months in office trying to stifle and block his political opponents through suspension of Parliament and encouraging defections.

“Ismail Sabri has to immediately initiate discussions with Pakatan Harapan (PH) and other parties in opposition on governance and institutional reforms that would give meaningful roles to the Opposition in tackling Covid and the economy, and level the playing field for all parties. Agreements made through these discussions can be reflected in publicly signed Confidence and Supply Agreements (CSA) that include a clear timeline for fulfillment of these reforms before GE15 has to be called,” it said.

Adding on, Bersih also urged the Opposition bloc to give serious consideration to any overtures by Ismail Sabri and enter into negotiations for CSA that pivot on major governance and institutional reforms.

“Any reforms negotiated must be legislated instead of merely done administratively so that they can be sustainable. If PH is able to negotiate for some of these reforms, they would have fulfilled some of the promises they made in their last election manifesto, even as the Opposition. This would bode well for them as a reformist alternative government-in-waiting for GE15.”

Bersih said Ismail Sabri should also realise that his government won’t be stable and effective without the support and collaboration of the 13 state governments, only five of which are controlled by Umno, while three each are helmed by Pakatan Harapan (PH) and PAS, and one each by Gabungan Parti Sarawak (GPS) and Gabungan Rakyat Sabah (GRS).

“His government must break free from over-centralisation and share policymaking power with the States. Decentralisation should be part of the CSA.

“To ensure compliance to the terms of any CSA negotiated, amendments to the Dewan Rakyat Standing Orders to reduce the power of the PM as the Leader of the House to determine the agenda have to be made.

“For example, motions of confidence/no-confidence must take precedence over government business. This would empower the House as the legislative branch of government to hold the Executive accountable. As a starting reference point, the parties could refer to the 10-Point Cross-Party Peace Plan that Bersih proposed on 16 August 2021,” it said.

Bersih said these proposed reforms would benefit all political parties in the new political reality of multi-party coalition politics where no party can be confident that they can remain secure as government and the prospect of a minority government will always loom large n the background.

Parties would need to level the playing ground now so that they can compete fairly with each other on ideas and policies, and being in opposition is not political gulag or oblivion.

“It is incumbent on all political parties and MPs to come together at such times of health, economic and political crises and rise above partisan politics to forge a path to political stability that strengthens parliamentary democracy and makes politics work for the Rakyat,” said Bersih.