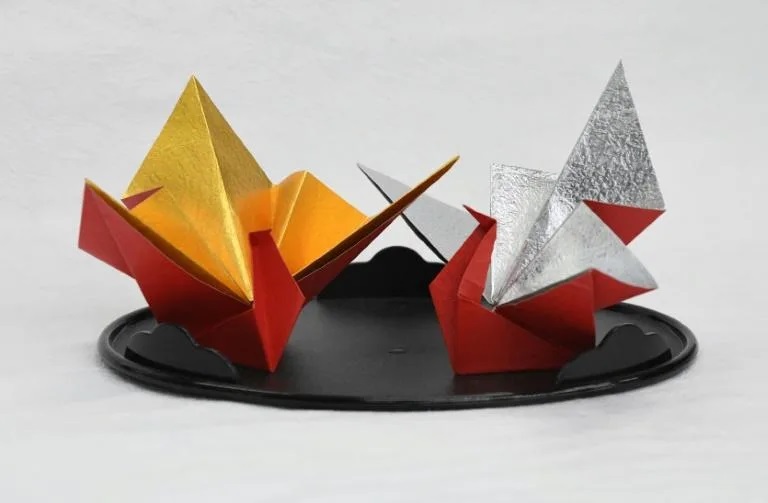 Paper cranes have been created for centuries in Japan, where they symbolise longevity. – AFP photo

Every day for a year, a Japanese diplomat has posted a near-identical Instagram video of the paper crane he has folded that day.

“Today is my 365th day in Seattle,” says Hisao Inagaki, consul general in the western US city, in a video posted Friday.

“I have folded a 365th crane while praying for everyone’s health and peace.”

It was a triumphant moment for Inagaki, 60, who arrived in the United States in August last year as the country was in the depths of the Covid-19 health crisis, and person-to-person contact was tricky.

“I started recording origami cranes because of the pandemic,” he told AFP in a video interview.

“I wanted to use my social media to send a message to everyone expressing my sympathies.”

So began his Zen-like meditation, in which every identically framed video shows Inagaki delivering the same message, with only the numbers — and his shirts — changing.

Paper cranes have been created for centuries in Japan, where they symbolise longevity.

“It is thought that folding 1,000 paper cranes is a prelude to good things,” says Inagaki, adding that 1,000 is not a precise number, and stands instead for “a lot.”

Not counting a two-day outage that kept him off the platform on days 193 and 194, Inagaki has remained faithful to his plan — and his script.

Day 195 marked a slight deviation, when he added an enthusiastic: “I’m back!” to the start of the video, before returning to his pattern.

Friday’s post saw the diplomat — wearing a suit for the occasion — showing off the numbers “365” constructed out of paper cranes.

“To keep (posting) every day, I thought it is better to be simple,” Inagaki says.

That simplicity makes Inagaki’s Instagram account almost hypnotic, with each 10- or 11-second video a self-contained piece of performance art.

Each folded crane is dated and preserved in a large box, but at the end of his Seattle posting, Inagaki says he would like to donate his works.

“I want to give them to someone… to provide these folded cranes to a nursery” or an old people’s home, he said.

Until then, he will keep on folding — much to the delight of his nearly 900 followers.

“I look forward to your videos overy day,” wrote one follower on Day 360.