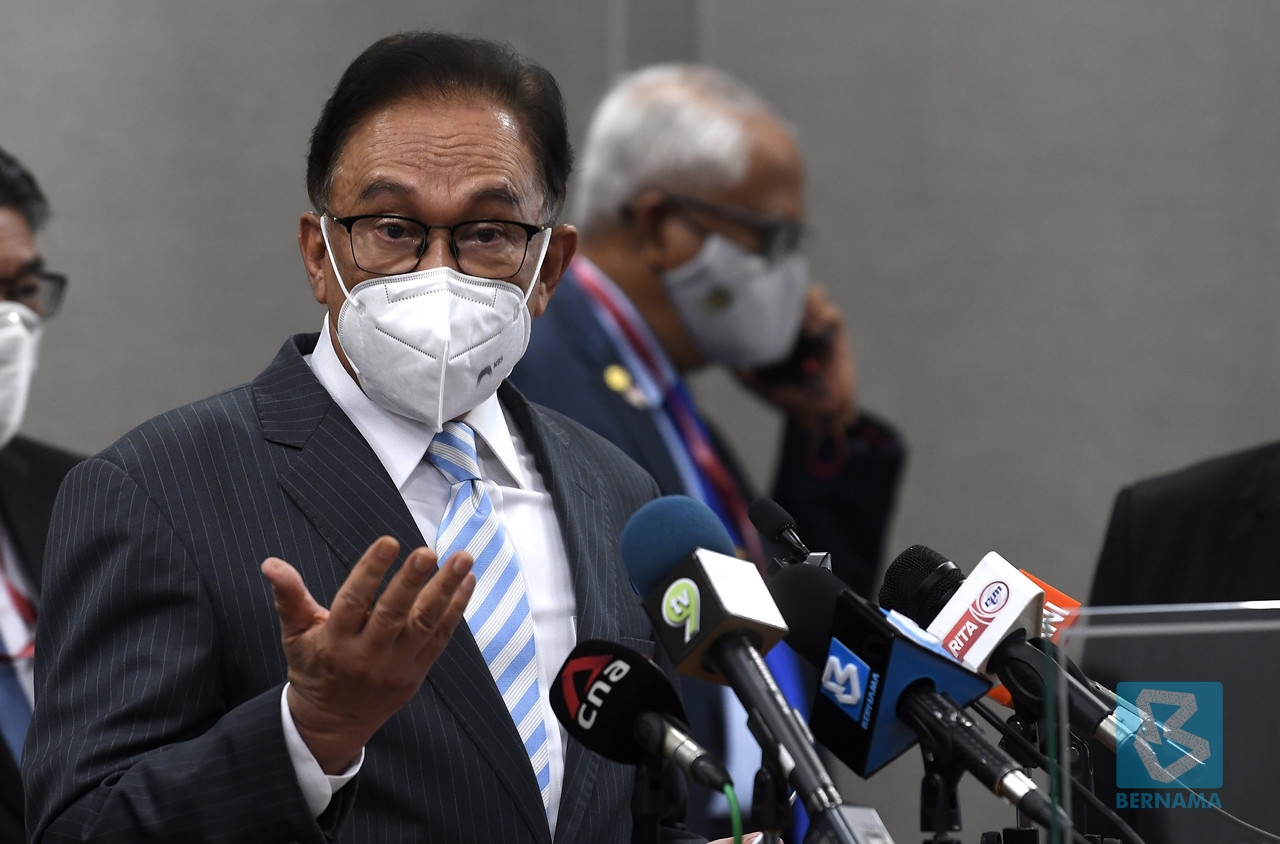 PKR Sarawak also expressed their hope for Anwar to be nominated as a prime minister candidate for the PH coalition come GE15. — Bernama photo

In a statement yesterday, they also expressed their hope for Anwar to be nominated as Prime Minister candidate for the PH coalition come the 15th General Election (GE15).

They expressed dismay over comments made by certain quarters who openly questioned the leadership of Anwar of late.

“Keadilan Sarawak is always of the view that Datuk Seri Anwar Ibrahim remains one of the best leaders in Malaysia and his name is well known throughout the world. His leadership is yet to be fully tested because he had not been given the mandate to head the country’s administration as Prime Minister.

“Therefore, Keadilan Rakyat fully supports Anwar to be chairman of Pakatan Harapan and to be nominated as Prime Minister candidate for the coming 15th General Election to gain the people’s mandate,” said the statement issued by PKR Sarawak Leadership Council.

They also called on all party members in Sarawak to unite and consolidate the party and grassroot support to prepare for the 12th State Election and GE15.

They hoped comrades in other PH component parties would not make statements pre-empting the PH Presidential Council that confuse supporters.

Anwar was one of the two nominees for the Prime Minister’s post following the resignation of Tan Sri Muhyiddin Yassin.

The post eventually went to Umno vice president Datuk Seri Ismail Sabri Yaakob, who was sworn in as the nation’s ninth Prime Minister on Saturday (Aug 22).

Ismail who is Bera MP had secured 114 nominations from members of parliament, giving him a sufficient majority to form the government.

This was after all 220 MPs had been asked to name a prime ministerial candidate via statutory declarations (SD), which were later verified by the Yang di-Pertuan Agong via his one on one audience with the lawmakers.